After playing out a thrilling 2-2 draw with NorthEast United, Goa will hope to bounce back to winning ways as they gear up to host the Kerala Blasters at the Fatorda Stadium on Sunday.

The Gaurs are currently sixth in the league table, after a rough patch of results having won just once in their previous five outings. The Blasters meanwhile have fared much better, with three wins in their previous five games however, they were on the receiving end of a 4-0 hammering at the hands of league leaders Mumbai City earlier in January.

Coach Ivan Vukomanovic got a fortnight to work with his players since they didn’t feature in matchday 15 and hopefully the Serbian would have worked his magic to inspire his side back to their best.

Having played a game lesser than second-placed Hyderabad, a win would help the Tuskers stay within touching distance of the Nizams. Meanwhile, for Carlos Pena’s side, they would want to boost their top-six credentials and put an end to their barren spell.

As mentioned above, as far as these two sides are concerned, the club from Kochi have fared much better in recent weeks, as compared to the Goan outfit. Vukomanovic’s side has risen to third place in the league standings having taken 25 points from 13 matches, recovering well after a shaky start to the campaign.

They did beat East Bengal in their first match of the new season, but three defeats back-to-back against ATK Mohun Bagan, Odisha and the Islanders had the alarm bells ringing. Thankfully the Serbian was able to put out the fire as the Blasters responded in stunning fashion winning 7 of their next 8 games, dropping points just once, during a 1-1 draw with Chennaiyin.

En route to their winning run, the club from Southern India defeated the defending champions Hyderabad, overcame Jamshedpur twice and also prevailed 3-1 over the Gaurs. Before their most recent 4-0 reverse against the Mumbai-based club, their last defeat in the league came all the way back in October last year, that too, at the hands of the Islanders.

On the other hand, Pena’s men began brightly, but they have been marred by inconsistency. After beginning their campaign with wins over the Red and Golds and the Marina Machans, they were tamed by the Nizams. A win over the Red Miners was followed by a defeat against the Blasters.

They dominated the Mariners 3-0, but then lost 0-2 to Bengaluru, followed by a 4-1 hammering at the hands of Des Buckingham’s table toppers. While the club from Fatorda did win their next two matches against the Juggernauts and the Highlanders, they have drawn twice and lost twice in the lead-up to their encounter against the Tuskers.

As far as the head-to-head record is concerned, historically the Gaurs have dominated their opponents. They have won 9 times, while the Blasters have been victorious just 4 times, with 4 matches ending all square. Indeed Vukomanovic’s men won the most recent meeting 3-1 in front of the noisy Manjappada earlier this campaign.

It should be an interesting battle as both sides like to keep hold of the ball and no quarter will be given or asked. Both teams have a settled playing XI and neither coach will tinker too much with their tried and trusted formula.

Pena’s side will line up in their ever-reliant 4-2-3-1, with Dheeraj Singh between the sticks, behind a back four of Sanson Pereira, Anwar Ali, Fares Arnaout, and Aibanbha Dohling. The midfield duo of Ayush Chhetri and Edu Bedia will be in the engine room while the attacking quartet of Brandon Fernandes, Iker Guarrotxena, Redeem Tlang, and Noah Sadaoui will be tasked with the goal-scoring burden.

On the other hand, Vukomanovic is also likely to set up his side in his favored 4-4-2 formation with Prabhsukhan Gill likely to keep his place in goal, marshalled by a back-four of Harmanjot Khabra, Hormipam Ruivah, Jessel Carneiro, and Victor Mongil. First-choice defender Marko Leskovic is back in training after nursing his injury but it would be difficult for him to straightaway return to the starting XI. 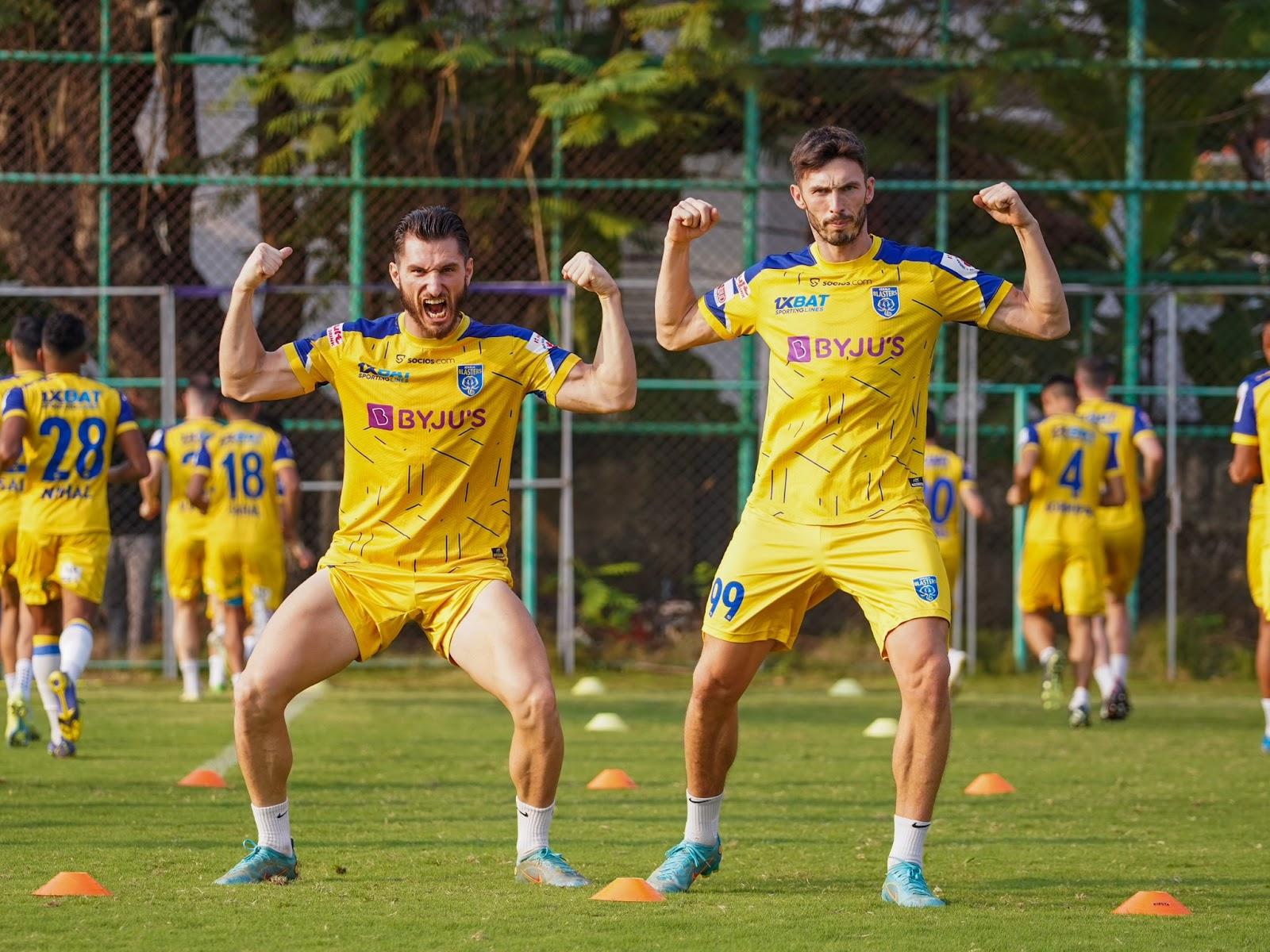 In the midfield, Sahal Abdul Samad and Rahul KP are expected to provide width on the flanks, with Jeakson Singh also expected to start in the middle of the park, but it remains to be seen who gets the nod between Ivan Kalyuzhnyi and Apostolos Giannou as the fourth overseas player of the team. Luna would be at the heart of the Blasters’ creative force with Dimitrios Diamantakos starting up-front.

Judging by the recent performances of both sides, the Blasters have a slight edge however, with the home support cheering them on, the Gaurs will also fancy their chances of grabbing all three points. Given the firepower in both ranks, they may well share the spoils.