Goa is hoping for a new dawn

It has only been five months since Hyderabad lifted the glittering Indian Super League trophy for the first time in their history, but now, it seems like a tale from ages ago. The focus has shifted completely to the 2022-23 ISL season and this time around, many ‘fallen heroes’ will look to emulate the phoenix by rising from the ashes, with Goa being one of those sides. Parimatch News brings an exhaustive analysis of Goa ahead of the upcoming season.

The ISL League Winners’ Shield-winning team from 2019-20 had a nasty fall from grace last season, but having roped in former player Carlos Pena as their new head coach, the Gaurs are hoping for a new dawn.

The season Goa had in the 2021-22 edition of the Indian Super League can be justifiably explained using only one word – disastrous. For a team known for always being among the frontrunners, the Gaurs saw themselves spending time with the back-markers instead in the last season.

They started their campaign with three back-to-back defeats, before finally breaking the duck by beating East Bengal, who finished at the very bottom of the table. That victory was followed by a string of three unbeaten games until the bubble burst when ATK Mohun Bagan defeated them.

The Mariners not only took three points but also the Gaurs’ head coach, Juan Ferrando. Derrick Pereira had a decent start to his stint, but things started going downhill in late January. A 5-0 win against Chennaiyin was Goa’s only positive outcome from the second half of the season.

Overall, they could only win four matches over the season and finished in 9th place with 19 points from 20 matches. It was their worst-ever finish in the history of the competition, and also the first time since 2016 when they failed to qualify for the next round.

Goa has made a few shrewd signings in the summer transfer window, although they did not make too many acquisitions. The Gaurs made a couple of Indian signings in Arshdeep Singh and Ayush Dev Chhetri.

Arshdeep, the young custodian from Punjab, played for Odisha last season. Though he was not the first-choice keeper at the start of the season, he eventually ended up finding a place in the starting XI. He made eight appearances in total and kept two clean sheets – against NorthEast United and the heavyweight ATK Mohun Bagan.

Ayush, on the other hand, is a promising 19-year-old defensive midfielder from Manipur. He played for I-League club Aizawl in the last season, where he made 10 appearances and scored three goals – against Sudeva Delhi, Gokulam Kerala and NEROCA.

Besides these two new signings, the Gaurs have also acquired the services of five overseas players. Fares Arnaout and Marc Valiente have been signed to play the role of the defensive leaders.

Arnaout is a 25-year-old Syrian centre-back who has made 10 appearances for the national team, five of them coming in the last year itself. In the 2021-22 season, he played for Manama Club in the Bahraini Premier League.

Valiente is a 35-year-old Spanish central defender with an excellent resume, as he has previously played for Barcelona and Sevilla. The La Masia product played in La Liga 2 for Sporting Gijon last year, making 16 appearances in the Spanish second flight. 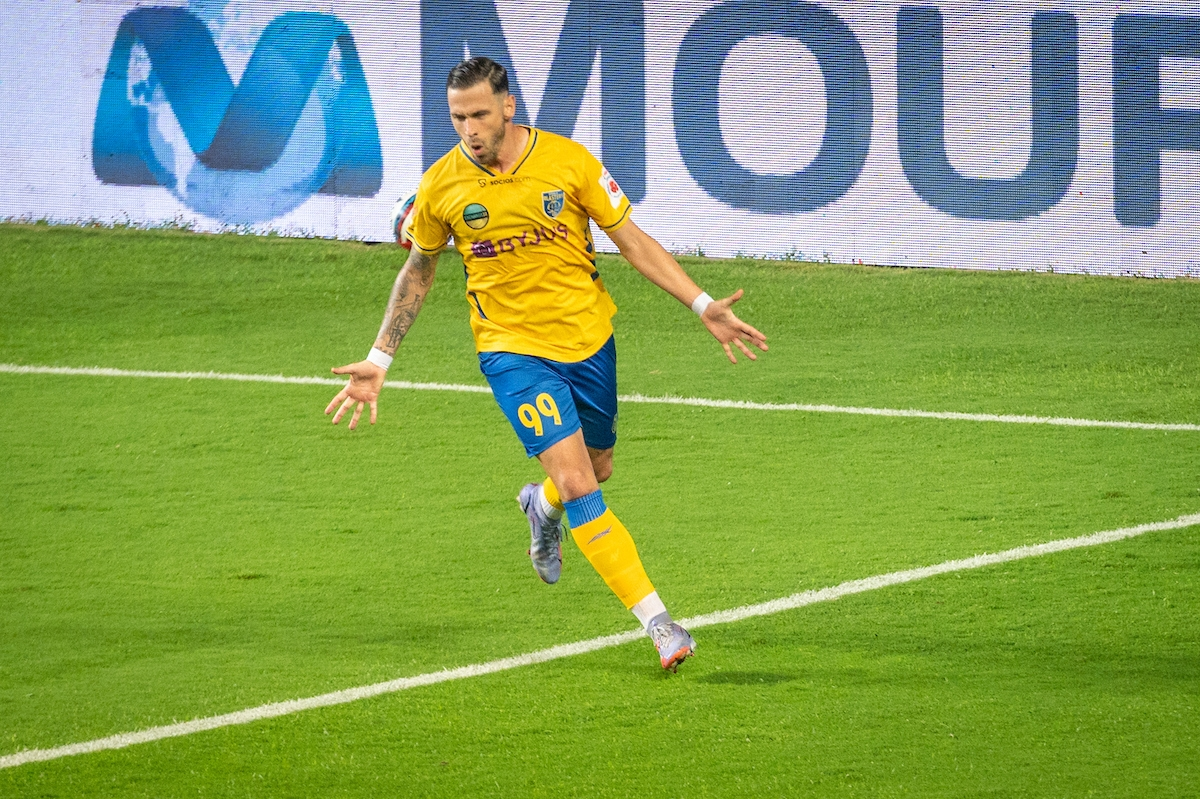 Alvaro Vazquez has been signed from Kerala Blasters

The onus of scoring the onus will lie on the shoulders of Alvaro Vazquez, the Spaniard who has been signed from Kerala Blasters. In last season’s ISL, he made 23 appearances, scoring 8 goals and also giving a couple of assists.

Goa has also signed two left-wingers in Iker Guarrotxena and Noah Sadaoui. Guarrotxena had a fantastic season in 2021/22, as playing for Longores in the Primera Division RFEF, he scored 14 goals in 37 league appearances.

Sadaoui is a 29-year-old Moroccan winger who made four appearances for his national team last season. At the club level, he was representing his nation’s team AS FAR, where he made 15 league appearances and scored one goal. 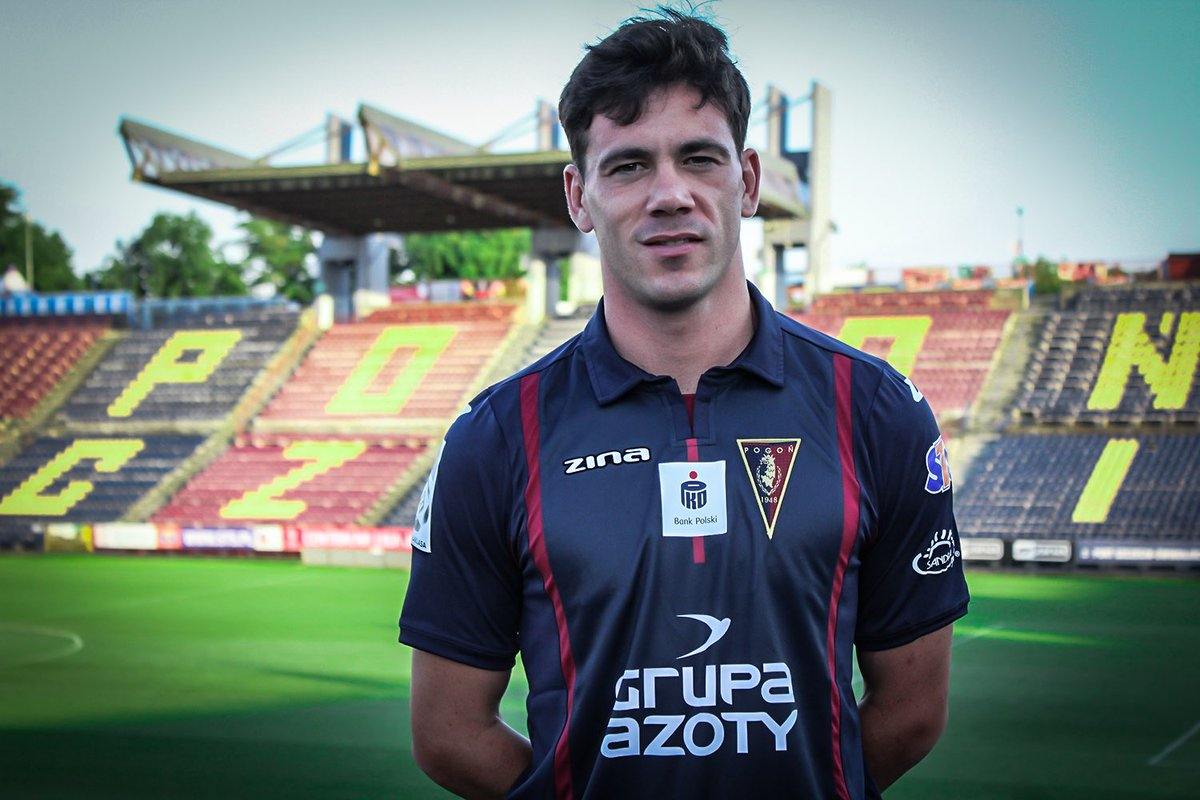 One of Goa’s main strengths this season is going to be their midfield quartet. Edu Bedia is expected to operate from the centre of the park, and he is expected to be paired up with either Glan Martins or Princeton Rebello – both of whom are tireless workers.

But more importantly, the wing play is not expected to be a cause of concern this season. In Guarrotxena and Sadaoui, Goa has two supremely talented overseas wingers, while Brandon Fernandes will also be raring to make his mark once again after much of his last season was marred with injuries.

Goa conceded 35 goals last season, with only NorthEast United and East Bengal conceding more goals. If he wants his team to be in contention for the top six, Pena must strengthen the defense. The signings of the two centre-backs will certainly bolster their ranks, but the full-backs will need to step up.

The departure of Mandar Rao Dessai is still haunting the Gaurs, and in 2021-22, the likes of Seriton Fernandes, Saviour Gama, Leander D’Cinha and Sanson Pereira failed to impress. Besides that, goal-scoring might still be a concern for the Gaurs.

They have signed only one out-and-out box striker in Vazquez, and any injury to him will be significantly detrimental. Devendra Murgaonkar is not particularly consistent, and though he has played as a striker before, Guarrotxena’s preferred position will be on the flanks.

Given the changes in the team, and especially the overseas acquisitions, it is expected that Goa will have a much better season than last year. With the new ISL format giving every team in the top six a shot at the glory, it is expected that the Gaurs will at least make it to the eliminators. However, with teams like Mumbai City, Hyderabad and Bengaluru boasting of better squads, hopes of winning the title could be far-fetched.