Fighting for the Scudetto: Milan thrashed Parma after Ibrahimovic was sent off 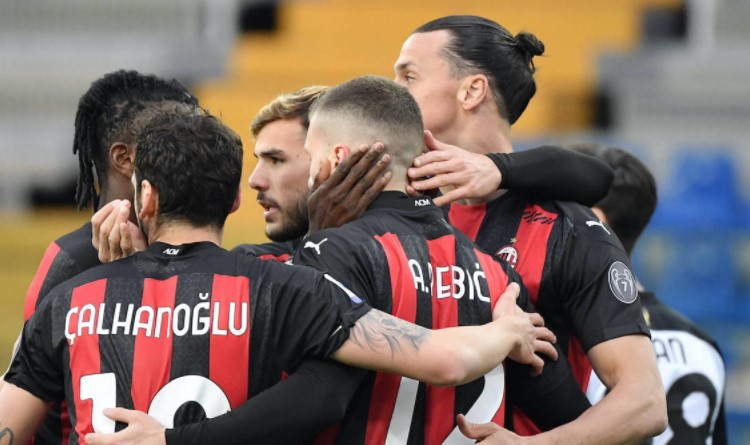 AC Milan gained 63 points, Inter is 7 points ahead with the game in hand

AC Milan thrashed Parma 3-1 away in the 30th tour of Serie A. Rebic, Kessie and Leão all scored goals for the Rossoneri.

First, AC Milan forward Zlatan Ibrahimovic delivered to Ante Rebic, who netted a spectacular goal in the 8th minute. Frank Kessie doubled the lead at the end of the first half.

Interestingly, Milan played the game with ten men after striker Zlatan Ibrahimovic was sent off in the 60th minute after exchanging words with referee Fabio Maresca.

Immediately after the suspension, the hosts answered with one goal but Milan managed to go back home with three points, Rafael Leao secured the third goal in the 90th minute and made it look as an easy victory.

You can watch the highlights here:

On 5 April, sports journalist Fabrizio Romano wrote about the fact that Zlatan was going to extend his contract:

“AC Milan are ‘confident’ that an agreement will be reached soon with Zlatan Ibrahimovic for the extension of his contract. The current one expires in two months, but AC Milan and Zlatan want to move forward together until June 2022.”

After the match, he confirmed:

“Zlatan Ibrahimovic is set to sign a new contract with AC Milan until June 2022, the agreement reached and here we go. Paolo Maldini just confirmed to Sky Sport: ‘Yes, it’s just a matter of details…’ Ibra will be 40 y.o. in October.”