FIFA tightens rein on the agents. What is the plan? 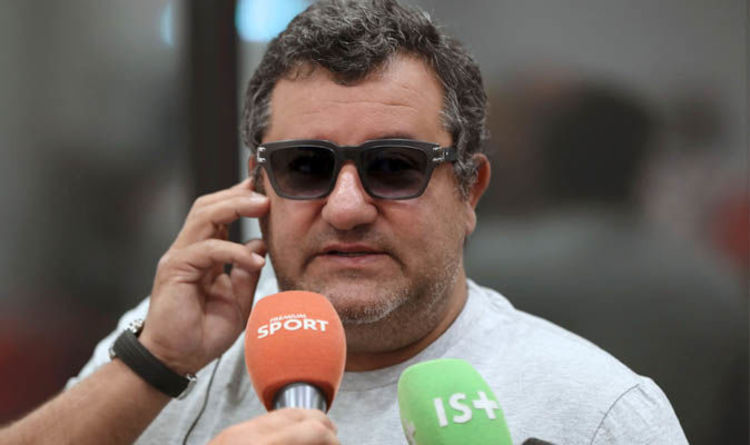 Mino Raiola, one of the most famous football agents. His clients are Zlatan Ibrahimovic, Paul Pogba, Matthijs de Ligt

New regulations to be introduced next year mean that FIFA will forbid agents to take more than 10% of the transfer amount as well as making these commissions public. This will affect the tricky schemes of Raiola and Mendes.

The revenues of soccer agents are growing rapidly. From 2015 to 2019, commissions have increased more than twice and have already reached $653 million for the year (297,9 in 2015). Just to compare: Netflix’s revenue is growing at the same rate – plus about 30% a year. Last season, only Premier League clubs paid out more than $250 million to agents.

Most of this massive multimillion-dollar business is in the hands of super-agents (for example media giant Creative Artists Agency that bought Base Soccer Agency and ICM Partners that owns Stellar). The most popular agents are: Mino Raiola, Georges Mendes and Jonathan Barnett (they earn about $50 million each year).

Here is one example: the transfer of Paul Pogba from Juventus to Manchester United.

Pogba returned to his former club, Manchester United, in 2016 on a five-year contract

We all remember that Man Utd spent €105 million on the deal, but a quarter of the amount did not reach Turin: according to former Juventus general manager Beppe Marotta, the club gave the agent Mino Raiola €27 million. One authoritative publication claims that the Dutchman earned €49 million!

The tricky scheme looked like this, Raiola represented two sides:

“It’s not nice always to hear this same preconception,”

“But maybe the public can also think: ‘If this man is so greedy and so bad, how are his players all happy and stay with him?’ I would be lying if I said it didn’t bother me…how can you judge if I was a good agent for Ibrahimovic? The only one who can judge that is Ibra himself. I don’t have power and influence… my job is to get the best deal done for my player. And no more than that. And doing that is to provide him with a whole range of services that people don’t even know. My players don’t call me a parasite, and that’s who I work for. I only care what my players call me.”

FIFA decided to crack down on this kind of power of agents.

The third round of consultation on the new regulations will include a licensing system, character tests and commission caps.

They will also see the publication by FIFA of the money agents receive from their clients – both players and clubs. The new regulations will also prohibit conflicts of interest, such as club or national association officials owning stakes in player agencies.

Asked why the only cap was on commission, Fifa’s director of football regulatory James Kitching said:

“It’s a matter of perception. If I’m telling somebody, ‘I’ll take 10%’, somebody might think that’s a small number and that’s fine. But if it’s 10% of £20m, that changes the perception. We need to change the perception and the activity in the market. Many of the practices which we describe as excessive and abusive derive from the types of commission payments that we’re describing right now. What we’re trying to do is bring in basic service standards. I’m not saying large numbers automatically lead to abusive practices, but an agent who acts on your behalf has a fiduciary duty to act in your best interests. Sometimes big numbers may cause an agent to not act in the best interests of the client.”

Agents will be consulted between now and the spring of 2021, and they will all receive the draft regulations and be asked for feedback. The regulations will then go forward for Fifa Council approval between March and June next year before coming into force in September.

Mino Raiola – who is president of the Football Forum, an organisation set up to represent the interests of leading agents and their players – is vehemently opposed.

“We are not talking to FIFA anymore,”

he said, criticising the extent to which agents had been consulted on the new proposals.

“I think at the end, there will be a court case. I have no problem with any transparency. There are governments that check us fiscally, legally every day. What we have a problem with is the people that don’t know how a transfer works, trying to make rules that are ridiculous.”