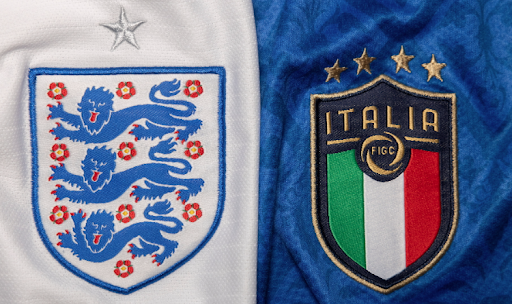 England will host Italy at the Molineux Stadium in the UEFA Nations League. The match will take place on June 12, beginning at 00:15 IST.

The English team did not perform at their best in the Nations League last season, finishing third in their group and failing to progress to the play-offs of the tournament. They ceded second place to Denmark, which had the same number of points, but were higher on additional indicators, specifically on the better difference in face-offs played. At the same time, they were five points behind first-placed Belgium and lost twice to them.

In the recent World Cup 2022 qualifiers, the Three Lions successfully achieved their objective of securing direct entry to the Mundial by taking a confident 1st place in their group. They were unbeaten at the stretch of 10 matches and scored a total of 26 points.

They managed to edge second-placed Poland by 6 points and third-placed Albania by 8 points. That said, the British have been amazingly productive in the tournament, scoring 39 goals, an average of almost 4 per game, and conceding just 3 goals in 10 games.

As for the pattern of unconvincing performances in the Nations League, it continues. The Islanders lost their first game of the new tournament campaign to the Hungarians and then, as Gareth Southgate admitted, he had to have a serious therapeutic session to get his men in the right frame of mind:

“We were encouraging the players that a top team do not lose two games in a row, and they reacted in the right way.”

Serious talk only helped to a certain extent – Harry Kane snatched a draw against Germany in the final minutes. But for a team of European Championship finalist level, getting draws against rebuilding teams thanks to penalties is a worrying outcome. The only joy is that, for Kane, it was his 50th goal in the national team shirt. He has three more goals to become England’s all-time leading scorer – at least one Englishman seems to be motivated for every Nations League game.

Understandably, the players are indeed tired after a gruelling season playing for the best teams in the world, but the depth of the squad and the mix of such talents should clearly be enough to fight for maximum results in the tournament. After all, the other national teams have similar situations in terms of fitness сondition.

Don`t miss out 👉: Netherlands vs Poland: Preview and Prediction

Italy, on the other hand, completed the group stage in the last Nations League pretty well: finished first, with 12 points from six games. They were just one point ahead of the Netherlands, whom they defeated in one of their head-to-head encounters and drew in the other. As for the third Poland, they managed to beat them by 5 points. In total, in their 6 games they have recorded 3 wins, 3 draws and no defeats. In the play-offs the Azzurri lost the semi-final but managed to claw their way into third place by beating Belgium.

As for a major disappointment that probably shocked a lot of even neutral fans: the Italian team failed to qualify for the 2022 World Cup. They finished 2nd in the group qualifying tournament before losing unexpectedly to demure North Macedonia (0-1) in the semi-final, although the Blues were much better, but the realisation on the day was abysmal – simply bad luck.

For the current Nations League draw, Italy are performing relatively well, again in contrast to England. Mancini’s team are top of Group 3 in their group and have scored 4 points in 2 matches. They are 1 point ahead of second-placed Hungary and 2 points ahead of third-placed Germany.

In the opening game of the tournament, Italy drew 1-1 with the Bundesteam where they were the first to open the scoring in the second half but conceded almost immediately. But in the second round, they beat Hungary (2-1) at home, where they managed to get a 2 goal lead at the end of the first half, but then in the second half they got somewhat relaxed and after the conceded goal they settled the match cautiously.

It should be noted that the coach was wise in using all five substitutions. Thanks to them, they managed to maintain a high tempo throughout the match. If it wasn’t for the opposing keeper – Denes Dibusz – the scoreline would have been a smashing one. The coach deserves the highest praise, under his guidance the national team seems to have come out of stagnation and returned to its previous level.

The drastic changes after the WC Qualifiers failure and the 0-3 defeat to Argentina in the Finalissima have so far only borne good effect. As we recall, it was under Mancini last year that Italy set the record for a biggest unbeaten streak in all official competitions at the international level (37 matches). Now, the specialist seems to have found a new key to success.

He is now preparing a new generation of Italians for UEFA EURO 2024. The young players are working hard to prove their worth. No additional motivation is required. However, it is risky to assume that they will not lose the upcoming encounter. The fact is that the meeting will take place at the Moulinex Stadium in Wolverhampton, home stands represent a serious advantage for the Southgate`s men.

Don`t miss out 👉: Wales vs Belgium: Preview and Prediction

The English and Italians have produced the following results in their last three face-offs:

Statistical preview of the match England vs Italy:

“I expect a tough game, as all matches against England are tough. We have not yet decided who will play, we will see after the last training session. That goes for [Wilfried] Gnonto and the others, especially those who have played two matches in a row. It will be a different match from the [UEFA EURO 2020] final.”

“It’s important our players understand how we want them to play; we give them a structure but we want their own individual talents to come out. It’s a balance between knowing we’ve got to win matches but also trying to find out about players and getting good experiences. It’s been great to have time with the players; they’ve been really receptive to our ideas.”

The upcoming meeting will be very tough for both teams and it’s hard to pick a clear favourite here, given the teams’ results in recent matches, which have been unstable. Still, the home field factor should play into the hands of the English and plus they need to get out of the bottom of the table, so a slight preference is still in their favour. Especially given the extra motivation to get revenge for the disappointing Euro 2020 final.

England have a terrific squad, but they often lack the character to beat equally strong opponents. Gareth Southgate’s occasional questionable decisions only add more oil to the fire. Italy, in turn. are past their best, winning the 2020 UEFA European Championship, and have renewed significantly after a run of poor performances. The revamped squad is sharper in attack, but their defensive fortitude is still lacking.

At the same time, we do not think there will be many goals, as the game will be very viscous and defensive, considering the defensive style of the Italians. But judging by the teams’ trends, including face-offs – the squads are likely to score at least a goal each.

Don`t miss out 👉: India vs Afghanistan: Preview and Prediction

We say: England will not lose and both teams to score – Yes.