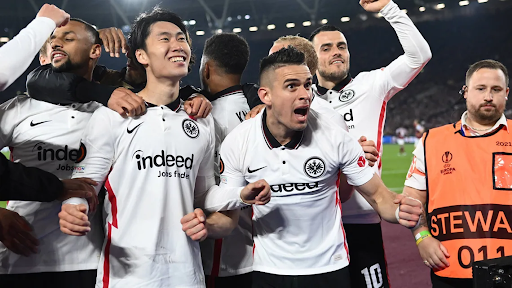 Given how enthralling the 2021/22 UEFA Champions League semi-final’s first leg fixtures were, expectations were high from the UEFA Europa League to follow suit, and while we did not witness a goal-fest, the quality on display was certainly impressive. Eintracht Frankfurt stunned West Ham United to secure a 2-1 triumph, whilst Rangers suffered a 1-0 defeat at the hands of RB Leipzig.

Check out what happened in the first leg of the 2021/22 UEFA Europa League semi-finals: 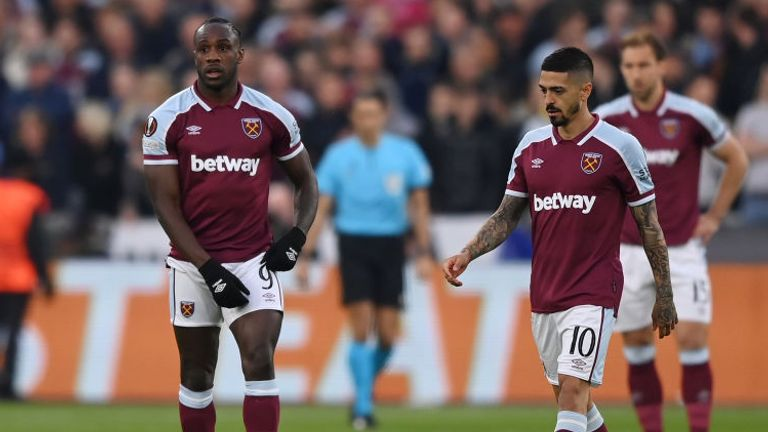 Given that they were playing away against a formidable West Ham United team, many expected Eintracht Frankfurt to come out second best in their fixture but they proved everyone wrong, registering a 2-1 triumph.

The Eagles drew first blood and opened the scoring in only the first minute of the match when the two heroes of the Barcelona triumph, Ansgar Knauff and Rafael Santos Borre combined effectively. Santos launched a cross for Knauff and the Borussia Dortmund loanee did well to head it home past Alphonse Areola in the Hammers’ goal.

David Moyes’ team got back in the game in the 21st minute when Jamaican goal-machine Michail Antonio found the back of the net following a set-piece.  West Ham United ended the half strongly and created quite a few opportunities, but could not deliver the killer blow.

It turned out to be costly as unlike them, Oliver Glasner’s team did deliver the killer blow in the 54th minute when Japanese midfielder Daichi Kamada’s shot rippled the net. The Hammers tried all they could to restore parity for the second time on the night but it was not to be, as Glasner’s backline remained resolute. 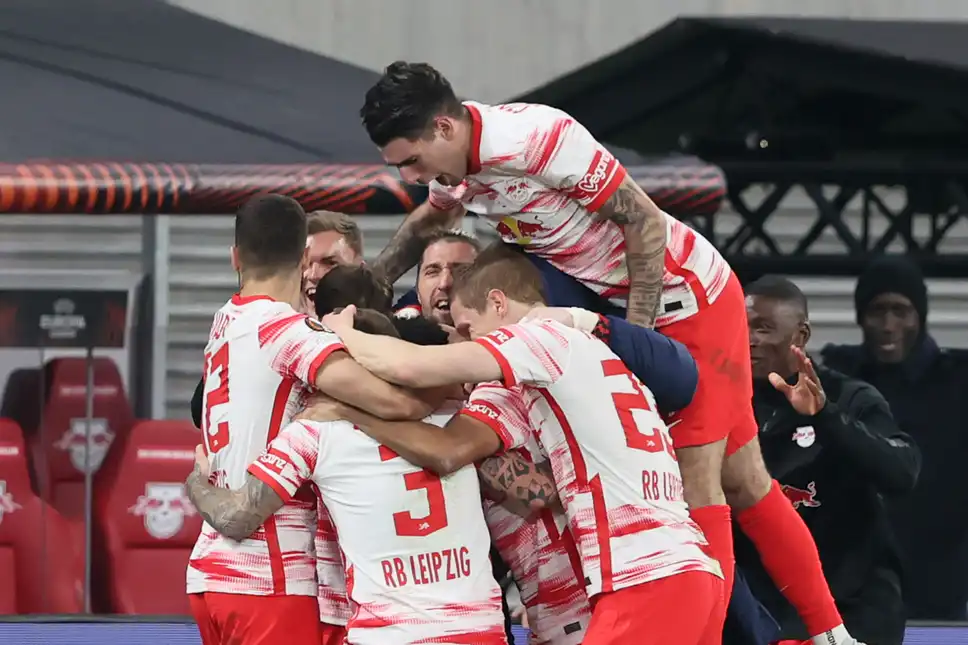 Rangers have done exceedingly well to make it to this stage of the competition by beating renowned teams like Borussia Dortmund and Braga, but RB Leipzig was always likely to be too big for them to tackle, and it turned out to be true as the German outfit dominated this fixture from start to finish.

They had 71% ball possession and also played 789 passes – more than twice of Rangers’ tally. However, the Glasgow-based team need not be too disappointed as they lost by the narrowest of margins, with Angelino’s goal securing a 1-0 triumph for Die Roten Bullen.

Leipzig had all the possession in the world in the first half but could create many creat-cut opportunities. Instead, the Rangers players had a few good chances at the start of the second half where James Tavernier and Connor Goldson could easily have got their names on the scoresheet but failed to take the lead.

RB Leipzig found a hero in the 85th minute as Rangers’ custodian Allan McGregor had no answers to Angelino’s left-footed shot. Giovanni van Bronckhorst’s team never looked particularly threatening and they will aim to offer a bit more threat in terms of attacking quality in the second leg.