Dimitri Petratos produced a top-drawer long-range shot as a resilient ATK Mohun Bagan took all three points in a 1-0 win against Bengaluru at the Sree Kanteerava Stadium on Saturday. The loss was Bengaluru’s fifth one of the Indian Super League 2022-23 season whilst this was ATK Mohun Bagan’s fifth win of the season.

Since their defeat to Chennaiyin in their opening game of the season at the VYBK Stadium, ATK Mohun Bagan has secured three straight wins at home. However, the Mariners had only managed to secure one win on the road this season prior to this game and the same was almost guaranteed this game as well until Petratos’ strike.

The home team made one change to their starting XI, with Sunil Chhetri replacing an injured Udanta Singh. ATK Mohun Bagan made two chances, bringing in Lenny Rodrigues and Petratos – two men who were vital to the final result.

It was Bengaluru that started the match on the front foot, troubling ATKMB’s backline with a high press. They were almost instantly rewarded for their approach in the 5th minute when Pritam Kotal was pressed during a goal kick and passed the ball straight into the path of a rushing Javi Hernandez, who found himself one-on-one with Vishal Kaith but only hit it into the goalkeeper’s body. 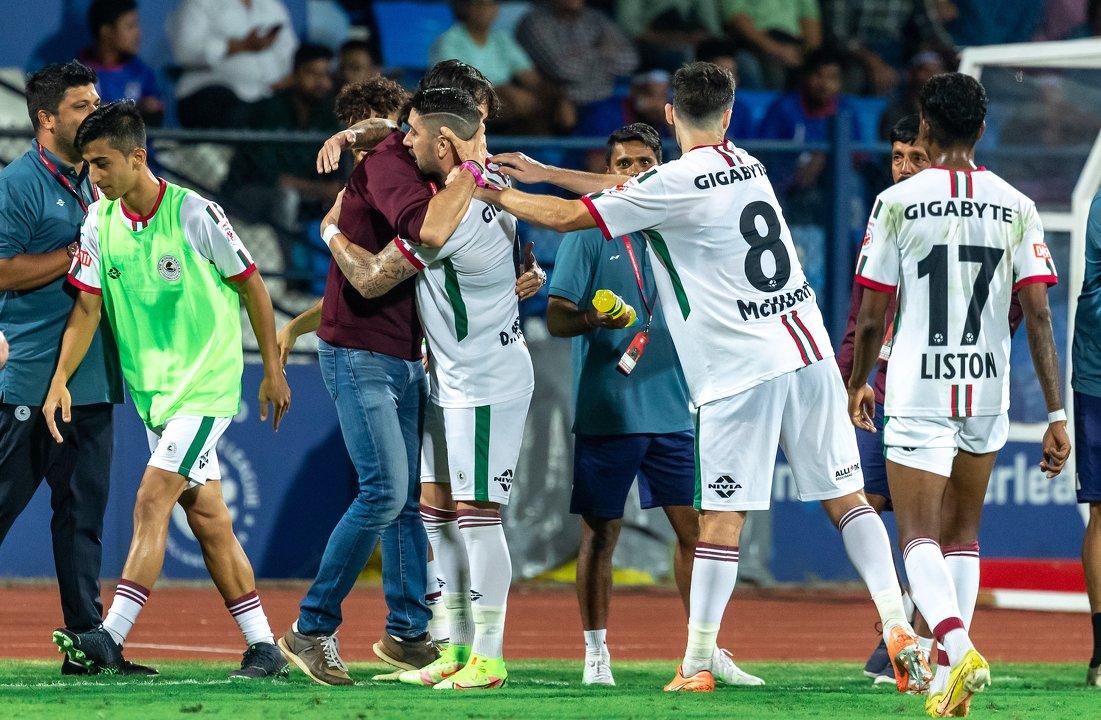 ATK Mohun Bagan only got into the game after the 30-minute mark, but in a cagey first half full of sturdy tackles, they found no rhythm to turn their comfort into a shot on target. Their best chance came from a Subhasish Bose cross from the left which caught Bengaluru off guard and allowed Liston Colaco to get his head on the ball on the far post, albeit with no control over it.

But they produced a moment of magic in the 66th minute when Bengaluru was sloppy in possession. Ashique Kuruniyan stole the ball from Suresh Wangjam and nudged it to Hugo Boumous. He teed it up for Petratos, who picked the ball up on the turn and unleashed a powerful curling shot from outside the box to beat Gurpreet Singh Sandhu comprehensively to his left.

More mistakes at the back were left in the game, as a poor pass from the back allowed Roy Krishna a free run at the goal in the 69th minute. The striker tried to get a low shot in but couldn’t get it on target.

In the 85th minute, Bengaluru got a chance to level the game when a deft touch in a crowded area from Hernandez found substitute Sivasakti unmarked at the edge of the box. The forward’s first touch took the ball away from him and he could only poke it into the crossbar. That was to be the last substantial effort from the home team, who have now lost to both Kolkata clubs at home this season. 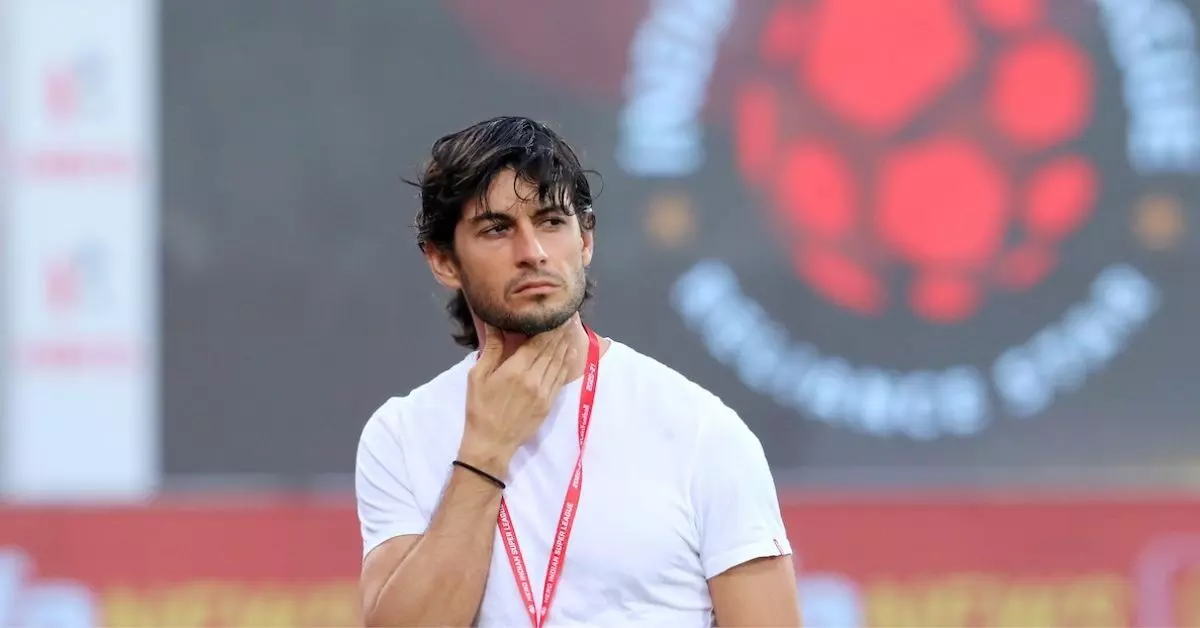 Ferrando stated after the end of the game that he is not happy with the team’s position on the points table stating that he wants his side to be at the top of the tally.

“Of course, we are thinking all the time to be in a better position. This is our mentality, but in every match, it’s necessary to work.

“Everybody knows about the situation at this moment. Six-seven teams are very close and the difference in points is very minimal. It’s necessary to continue working and get three points every game. We want to improve and fight until the last moment. We’ll see what happens in the next month.”

The win keeps ATK Mohun Bagan in 4th place with 16 points, two behind third-placed Odisha. They host Jamshedpur next on Thursday while Bengaluru stays in 9th place with seven points. They travel to face Kerala Blasters next Sunday.