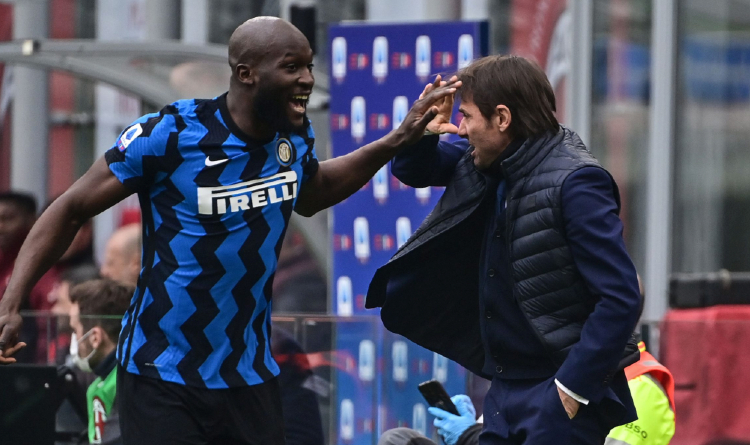 On Matchday 23 of the Italian Serie A the fate of the first place in the Milan derby was decided by Inter with a confident 3-0 win over Milan. Lautaro Martinez netted a goal and Romelu Lukaku also scored a goal for the Nerazzurri.

After the match, Inter’s head coach, Antonio Conte summed up the results of the match of the 23rd Serie A with AC Milan (3-0):

“A great match, let’s not forget that it was a high-level derby. The players acted really well. We continue to develop along the path we took a year and a half ago. I congratulate Pioli and Milan for what they have achieved. Psychologically, I’m more worried about the matches against Genoa and Parma, next. These will be very difficult games, we will need to prove that we have really made a quality leap and are able to stay on top until the end of the tournament”.

Also, Conte mentioned the importance of implementing his own ideas on the part of the players.

“The coach’s job is to put all the parts of the squad together and help the players grow by getting into my ideas. We have very specific ideas in terms of possession and playing without the ball. And I’m especially proud of how Perisic and Eriksen have added. Barella was able to figure everything out at once, while others, like Eriksen, needed more time. We beat our main rivals in head-to-head games. Today’s game showed that we have made serious progress”.

After 23 games, the Nerazzurri scored 57 goals. Only in the seasons 1949/50 and 1950/51 did the team manage to score more. It is noteworthy that the club failed to win the league title in either of those seasons.