Chennaiyin vs Bengaluru: Preview and Prediction 

Chennaiyin host Bengaluru in their first home game of the season

Two-time champions Chennaiyin will host Bengaluru for their second game in the Indian Super League 2022-23 season against Bengaluru at the Jawaharlal Nehru Stadium on Wednesday.

Both these sides have started the campaign on a high having won their respective games. Whilst the Marina Machans defeated ATK Mohun Bagan 2-1 away in Kolkata, the Blues have defeated NorthEast United 1-0 at home.

This time, Chennaiyin intends to perform a factory reset. Last season, the two-time champions finished eighth, having won only five of their 20 matches. The Marina Machans will strive for rebirth under the direction of Thomas Brdaric.

Bengaluru who are newly crowned Durand Cup champions is riding on a wave of confidence after winning the prestigious tournament prior to the start of the league season. Meanwhile, Chennaiyin were ousted in the quarter-finals of the Durand Cup after losing to finalists Mumbai City in extra time.

Bengaluru’s five seasons in the Indian Super League have been filled with highs and lows. Since their debut in the ISL in 2017-18, the Blues have consistently qualified for the semi-finals in their first three seasons.

The Blues won the league and finished as finalists in their first ISL season before winning their first league title the following season. During the 2019-20 season, the Blues were also a force to be reckoned with, finishing as semi-finalists.

Chennaiyin won their first game of the season in the league defeating ATK Mohun Bagan 2-1. The Marina Machans were slightly better in the Durand Cup as they managed to make it out of their group by finishing second, but in the quarter-finals, they lost against Mumbai City by a 5-3 margin in extra time, after the match ended 2-2 after 90 minutes.

As for their pre-season friendlies, Brdaric’s men have played four matches. They secured two 5-1 wins against Kidderpore and fellow ISL club Odisha, drew 1-1 against Green Army, and lost 1-2 against Mohammedan. 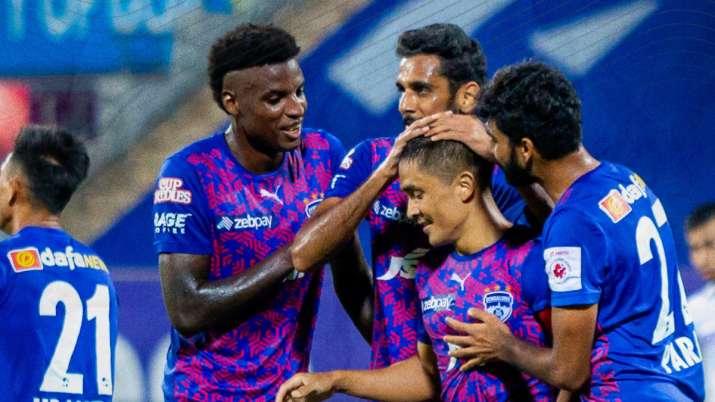 The visitors won their league opener by a solitary goal against NorthEast United in a closely fought game. Bengaluru won their first-ever Durand Cup, overcoming Mumbai City by the odd goal in an exciting final of the 131st edition of the tournament. They have been on a brilliant run this term and are one of the favourites to win the title.

Chennaiyin and Bengaluru have faced each other in 11 matches in the Indian Super League. Out of these 11 games, the Marina Machans have won 3 whereas Bengaluru has come out victorious on 6 occasions . 2 matches ended in a draw.

Bengaluru recorded a league double over Chennaiyin last season. They were victors in the exact same fixture by a 4-2 margin and won the most recent one against Chennaiyin 3-0.

Brdaric has experimented with a couple of formations. However, a five-at-the-back system with both Petar Slišković and Kwame Karikari could be on display in the second game against Bengaluru. Debjit Majumder is expected to be Chennaiyin’s last line of defense, while Fallou Diagne, Gurmukh Singh and Narayan Das could form the three-man backline. 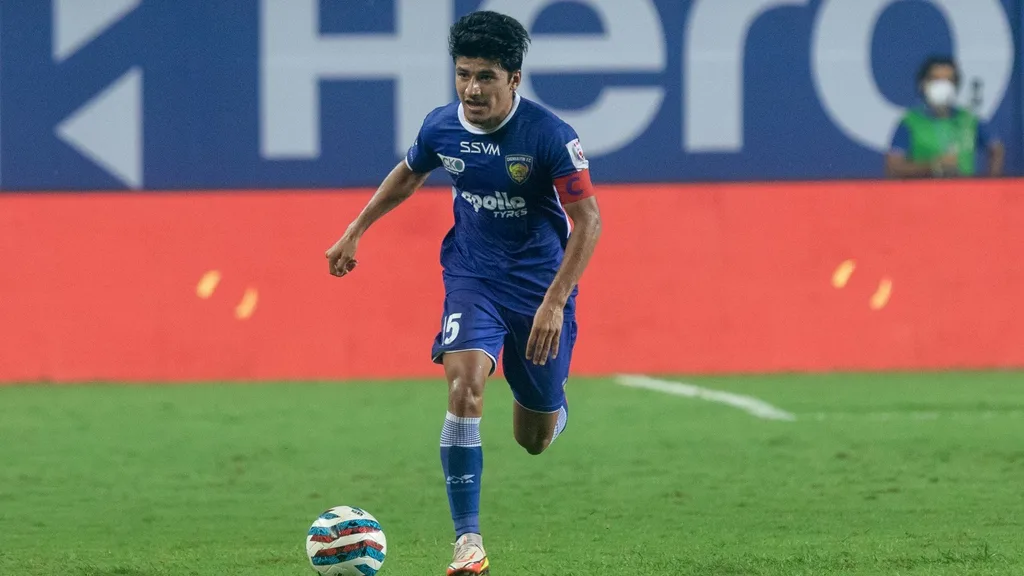 Skipper Anirudh Thapa and Edwin Sydney Vanspaul could be deployed in the midfield, with Ajith Kumar and Julius Duker playing as wing-backs. Kwame Karikari, Petar Sliskovic and Rahim Ali could be the Marina Machans’ attacking trio.

The Blues have a young team with some notable names who bring a wealth of experience. Starting at the back, the Blues have completely revamped their defense, bringing in dynamic full-back Hira Mondal as well as some experienced names in Prabir Das, Sandesh Jhingan, and Aleksandar Jovanovic.

Javi Hernandez’s addition will also add creativity and spark to their midfield. The Blues have also signed Roy Krishna, the fourth all-time leading ISL goal scorer, and the Fijian’s partnership with Sunil Chhetri will be one to watch.

Chennaiyin got off to a winning start as they opened the new campaign with a victory over ATK Mohun Bagan on the road in their first encounter. They will hope to build on that success as they host Bengaluru but the away side also claimed the win in their first game, seeing off NorthEast United.

That is now three wins from four stretching back to last season and with Chennaiyin losing their last four home games, Bengaluru will be confident of recording another three points in this one.