The table-toppers face the two-time champions as the Islanders aim to continue their 11-match unbeaten run while the Marina Machans have only won one of their last five matches.

Sergio Lobera’s men are enjoying the best starting run to an ISL season in the club’s history as they have won 9 of their first 12 matches and drew a couple of matches after their defeat against NorthEast United FC in their season opener.

Csaba Laszlo’s men would be looking to turn their fortunes around as a win might take them to fourth in the league table if Hyderabad FC loses their early fixture on Sunday against Jamshedpur FC. 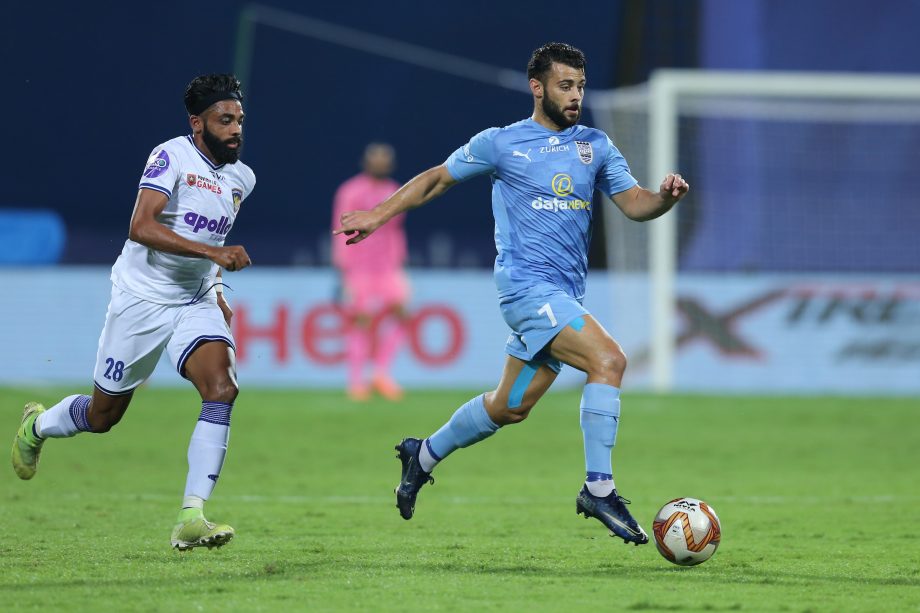 Expectedly, the two-champions hold an upper hand in the head-to-head record over the Islanders as they won 6 of the 13 matches with Mumbai winning 5 and two of them ending as a draw. Earlier this season, Mumbai City came from a goal down to win 2-1 against the Chennai-based club courtesy of goals from Hernan Santana and Adam le Fondre.

Mumbai City is struggling in front of goal and some changes in the starting line-up might see a change of fortune with Chennaiyin FC expected to remain largely the same. A repeat of a single-goal win at the GMC Bambolim Stadium would see the Islanders gain much more breathing space between themselves and ATK Mohun Bagan FC.