Matchday 5 of the Bundesliga 2022-23 promised some mouth-watering games after the end of this weekend’s action, we have new league leaders with Borussia Dortmund and Freiburg both sitting pretty atop the standings while Bayern Munich dropped points for the second week in a row. Eintracht Frankfurt made light work of RB Leipzig by winning 4-0 whereas Koln registered an emphatic 4-2 win over Wolfsburg.

Here’s a full recap of all the action that went down on matchday 5 of the 2022-23 Bundesliga season:

Both Dortmund and Hoffenheim had the chance of going atop the league standings with a win, which was an added incentive coming into this fixture. It was the hosts who got their noses in front, Marco Reus prodded in an expertly crafted pass from Julian Brandt into the goal to send the Yellow Wall into jubilance just 16 minutes after kick-off.

Shortly after, Anthony Modeste had the chance to double the lead, but he could only direct his headed effort wide. Reus was also eyeing his second goal, a lovely pass from Jude Bellingham found the Dortmund skipper but he shot narrowly wide of the target.

BVB kept threatening again and again after the break, but visiting keeper Oliver Baumann refused to be beaten, making plenty of crucial saves. In the end, Edin Terzic’s side climbed to the top of the Bundesliga standings with a narrow 1-0 win.

With Dortmund doing their job, it was Bayern’s chance to retake their place at the summit, however, they were held by a stubborn Berlin side. Indeed it was the hosts who took the lead from a set piece. Sheraldo Becker scored his fifth league goal of the campaign already, finishing past a helpless Manuel Neuer.

However, Die Roten was going to sit back as they responded swiftly. After Union failed to clear their lines following a corner, Joshua Kimmich fired a torpedo-esque shot which rifled into the back of the net.

Both Leroy Sane and Sadio Mane went close with their respective efforts however Frederik Ronnow stood tall and made some good saves. At the other end, Neuer made a one-on-one save to deny the hosts from going in front and it ended 1-1 at full-time. 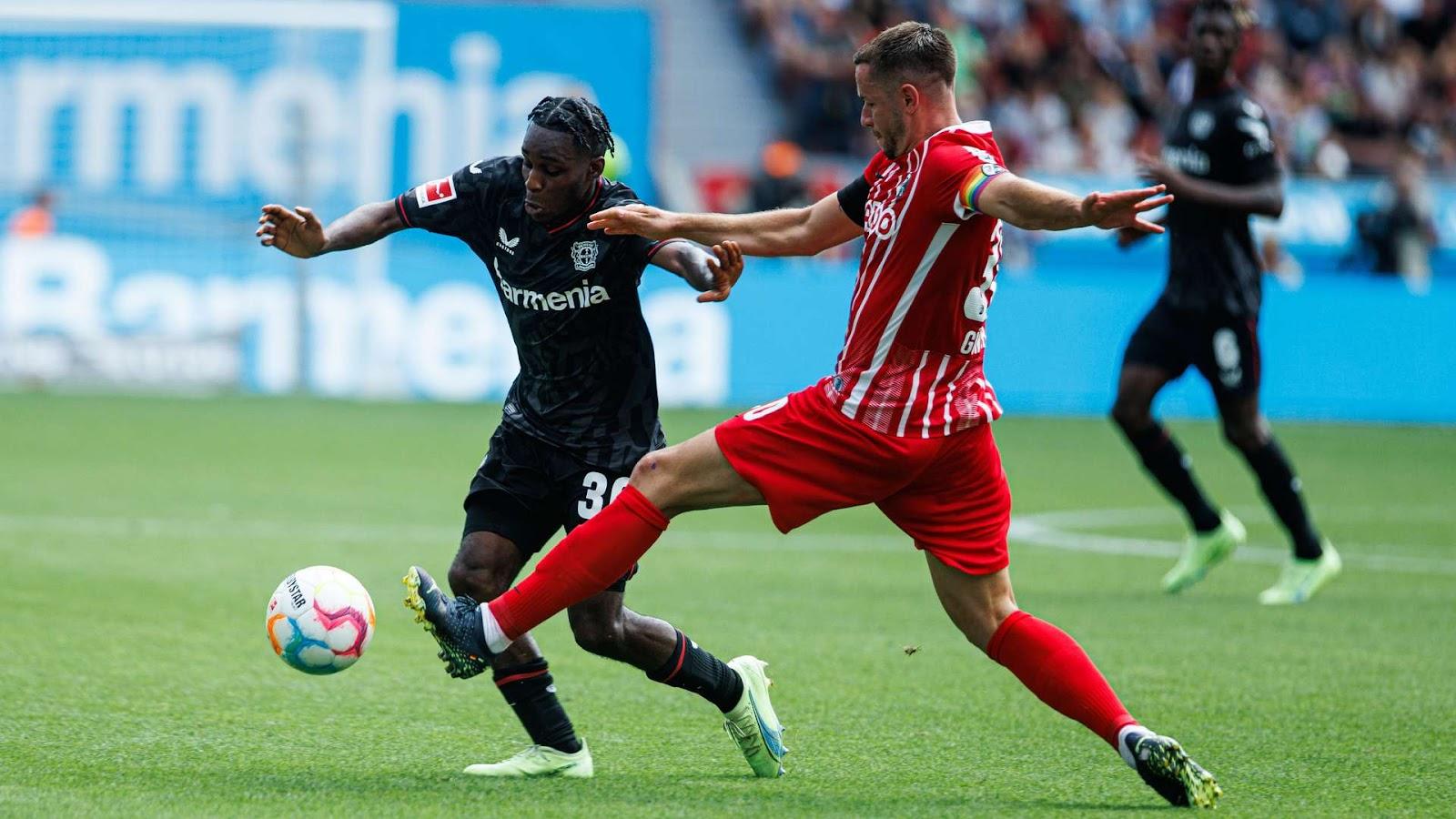 Leverkusen endured their fourth defeat of the campaign against Freiburg

Freiburg and Leverkusen played out a five-goal thriller as the contest kept going back and forth. Gerardo Seoane’s side took the lead after a mix-up in defence allowed Kerem Demirbay to score the opener. It remained 1-0 at half-time however shortly after the break, Matthias Ginter headed in the leveller.

Michael Gregoritsch tapped in to give Freiburg the lead after a mistake from the Leverkusen defenders. Chelsea loanee Hudson-Odoi’s pin-point cross found Patrik Schick who nodded in to put the game back at level-pegging.

Eighteen minutes before the end of regulation time, Ritsu Doan reacted the quickest to score the third goal for the visitors, which would turn out to be the winner as Freiburg climbed to the top, level on points with Dortmund.

Wolfsburg and Koln played out a thriller of a contest at the Volkswagen Arena. Lukas Nmecha gave the hosts the perfect start, scoring just a couple of minutes after kick-off. Dejan Ljubicic brought his side back into the game with a well-taken finish mid-way through the first half.

Jonas Hector’s teasing cross was directed into his own net by Paulo Otavio, and Koln would take a commanding 3-1 lead right at the stroke of half-time after Florian Kainz dispatched a penalty.

Wolfsburg made a host of changes in the hopes of staging a comeback, as Nmecha scored his second goal of the game to give his side a glimmer of hope, but just two minutes later Sargis Adamyan scored the final goal of the contest to seal all three points for the visitors.

Stuttgart and Schalke both started this fixture without having won a single Bundesliga match so far this season, and in the end, the two sides cancelled each other out.

Chris Fuhrich put the hosts ahead in the 18th minute, but the Royal Blues came up with an instant response just three minutes later. Simon Terodde got Schalke back in the contest and despite chances at both ends, neither side could find the winning goal.

Things didn’t look too pretty for Bochum as they sat bottom of the Bundesliga standings when Werder Bremen came to visit the town. The River Islanders further compounded their hosts’ miseries, but they were made to work hard for it.

Despite chances at both ends, neither side could break the deadlock before Niclas Fullkrug came to his side’s rescue once again. He dispatched a stoppage-time penalty to seal all three points for Bremen, while Bochum look down and out with five losses from as many games. 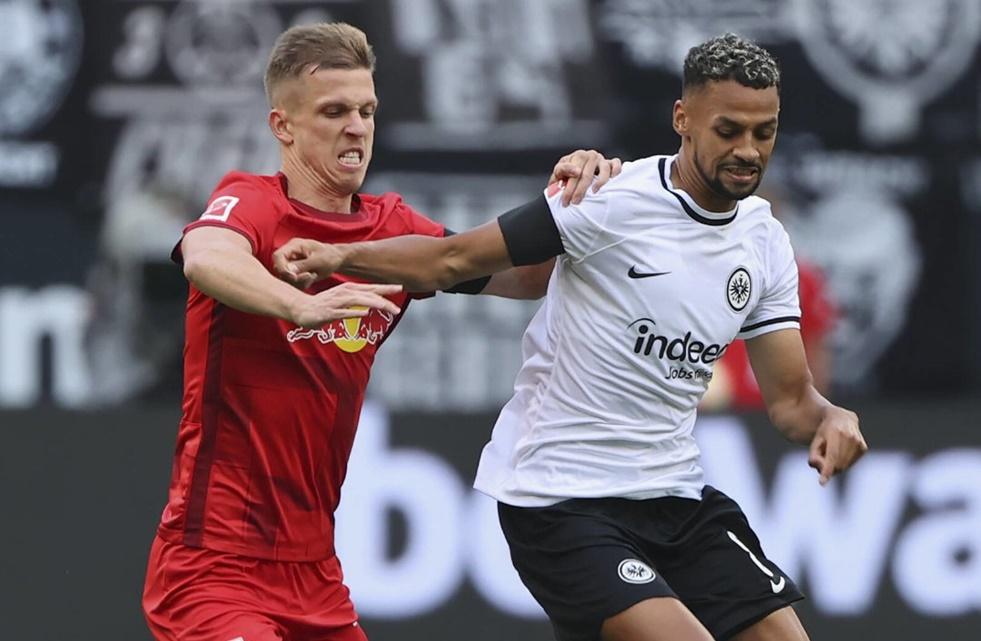 The Eagles hammered Die Roten Bullen 4-0 to send a statement across the German top division. It was a lop-sided contest which saw Daichi Kamada, Sebastian Rode, Tuta and Rafael Santos join hands to rout Leipzig, who have won just once in five Bundesliga matches this season. Domenico Tedesco needs to mend his ways soon or his job might be at risk.

Hertha Berlin was on the road this weekend as they visited the WWK Arena in search of their first league win of the campaign, and indeed Sandro Schwarz’s side walked away with all three points in the bag.

Dodi Lukebakio and Marco Richter were both on target as the club from the capital added to Augsburg’s woes. Since beating Leverkusen three weeks ago, the Bavarian club have endured three defeats back-to-back which is hardly an inspiring form.

After holding Bayern to a 1-1 draw last week, the Foals came into this match in confidence but they endured a frustrating outing in their own den.

Mainz took home all three points as Aaron Caricol’s strike remained the difference between the two sides. Monchengladbach also saw Ko Itakura being given his marching orders that clearly didn’t help their cause.