Best XI of the season 

Greg Stewart hit the ground running after arriving in India

A new title winner in Hyderabad, a first-time ISL League Winners’ Shield winner in Jamshedpur, plenty of uncut Indian gems unearthed in the likes of Ruivah Hormipam and Roshan Naorem, and a plethora of exemplary foreign imports like Greg Stewart and Adrian Luna – all of these factors made the 2021-22 edition of the Indian Super League remarkable, and arguably the best season in the history of the league.

Let’s now check out the best team of the season, selected by Parimatch News: 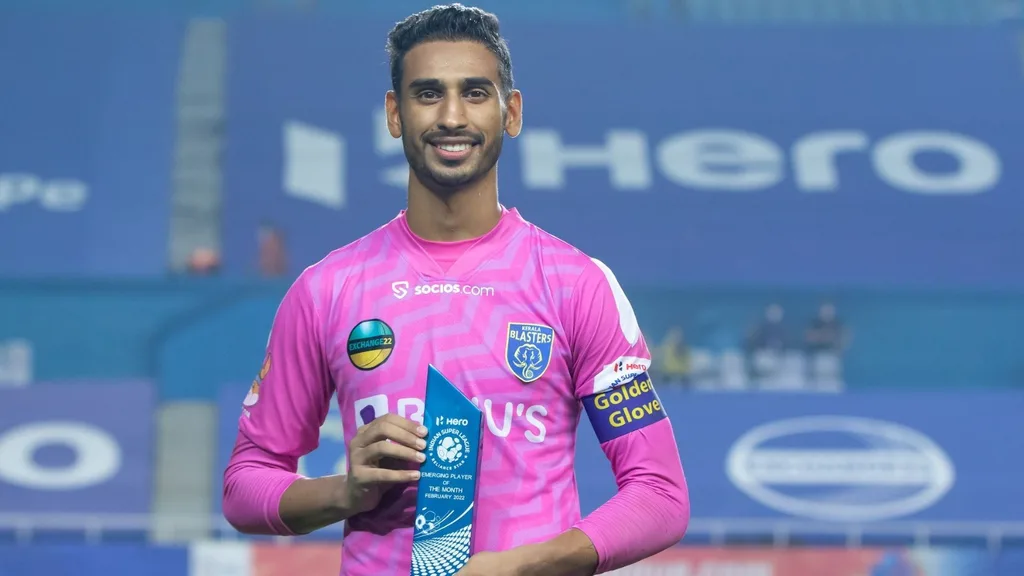 The majority of good players share a common trait – they do not let opportunities go begging. Kerala Blasters; custodian Prabhsukhan Gill did the same when he was given a chance to show his talent after Albino Gomes suffered an injury, and the youngster did not disappoint. He kept seven clean sheets – the most by any custodian, and subsequently won the Golden Glove. In his 20 appearances for the Tuskers, the 21-year-old from Ludhiana made 47 saves. 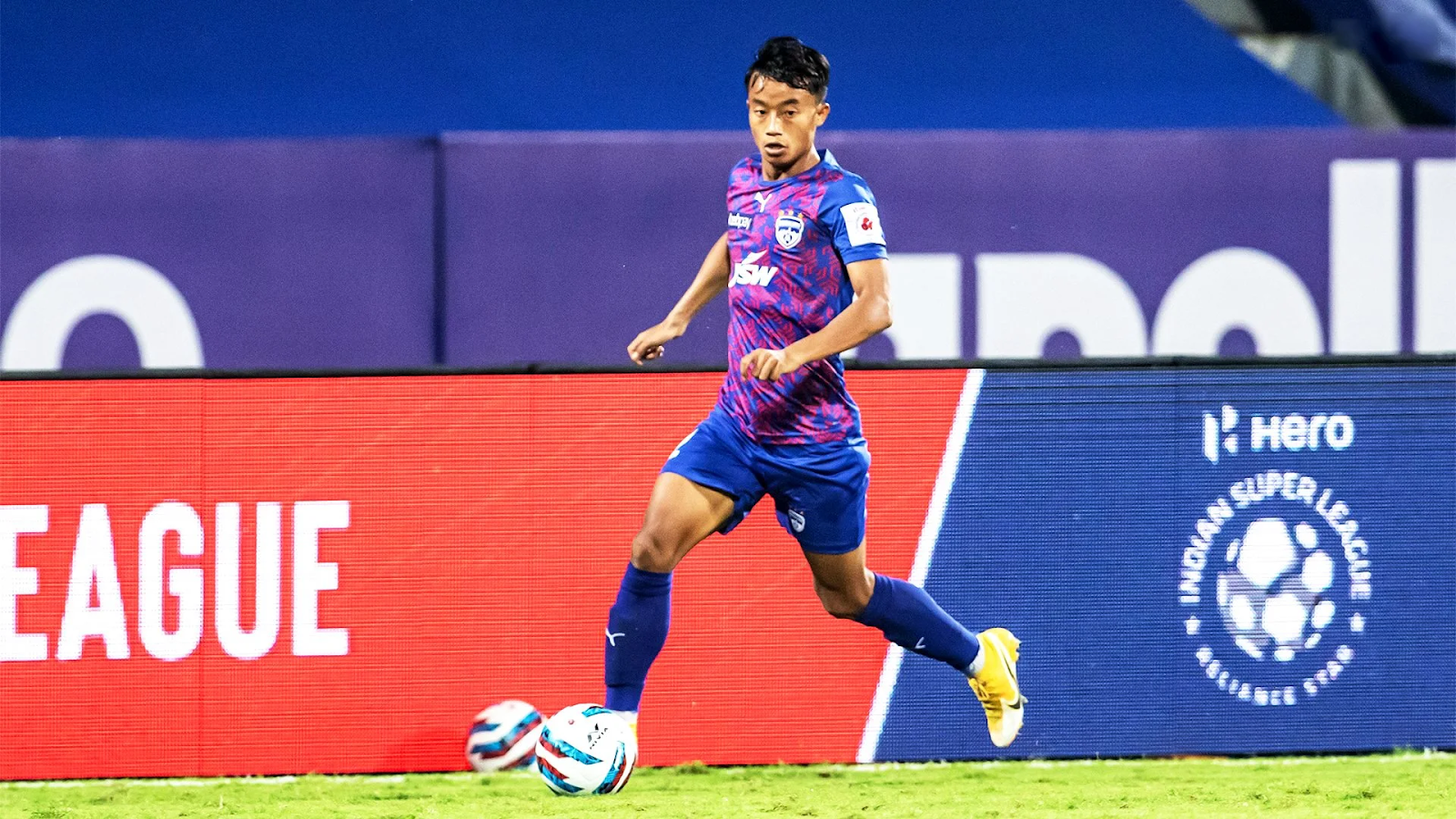 Roshan Naorem was one of the finds of the season

We have selected three Indians and one overseas player for our backline. For the right-back position, we have gone with Bengaluru’s Roshan Naorem who featured on both flanks this season. He is the only Indian and among the three Bengaluru players who made over 700 passes this season, whilst the youngster also effectively contributed in attack and has eight goal contributions to boast of – in the form of one goal and seven assists.

We have also selected the formidable central defensive duo of Kerala Blasters – Marko Leskovic and Ruivah Hormipam. The former is second in the Tuskers’ list of the highest number of interceptions and touches. Besides that, the Croatian wall also helped Ivan Vukomanovic’s team keep six clean sheets with him in the starting XI. As for Hormipam, he was a revelation in what was his debut season in this competition. He too was involved in six clean sheets, despite making only twelve starts.

It will be criminal not to select Akash Mishra for the left-back position after the sensational season he had with Hyderabad. He made the most tackles (97), most interceptions (56), most touches (1446) and also the most passes (846) for the Nizams, which speaks volumes about his influence on the title-winning team. Besides that, Mishra also scored a couple of goals and assisted three. 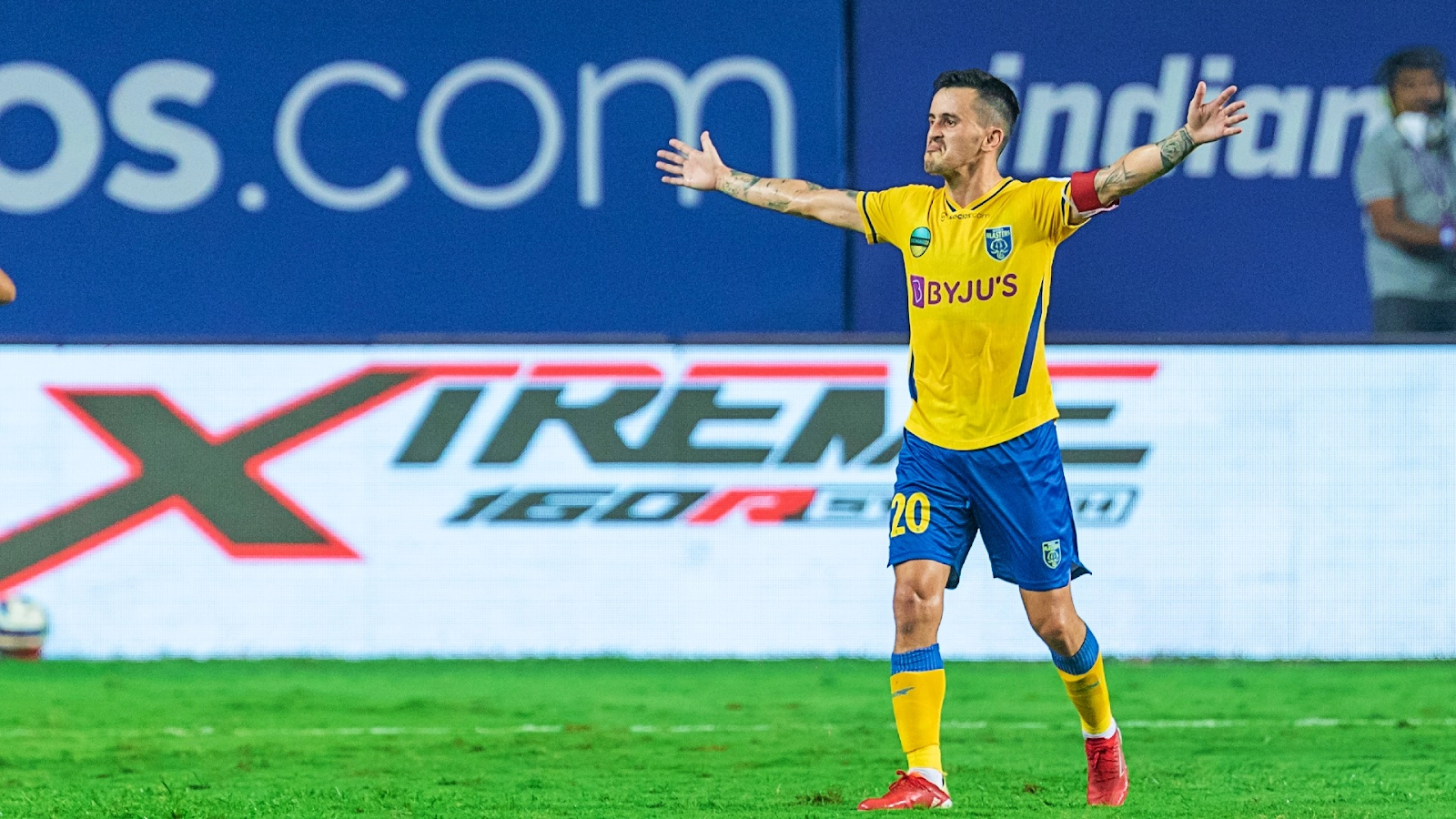 Adrian Luna had an outstanding season for Kerala Blasters

We have selected a five-man midfield for our team, including a double pivot of Apuia Ralte and Puitea shielding a front three of Greg Stewart, Adrian Luna and Liston Colaco.

While Mumbai City had a campaign to forget, their young midfield prodigy Apuia Ralte was on the money. He made the most tackles (103) and the most interceptions (35) for the Islanders, whilst the youngster is second behind Ahmed Jahouh in terms of most passes (990) and most touches (1289).

Puitea was one of the major reasons behind Kerala Blasters’ impressive campaign, as the midfielder gave his one hundred per cent in every game. He made the most tackles (98) among the Tuskers’ players.

We have selected Greg Stewart and Liston Colaco as our wingers. Stewart had an outstanding campaign for the ISL League Winners’ Shield-winning team Jamshedpur and was arguably the best foreign player of the tournament. The Scotsman scored ten goals and assisted as many throughout the campaign.

Liston Colaco arrived at ATK Mohun Bagan with a lot of expectations, but not only did he meet them but also surpassed those expectations with his consistent performances. He scored eight goals and gave five assists for Juan Ferrando’s team.

Though he mostly featured on the left wing, Adrian Luna gets the number ten role in our team. Kerala Blasters’ ever-so-reliable Uruguayan attacker had thirteen goal contributions – with six goals and seven assists. 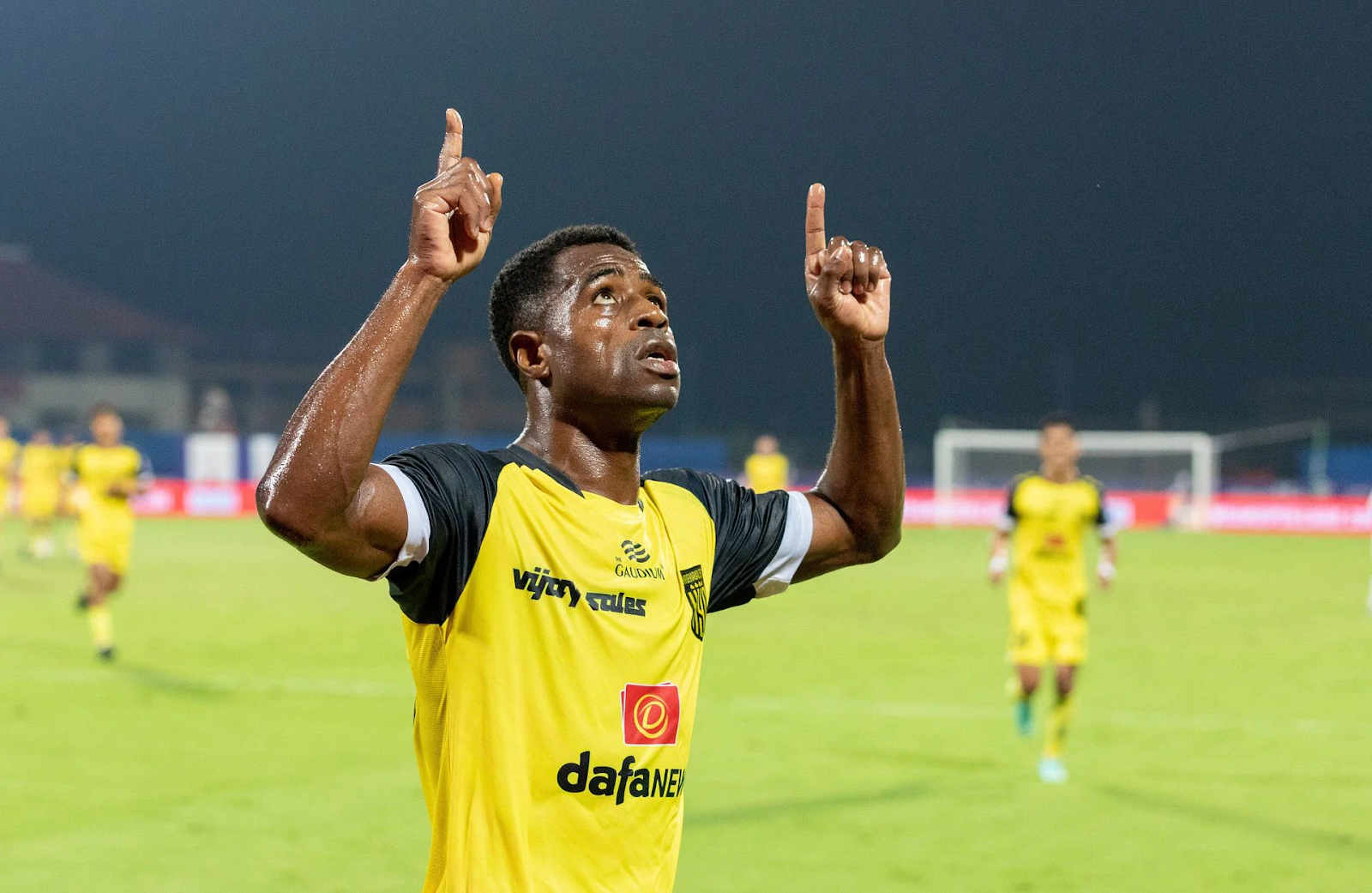 Unlike the Stewarts and the Lunas, Bartholomew Ogbeche is not a new name in Indian football. That being said, the Nigerian marksman once again proved his worth by scoring goals for fun all throughout the season.

Ogbeche scored eighteen goals, which earned him the prestigious Golden Boot and also the number one place in the list of the highest goal-scorers in this competition. The 37-year-old also gave a solitary assist in a successful season for the NIzams.Substitutes: Laxmikant Kattimani, Harmanjot Khabra, Peter Hartley, Anwar Ali, Joao Victor, Suresh Wangjam, Sahal Abdul Samad, Igor Angulo