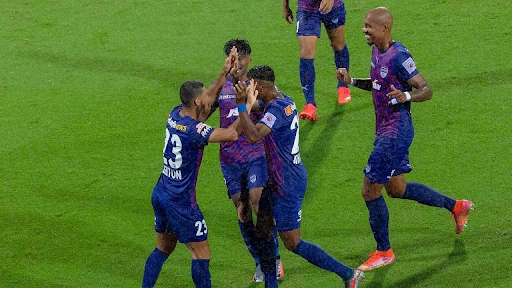 Bengaluru holds the edge over Kerala Blasters in the Southern Derby

Bengaluru has had a topsy turvy start to their Indian Super League 2021-22 campaign. The Blues were dominant in their first game against NorthEast United but failed to maintain their momentum in the last outing against Odisha and were handed a 3-1 defeat by the Juggernauts.

On the other hand, Kerala Blasters have had a very slow start as Ivan Vukomanovic’s men lost their opening match against ATK Mohun Bagan followed by a 0-0 stalemate in their second game against NorthEast United.

The Marco Pezzaiouli era in Bengaluru started with a lot of promise, as they defeated the Highlanders 4-2 in their season opener. However, the quality on display was much worse in the game against Kiko Ramirez’s Odisha in their previous encounter.

The Blues are looking vulnerable at the back, having conceded 5 goals in only a couple of games. The pairing of Alan Costa and Yrondu Musavu-King in central defense is yet to show signs of comfort and understanding but their attacking department has been commendable. Cleiton Silva looks like the main man upfront, whereas Udanta Singh and Prince Ibara have also impressed in the last two matches.

Kerala Blasters has played good football only in patches so far in this ISL campaign. The Tuskers had a great spell of play against ATK Mohun Bagan in the second half and created a lot of chances.

Vukomanovic’s men also created a few openings against the Highlanders but were not clinical enough to bring all three points home with both Sahal Abdul Samad and Jorge Pereyra Dias missing easy opportunities to double their goal tally in the 2021-22 ISL season. The biggest positive from the last game was Enes Sipovic looking convincing at the back after their defense faltered against the Mariners in the season opener.

Like any Derby, the Southern Derby is more than just ninety minutes of football for the fans. These two teams have crossed paths eight times in the Indian Super League, out of which Bengaluru has emerged victoriously five times in total. On the other hand, Kerala Blasters have registered only two wins with a single match ending in a draw.

Bengaluru ran riot against Kerala Blasters last season defeating them 4-2 in the first encounter. Rahul KP gave the Blasters the lead, but goals from Silva, Kristian Opseth, and Dimas Delgado turned the tables in Bengaluru’s favor. Jordan Murray pulled one back for the Tuskers before Sunil Chhetri scored the fourth goal for the Blues.

The second outing saw Kerala Blasters emerging as the winners by a 2-1 scoreline. Silva handed the Blues a crucial lead before Lalthathanga Khawlhring’s fantastic equalizer in the 73rd minute and Rahul scored a last-minute winner to seal a brilliant win for the Yellow Army. 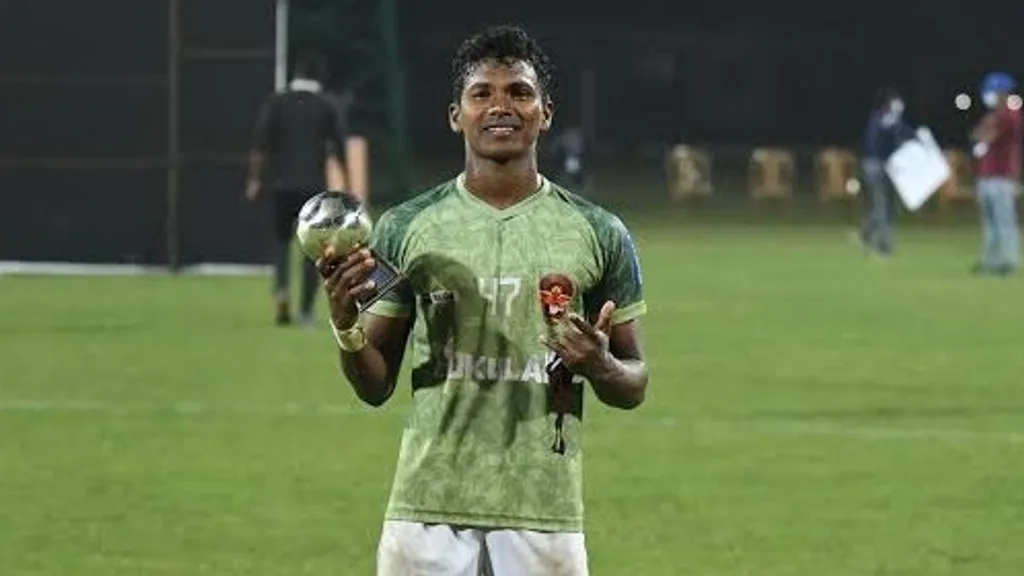 Bengaluru’s new signing Jayesh Rane was down with a knock against Odisha and he walked out of the ground gingerly but it has since been confirmed that he will be fit to feature in the next game.

Considering Bruno Ramires rarely had an impact in the first two games, Pezzaiouli might start with Iman Basafa in the middle or start with an all-Indian midfield of Suresh Singh, Rane, and Danish Farooq with both Silva and Ibara starting up-front.

The biggest blow for Kerala Blasters has to be the injury to Rahul. The young winger scored twice last season against Bengaluru and also started this season with aplomb, getting an assist against ATK Mohun Bagan.

Unfortunately, a groin injury is likely to keep him at the treatment room for a major chunk of the season. Vincy Barretto started in Rahul’s place and was very impressive, which should see him retaining his place in the starting XI whilst Alvaro Vazquez could also make a return to the starting XI for the crucial fixture.

Most derbies are tough to predict and one might never know what they are going to witness at a derby as the formbook goes out of the window and more than tactics, it becomes a game of holding onto nerves.

Predicting a winner is tricky here and it is expected to be a tight contest with both teams scoring a goal apiece in the match on Sunday.