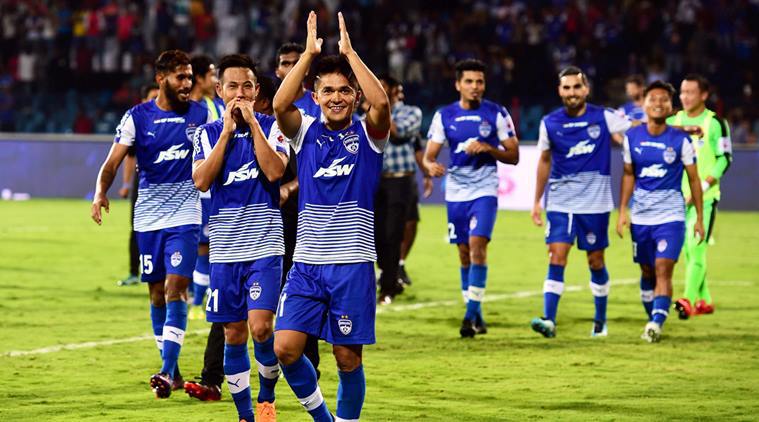 Bengaluru FC has released their full squad list of 32 players that includes 7 overseas players and 5 players promoted from the academy to the senior squad.

​The Blues have a total of 4 goalkeepers, 10 defenders, 12 midfielders, 6 forwards in the squad.

The 2018-19 Indian Super League champions went trophyless last season as they lost to ATK in the semi-finals. The club has retained faith in the manager Carles Cuadrat and the core of the squad including the skipper Sunil Chhetri.

Captain Fantastic will be leading the Blues for the eighth consecutive season and has a lot of familiar names alongside him in the squad like star goalkeeper Gurpreet Singh Sandhu, solid defenders Rahul Bheke, Juanan, and Harmanjot Khabra.

With star left-back, Nishu Kumar leaving the club, the 23-year old I-League winning defender Ajith Kumar has been roped in to fill in the void on the left side of the defense.

After a lack of goals hurting the side last season, Cuadrat acted briskly in the market to sign Brazilian striker Cleiton Silva and former A-League striker Kristian Opseth in an attempt to help skipper Chhetri to bulge the back of the opposition net.

After a failed attempt to sign the former Kerala Blasters Sandesh Jhingan, BFC opted to sign their second target Pratik Chaudhari from Mumbai City FC to strengthen its Indian defensive contingent ahead of a busy schedule in the upcoming season.