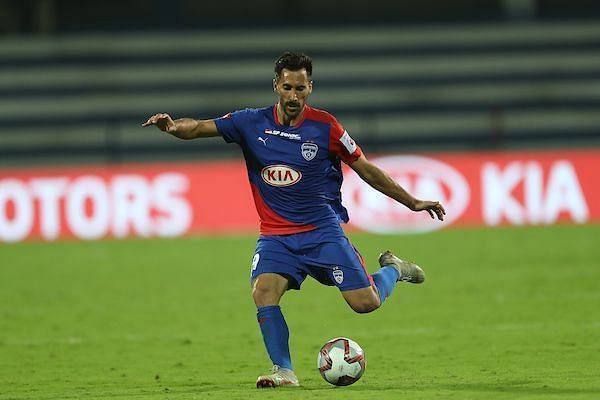 Bengaluru FC has re-signed Xisco Hernandez to boost the creativity in their midfield and Deshorn Brown has been released to make space for the Spanish midfielder.

The 31-year old spent most of his career in the lower divisions of Spanish football before Bengaluru FC brought him to India to play for the Blues in the ISL. Hernandez provided 5 assists in the league stage of the 2018-19 ISL season and then scored a crucial goal in the semi-final as the Blues ultimately lifted the league trophy by defeating FC Goa 1-0 in the final.

Odisha FC secured the services of the Spanish attacking midfielder ahead of the 2019-20 ISL season and he showed a different side of his game with OFC as he scored 5 goals and assisted 2 more but the club failed to qualify for the playoffs stage of the league.

The presence of Hernandez in the Blues midfield would give some respite to the likes of Erik Paartalu, Dimas Delgado, and Suresh Singh Wangjam who shoulder most of the creative responsibility amongst them. Xisco can also be played in the front three along with Cleiton Silva and club captain Sunil Chhetri with Kristian Opseth firing blanks in front of goal and Deshorn Brown no longer at the club.

The crazy transfer merry go round day at Bengaluru FC also saw the youngster Ajay Chhetri being loaned to SC East Bengal for the remainder of the ongoing ISL season. The 21-year old central midfielder made his debut for the ‘Red and Gold Brigade’ against Kerala Blasters FC on Friday as he came on as a second-half substitute for Milan Singh.