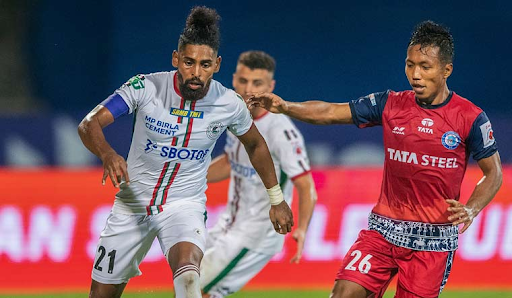 ATK Mohun Bagan and Jamshedpur will square off for the league winners’ shield in ‘Match 110’ of the 2021-22 Indian Super League season at the Fatorda Stadium on Monday. The Mariners will have to win this match by a minimum margin of two goals, as any other result will hand the Red Miners the crown of being the best team in the league phase.

ATK Mohun Bagan is currently placed in the third position in the standings, whereas Jamshedpur is occupying the pole position. The former has 37 points in their account from 19 matches, whilst the latter has accumulated 40 points so far.

A win here will take the Mariners equal on points with the Red Miners, with a head-to-head record then coming into the equation. Juan Ferrando’s team lost the previous meeting against Owen Coyle’s team by a one-goal margin, and given that their goal difference is nowhere near close to Jamshedpur’s, they will have to win this game by two goals or more to lift the coveted shield.

Fans will be in for an absolute thriller as both these sides have been consistently playing scintillating football over the last few weeks. ATK Mohun Bagan and Jamshedpur are the only two sides to have remained unbeaten in their previous five fixtures.

The Mariners will come into this match won their last match against Chennaiyin by a 1-0 margin, whilst before facing the Marina Machans, they handed Bengaluru a 2-0 defeat. These two triumphs have got the Kolkata giants’ campaign back on track after a disappointing 1-1 stale against Odisha.

Jamshedpur’s record is even better than their opposition as they are currently on a streak of six consecutive victories. In their last match, Coyle’s men handed Odisha a 5-1 humbling.

The Red Miners registered a 3-0 triumph against Hyderabad before taking on the Kalinga Warriors, whilst they also scored three goals in the preceding game against NorthEast United. However, unlike the clash against the Nizams, the Highlanders did retaliate and scored two goals.

Jamshedpur holds the edge when it comes to head-to-head records as they have beaten ATK Mohun Bagan on a couple of occasions, with the Mariners emerging victoriously only once.

The first meeting of this season ended 2-1 in the Red Miners’ favor. Siemenlen Doungel and Alex Lima were on target for Coyle’s team, while Pritam Kotal was the solitary goal-scorer from Ferrando’s team. 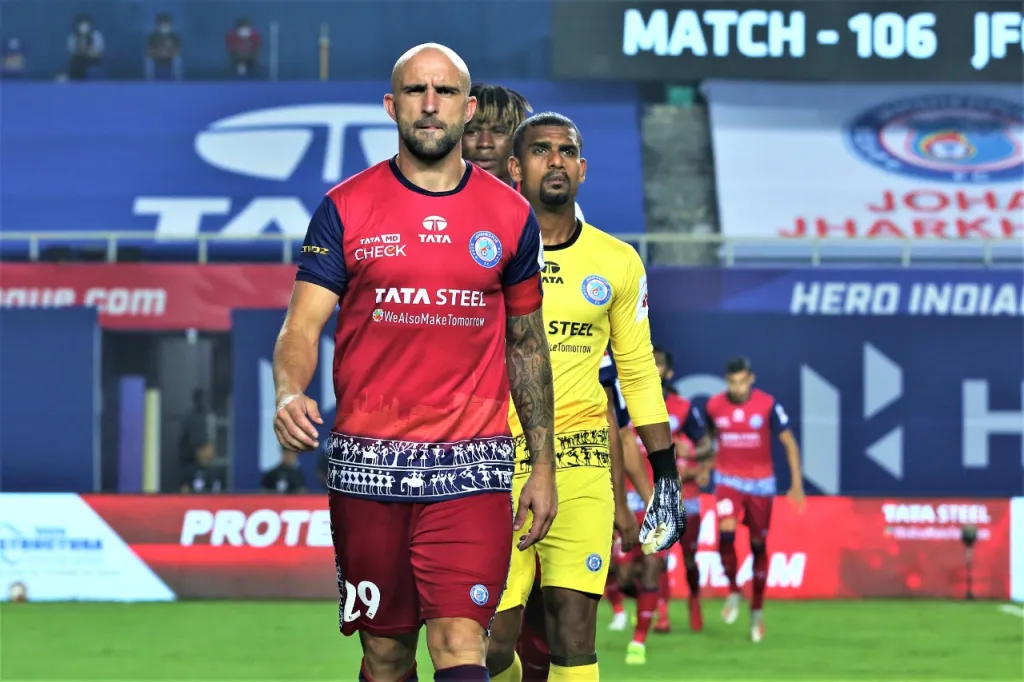 Peter Hartley is likely to return in the Jamshedpur starting XI

Ferrando is expected to field the same starting XI that won 1-0 against Chennaiyin. He could stick to the 4-3-1-2 formation, using Finnish midfielder Joni Kauko to bridge the midfield with the attacking duo of Manvir Singh and Roy Krishna.

Deepak Tangri was perhaps one player from ATK Mohun Bagan who did not look too convincing against the Marina Machans and though Lenny Rodrigues is a viable option, the Spanish tactician is unlikely to make a change in such a crucial tie.

Coyle is likely to make a couple of changes to his team that won 5-1 against Odisha. English central defender Peter Hartley, who was given some much-needed rest in that game, is likely to return to the backline at Eli Sabia’s expense.

Besides that, Indian midfielder Mobashir Rahman is also expected to be reinstated in the starting XI, having served his one-match suspension. He could take up Pronay Halder’s place.

Given that the Mariners will not have anything to lose after already securing their semi-final berth, it seems imminent that the Kolkata-based team will throw the kitchen sink at Jamshedpur on Monday. Hence, we have predicted an ATK Mohun Bagan victory, but with the Red Miners one of the most secure backlines in this competition, they will find it excruciatingly difficult to grind out a victory by two or more goals. We have gone with a 2-1 triumph for the Mariners.