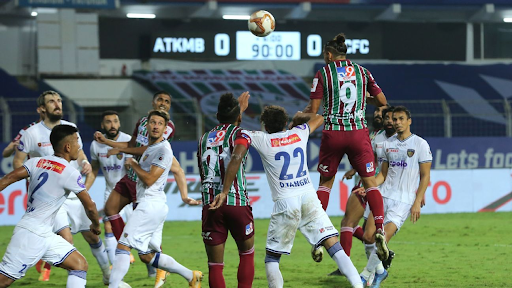 Both teams will be looking to get back to winning ways

ATK Mohun Bagan and Chennaiyin will lock horns in the ‘Match 25’ of the 2021-22 Indian Super League season on Saturday at the Fatorda Stadium.

The Mariners and the Marina Machans had a fantastic start to their campaign but have not been able to maintain their momentum.

Last season’s runners-up ATK Mohun Bagan won their first couple of matches quite convincingly but have suffered two consecutive defeats since then and dropped from pole position to sixth place in the standings. Chennaiyin also started with two consecutive victories but a draw in their previous encounter has kept them at fourth place.

Antonio Lopes Habas’ team defeated East Bengal 3-0 in the Kolkata Derby but things unexpectedly went south from there. Reigning champions Mumbai City handed them a humbling 5-1 defeat in their third match, while in the previous encounter, Habas’ men suffered a 2-1 loss against a well-drilled Jamshedpur side.

Chennaiyin was not as convincing as the Mariners in their first couple of matches but managed to accumulate six points nonetheless. Bozidar Bandovic’s team pipped Hyderabad 1-0 in their campaign opener with new acquisition Vladimir Koman converting from the penalty spot.

The second match against NorthEast United saw the Marina Machans walk away with a 2-1 victory but up against a lackluster East Bengal team in their previous fixture, the two-time champions could only manage a 0-0 stalemate. That being said, this is the first time in their history that Chennaiyin has remained unbeaten in their first three matches of the season.

Since the formation of ATK Mohun Bagan last season, these two teams crossed paths twice. The first meeting was not particularly a pleasant watch for the neutrals, as both teams played out a tactical and cagey 0-0 draw. The last meeting was also heading towards a similar conclusion, but a 91st-minute strike from David Williams secured all three points for the Mariners. 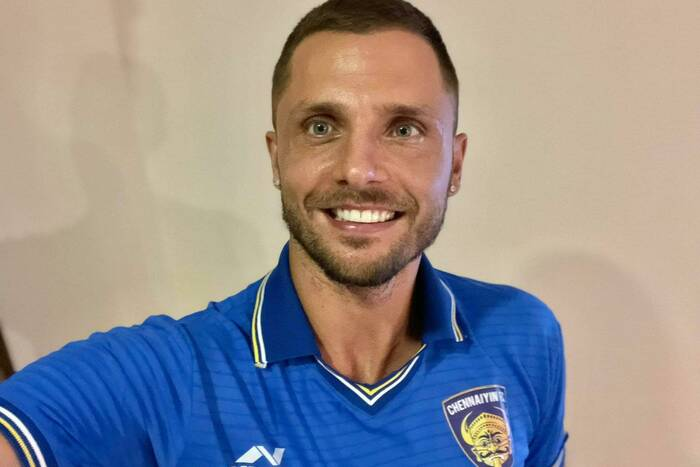 Polish striker Lukasz Gikiewicz could be handed a start by Bandovic

Habas usually prefers to stick with his first-choice XI, but the 5-1 humiliation against the Islanders made him not only change personnel but also switch to a 3-4-3 formation. It did not work out well as young defender Sumit Rathi had a day to forget.

The former Valencia manager is likely to go back to his usual 4-3-3 system, with Carl McHugh partnering Pritam Kotal in central defense and Ashutosh Mehta and Subhasish Bose operating on the flanks. Colaco can replace Rathi and slot in the three-man midfield, alongside Lenny Rodrigues and Manvir Singh.

Bandovic’s team was defensively solid against the Red and Golds but their strikers were not clinical as they took 24 shots in that game but only four of them were on target which speaks volumes about the lack of a cutting edge.

Kyrgyz winger Mirlan Murzaev was almost non-existent down the left flank for Chennaiyin and he might have to make way for Lukasz Gikiewicz. Bandovic can either play the former AEL Limassol striker as a pure No.9 moving Rahim Ali to the left-wing or alternatively, he can pair up the Indian youngster with the Polish veteran upfront, moving to a 4-1-3-2 system.

The Marina Machans might have had a good start to their season, but in terms of quality, ATK Mohun Bagan holds the upper hand. Three of the top ten leading goal-scorers of the ongoing season are from Habas’ team, and if they can make their defense a bit more leakproof, they will be the team to beat in this competition. We have predicted a 2-1 win for the Mariners in this match.