Arsenal will host FC Bodø/Glimt in the UEFA Europa League group stage match at the Emirates Stadium. The fixture will take place on October 7, beginning at 00:30 IST.

Alongside the UEFA Champions League, let’s not forget the other prestigious European competition – the UEFA Europa League. The tournament’s main challenger  will play in London in the third round of the group stage against the sensation of the last UEFA Conference League tie, a modest club that managed to reach the quarter-finals making a lot of trouble to Jose Mourinho’s AS Roma.

The visitors made it through four qualifying stages before securing a place in the Europa League group stage while Arsenal automatically gained a slot as the fifth team in England, although the Londoners are not too happy about their presence here, bidding to qualify for the Champions League until their last EPL game of 21/22 campaign.  The club’s ambitions are indeed sky-high, with the hosts currently leading the Premier League and going into the upcoming game as clear favourites to win.

Arsenal are well on track for the first time in a while, without any ‘buts’ and ‘ifs’. First place in the English championship seems to be proof of that. And this comes despite Manchester City, with the monstrous Erling Haaland in the squad. It seems that if things go on like this, the Gunners will take Liverpool’s place as one of the main rivals of the Citizens.

This leadership does not come from nothing. Arsenal have one of the best defenses in the league (on a par with Newcastle United and Brighton – 8 conceded, better only Everton – 7), but the attacking aspect is equally impressive – the Londoners (20 goals scored) are second behind City (29) in terms of productivity. Credit to Gabriel Jesus, the Red-Whites’ main summer signing, now he has 5 goals and 3 assists so far in the league, while the main young talent of the team – Bukayo Saka – finds himself as a top assistant (1+4). In general, everyone in the current Arsenal squad appears to be involved – the reliable Granit Xhaka that has finally regained the love of fans (2+3), Martin Odegaard (three goals) and the shining talent Gabriel Martinelli (3+1). Such a versatile team is hard to stop.

Arsenal successfully coped with the pause for national team matches. The most important achievement in the stretch came just recently with a 3-1 victory in the super-feisty derby against Tottenham Hotspur. The visitors were left in minority from the 62nd minute onwards after Emerson Royal had been sent off. By this point, the hosts were leading 2-1. Thomas Partey and Gabriel Jesus scored for the Gunners. As for Spurs, prolific Harry Kane got on the scoresheet. In the 67th minute, the final score was set up by Xhaka. And this victory is rather important for the Red-Whites ahead of Liverpool.

In fact, this is the match where many skeptics expected the Gunners to misfire, citing that they have only beaten inferior opponents so far. But Mikel Arteta and his men shut up the critics, proving they can definitely dominate in the big matches, and destroying a team with strong coach Antonio Conte, previously unbeaten in the season. The match statistics confirm the validity of the victory: xG – 2.48 : 1.50; shots – 22 : 7; shots on goal – 9 : 3; corners – 5 : 2; dangerous attacks – 99 : 29.

Arsenal have just one defeat in their 10 most recent official games, with nine wins. The matches are typically full of goals: 9 out of 10 meetings saw a total of over 2.5. The only defeat for the Gunners came on the road to Manchester United.

Now Mikel Arteta’s charges are in first place in the EPL standings with 7 wins and 1 defeat. The team have a total of 21 points. In the Europa League group, Arsenal are in second place with 3 points having played just one match. They claimed a 2-1 home win against FC Zurich.

The capital club has four players on the sidelines. Oleksandr Zinchenko, Riess Nelson, Mohamed Elneny and Emil Smith Rowe will miss the match against the Norwegians.

Don`t miss out 👉:  From Liverpool to Chelsea: How much money did the big-six of the Premier League spend this summer?

In contrast, Bodø/Glimt, one of last season’s major sensations, did not get off to a very good start this season. Already in the first qualifying round of the Champions League, they almost lost to a modest Faroese side KI Klaksvik (4-3 on aggregate). Nevertheless, Bodø still made it through to the play-off round, where they bitterly lost on aggregate to Dinamo Zagreb (1-0 and 1-4).

After that, Hjetil Knutsen’s side took the Europa League tournament with great determination. On Matchday 1 of the group stage, they played decently against a tough PSV on the road (1-1). On Matchday 2, they beat Zurich 2-1.

As we remember, last season his charges reached the quarterfinals of the Conference League, where they frayed the nerves of Jose Mourinho – the winner of that edition (2:1, 0:4). In the upcoming game, the Norwegians can hardly avoid defeat, but they won’t concede too much.

The head coach has installed some good football, and the opponents usually have very few opportunities to create danger at the Norwegian goal; the attacking aspect of the Yellows is actually the key factor here (60 goals in 24 games is the best result in the league). At the same time, the modest club knows how to play second best, which gives a good chance of success against teams like Arsenal, who have a very high defensive line.

The Norwegians’ form is not the best at the moment, although Bodø/Glimt won the Elitserii match in round 24. The team beat Lillestrøm 4-1 on the road. The win was the first for Bodø/Glimt in three games in the Norwegian championship. In total, the team has 3 defeats, 3 draws and 4 wins in 10 recent official games. The goal difference is 17:17. In 8 of the 10 games the teams have exchanged goals. The 2020 and 2021 champions are currently sitting in second place with 45 points in the Eliteserien standings.

The most effective players are Amahl Pellegrino with 20 goals and 6 assists, Hugo Vetlesen with 9 +6 and Ultrik Saltnes with 6+7.

Central midfielder Sondre Fet will miss the match against Arsenal.

This is the first time Arsenal are facing Bodo/Glimt in the UEFA Europa League.

Statistical preview of the match Arsenal vs Bodø/Glimt:

“We’ve done our homework. Obviously, we have made the players aware of the team that we are facing tomorrow, the history and what they’ve done in the last few years, and we have Martin in the squad who knows them really well and he’s done his homework in the dressing room to understand that tomorrow is going to be a tough game. There are a few really good players and it’s a really good coach as well, and they have a clear identity with how they play. You can see straight away what they are trying to do and again I’ve been impressed with them.”

“It’s a competition that is really important for us, we know how important it is to be on top of that group. We have tough competition, and the home advantage so we have to use it. That’s why tomorrow’s game is really important for us… Playing in Europe is always great and tomorrow I think we’re going to have a great atmosphere again at the Emirates. We want to produce those nights and we know that we want to be playing yesterday and today [in the UCL], but at the moment it’s our reality and we have to accept it. It’s part of our next step.”

“I started watching Arsenal against Zurich to analyse Zurich, but my concentration and my gaze went towards Arsenal because I was thinking like,  What the hell are they actually doing?!”

“But when you see it over time, it’s not that complicated. They have a number of rotations at left-back, central midfield and left wing. There they have the freedom to change positions, but they have much less of it on the right side. It’s extremely high-level, high-intensity football with extremely high-level individual qualities.“

“But the way we defend, it doesn’t matter too much [which opposition] players run where because we are very zone-orientated in the way we defend. If we played a man-to-man system we would have a huge challenge to face, but we are at the other end of the scale [in terms of approach] so that’s probably the least of my worries.”

“They attack with a lot of people, they’re patient and then suddenly they have that burst in the final third. But they also leave space in behind them which we will have to exploit. We need to be aggressive in the low block, high intensity in the high press, and we will have to control the ball. Tottenham only defended, Zurich only defended – if you do that you won’t stand a chance against them.” 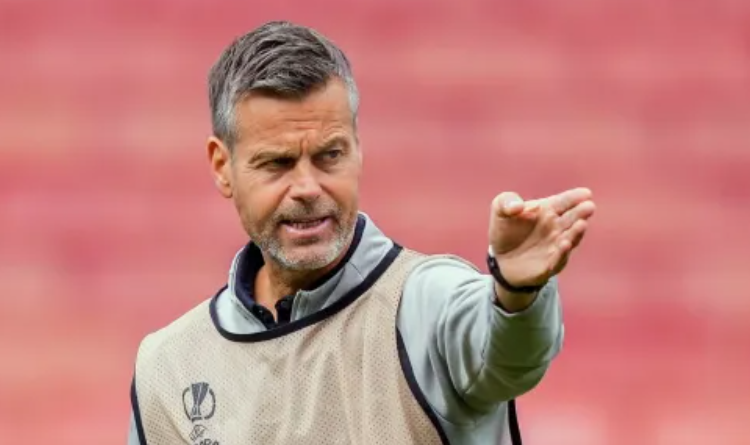 In the upcoming match at the Emirates Stadium in London, the favourites are evident. Arsenal have strengthened in the off-season and are in great form. At the same time, we should probably not expect a thrashing by the Gunners. Bodo/Glimt are a very resilient side that know how to play second best. Besides, Mikel Arteta will probably want to experiment once again – this will affect the scoring productivity.

And the Norwegians will try to fight for points, but chances are slim. The team is not in great shape and they are currently 15 points behind Molde, although Bodo\Glimt have been crowned champions two previous seasons in a row. That said, you have to take into account the atmosphere at the Emirates, where something like Highbury is starting to emerge, and that means it’s going to be very tough for any opponent, Spurs have already felt it on themselves.

Don`t miss out 👉: Champions from each season of the Indian Super League: Down the lane

We say: Arsenal to win and the match total less than 4.5 – Yes