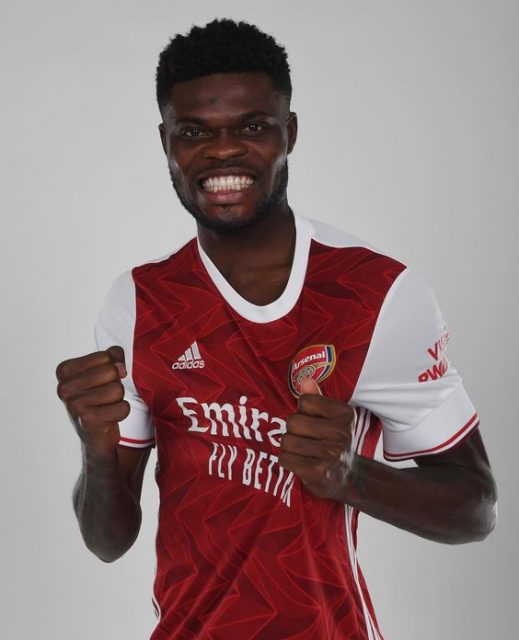 Thomas Teye Partey is a Ghanaian central midfielder who plays for Arsenal and the national team of Ghana born in 1993.

Pupil of the local club “Odometa” signed a contract in 2011  with Atletico Madrid and moved to the Spanish championship. A year later, Partey became a first team player but spent most of his time on loans. He played in double and at Mallorca with Almeria.
And only at the end of 2015, Partey was able to make his debut as the basis of the Madrid team. In 2018 Thomas Partey was named the best footballer in Ghana.

And after his 5-year Atletico Madrid career as a man of starting eleven he signed a contract with the English Premier League club Arsenal. It was a clausula activation on deadline day for 50 millions Euro.
And as for now he almost from the start became a starting eleven player of Arsenal.