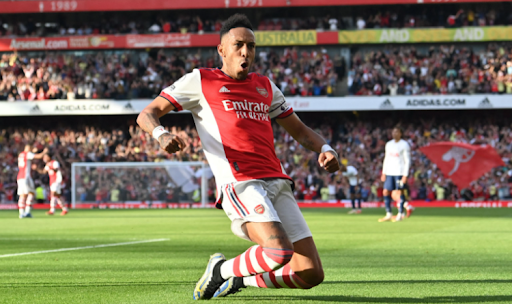 On Matchday 6 of the English Premier League, Arsenal demolished Tottenham Hotspur in the North London derby, scoring three goals by the 34th minute (FT, 3-1). It was the third win in a row for Mikel Arteta’s side.

Emile Smith Rowe opened the scoring in the first half with a 12th-minute goal, assisted by another Hale End academy product Bukayo Saka.

In the 27th minute, another attacking move similar to the first goal happened, with striker Pierre-Emerick Aubameyang tapped in after a low-gound cross from the No. 10 who had netted earlier.

And much to the Gunners’ delight, in the 34th minute, after an attack that forced Harry Kane back into his own penalty area to make a poor sliding tackle, Bukayo Saka picked up the ball and made the score a resounding one. 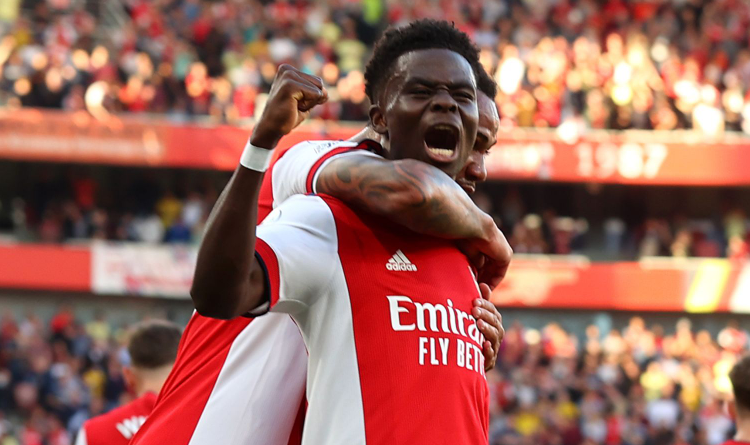 Saka is euphoric after making it 3-0

Tottenham striker Son Heung-min got one goal back in the 79th minute, assisted by Sergio Reguilon.

As it stands, the side of Nuno Espirito Santo have lost their third consecutive EPL game, conceding nine goals, while the boys of Mikel Arteta got back on track with three straight Premier League victories after losing three games in their opening three rounds of the league. Spurs are 11th, with Arsenal now ahead in 10th.

“I think in life you have to show gratitude. These people have stood by this club and these players. This win is for them. When you are trying rebuild and trying to do the right things you have to stay by your values. Now we are creating the connection with our supporters.”

The Spaniard expresses his thank-you to the fans.

“We had great determination, great energy and great quality. I really enjoyed it. I see the belief the players have in what we do in training. They have the quality to put it into practice. It is important that they make each other better. It’s about raising the level in the team and training. If they all have that mentality then what happened today happens.”

Don`t miss out 💥:  Arsenal are the biggest spenders this transfer window with a total of €165 million paid for newcomers