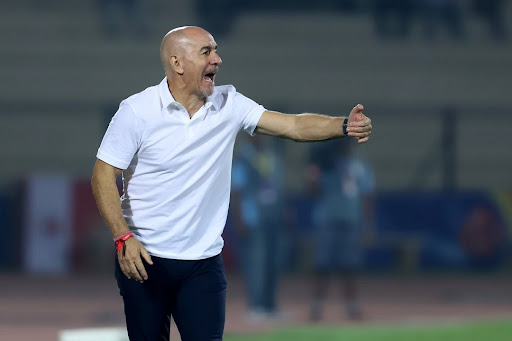 Antonio Lopez Habas gives out instructions from the sidelines

The former Valencia manager has won the ISL title twice with ATK, once in the 2014 season and then in the 2019-20 season before the club merged with Kolkata giants Mohun Bagan to form the current entity.

With a star-studded squad at his disposal, Habas was expected to deliver free-flowing football and the first-ever Indian Super League trophy for the Mariners who were also eyeing a spot in the AFC Champions League.

After defeating Kerala Blasters 4-2 in the season opener courtesy of a brace from debutant Boumous, the Mariners routed arch-rivals East Bengal 3-0 in the first 23 minutes before hanging onto the scoreline till the final whistle.

In a battle against defending champions Mumbai City, ATK Mohun Bagan players were humiliated by the Islanders as they won 5-1 deflating the morale inside the Mariners dressing room. A 2-1 defeat to high-flying Jamshedpur followed as Habas didn’t manage to get his side back on track after a defeat against the reigning champions.

A 1-1 draw against the new-look Chennaiyin team was followed by another draw as Bengaluru held the Kolkata-based team to a 3-3 draw in a six-goal thriller that witnessed 6 different goalscorers on the evening.

A winless run of 4 matches mounted pressure on the Spanish head coach and he decided to give up his position with the assistant head coach Manuel Cascallana taking up the position till a permanent replacement is roped in by the Mariners management.

ATK Mohun Bagan faces NorthEast United in a replay of the 2020-21 ISL semi-final on Tuesday followed by matches against Goa and Hyderabad on either side of the New Year’s Day.