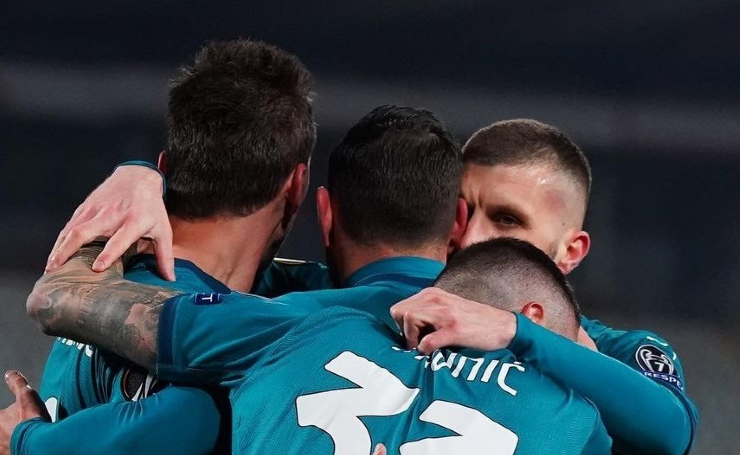 AC Milan players during the EUL match against Crvena Zvezda

Milan have been losing a lot recently – Pioli’s team has three defeats in the last five games – but they are still fighting for Scudetto. Almost all the leaders are fit, only Brahim Dias is not playing out of the main squad. But after the first half, Milan showed that the team is still on their way for the victories.

In the 7th minute of the match, Castillejo ran into the goal of the hosts and sent the ball precisely into the net, but the referees recorded an offside.

Just a few moments later, on 12 minute, Theo Hernandez doubled Rossoneri’s scoring. The goalkeeper made a mistake and Hernandez sent the ball in from close range! However, the ball was again cancelled out on offside.

Then, the Zvezda players began to put a lot of pressure on the opponent and took a number of solid shots on goal. Donnarumma had to try hard to hold back the pressure of the Serbian players. But it didn’t last long.
On 42nd minute Castillejo came into the penalty area and shot dangerously, while Pankov in a clumsy tackle hit this goal. But in his team’s net. Own goal! AC Milan took the lead finally.