Argentina was crowned champions of the 2022 edition of the FIFA World Cup in Qatar as Lionel Messi won the Golden Ball award and Kylian Mbappe bagged the Golden Boot award after a 3-3 draw in the final which was decided on penalties as the South American nation lifted the trophy after a wait of 36 years.

What about the group stages though, they were more fun than any of the group stage fixtures of any recent tournament, weren’t they? The fans keep saying that the real fun starts in the Round of 16 matches but the group stage results in Qatar served more upsets and thrilling finishes than football audiences are used to on a regular basis.

While Japan and Morocco topped their groups knocking out the likes of Germany and Belgium apart from keeping the world-class sides of Spain and Croatia lingering by a thread to finish in the second position of their respective groups.

Let’s have a look at the five best matches of the 2022 FIFA World Cup. Here they are:

With some unknown commodities in the Tunisian squad, they stunned Didier Deschamps’ men, albeit after the defending champions had already sealed their progression to the ‘Round of 16’ stage.

The African nation gave some warnings as a set-piece routine had the ball in the net past Steve Mandanda in the eighth minute but the score stayed 0-0 until the half-time whistle with the likes of Kylian Mbappe, Antoine Griezmann, and Olivier Giroud watched on from the bench.

AS Monaco midfielder Youssouf Fofana was dispossessed in the middle of the park and a quick counter-attack saw the ball once again in the back of the net courtesy of Wahbi Khazri’s strike in the 58th minute and there was no offside flag to be seen that time around.

Eventual Golden Boot winner Mbappe and former Barcelona forward Griezmann tried their best to get Les Blues back into the match with the latter even hitting the back of the net and the offside decision was yet again on the Tunisian side as the African nation recorded a historic win.

One of the biggest upsets of the tournament as Japan and Germany kicked off Group E in fashion with a scintillating fixture. Japanese goalkeeper Shuichi Gonda gave away a penalty in the first half and Ilkay Gundogan scored the German side’s opening goal from 12 yards.

Kai Havertz’s goal at the brink of the half-time whistle was chalked off due to offside and Gundogan also kissed the base of the post with a harrowing strike at the hour-mark. Serge Gnabry was denied by Gonda with a fantastic double-save in the 70th minute as the Samurais made a grand comeback in the match courtesy of some intelligent substitutions.

Germany captain Manuel Neuer was keeping his side in the match with some brilliant left-handed saves but one of them fell right to Ritsu Doan who netted the rebound in the 75th minute. Eight minutes later, the Asian side completed the comeback as Takuma Asano beat the left-back for pace and then slotted the ball in the near post past Neuer.

The whispers of unrest were too loud in the Belgium camp as Roberto Martinez entered his last tournament with the Red Devils after helping them finish on the podium in the 2018 FIFA World Cup in Russia.

A lack of chances for the Belgian side meant that Hakim Ziyech’s free-kick going into Thibaut Courtouis’ goal at the end of the first half was the big talking point but the goal was chalked off due to a controversial offside decision. The Atlas Lions kept mounting the pressure as a not fully-fit Romelu Lukaku replaced the match-winning goalscorer Michy Batshuayi from the slender 1-0 win against Canada. 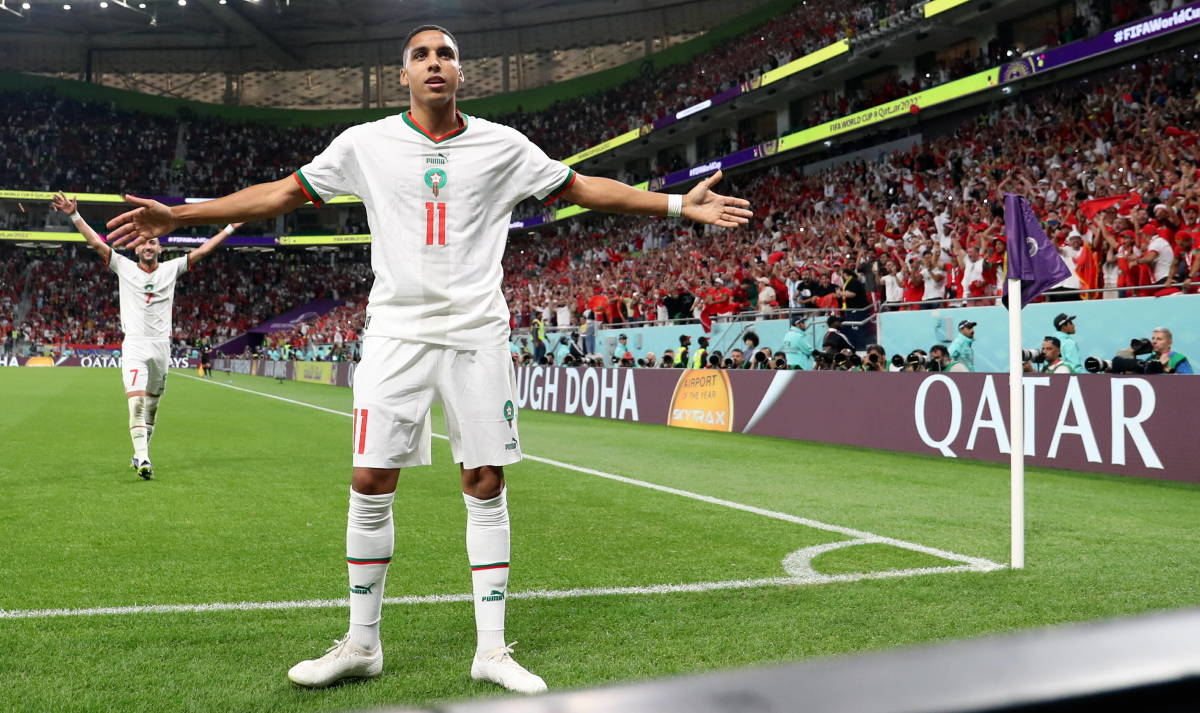 A disintegrated and aged Belgian side was losing its legs in the last half an hour of the match as a mirror-opposite of the goal that was chalked off went in courtesy of Axel Witsel playing Roman Saiss onside this time around.

Lukaku missed a few chances at the other end and Ziyech put the ball on the plate for Zakaria Aboukhlal to finish the move with aplomb helping the North African side top one of the stingiest groups of the tournament.

Eventual winners Argentina started their 2022 FIFA World Cup campaign with a 2-1 loss against Saudi Arabia as the nation showed promise at the start of the tournament but fizzled out of the tournament after two consecutive losses.

In the first Group C game, Lionel Messi kicked off Argentina’s campaign with a successful spot-kick wrong-footing the Saudi Arabian goalkeeper but doubts were raised over the penalty awarded to the South American nation by fans and pundits alike. Both Messi and Lautaro Martinez (twice) had the ball in the back of the net over the next half hour but all three attempts were ruled out due to offside.

Saleh Alsheri equalised early on in the second half as Saudi Arabia’s intentions were quite clear from the get-go of the second period. Less than 300 seconds later, Salem Aldawsari scored a screamer forcing the whole stadium to make elated noises as a sea of green and whites was seen dancing from a bird’s eye point.

A match that helped Asia and Africa stamp their authority on the tournament as Japan’s 2-1 win against the 2010 FIFA World Cup champions Spain ensured that 4-time champions Germany were knocked out of the tournament.

The first competitive meeting between the Spanish side and Japan saw Luis Enrique’s team take the lead with Alvaro Morata heading Azpilicueta’s cross into the back of the net past Gonda.

Once again, the substitutions worked magic for Hajime Moriyasu’s men as Ritsu Doan once again started a turnaround to remember for his team with a blistering strike from outside the penalty area. Less than three minutes later, Ao Tanaka was at the end of a quick team move that found Unai Simon losing his footing and the Spanish defenders were left gasping for breath.