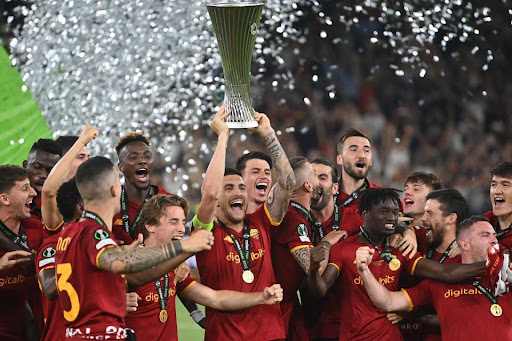 Roma has roared in the 2021-22 Serie A season after emerging as the inaugural champions of the UEFA Europa Conference League. It was their first major triumph since the year 2007 when they lifted the Coppa Italia trophy and suffered a long title drought since then. The Capital-based outfit is charged up to go for another hunt in the forthcoming season where they can make things tougher for the other Italian giants.

The Jose Mourinho era at the Giallorossi began with a shaky start but things eventually turned out very well for the wolves. Roma edged past the Fiorentina side by just a single point to finish in the sixth position in order to qualify for the UEFA Europa League competition. While their Coppa Italia journey was terminated by the eventual champions Inter Milan in the quarterfinal stages of Italy’s premier cup competition.

The arrival of the Portuguese gaffer has made all the difference for the Roma side as he has successfully instilled his ideology of the game into his roster. After winning the silverware in his first campaign at the charge, he must be eager to add more to the cabinet of the Giallorossi side. Hence it will be very interesting to see how the forthcoming season folds out for the men in Red and Yellows.

Roma finished the 2021-22 Serie A campaign just a place above Fiorentina in the standings. The Florence-based club came very close to finishing inside the Top 6 in order to earn a qualification for European football but the Giallorossi side edged past them with just a single point lead to take it all in the end. The last time Fiorentina finished above the Red and Yellows in the points table tally was back in the 2012-13 season hence there is no second thought about the Violets’ ultimate aim of outclassing the counterparts.

The Italian combatants kick-started their previous Serie A campaign by facing each other in the opening fixture where Roma emerged victorious on a 3-1 scoreline. The second fixture was played at Florence’s Stadio Artemio Franchi where the home side convincingly took all three match points with a 2-0 triumph. On the 15th of January 2023, Roma will be hosting the Fiorentina side at Stadio Olimpico where the Rome Wolves will be eying revenge for defeat at the final stages of the last season. 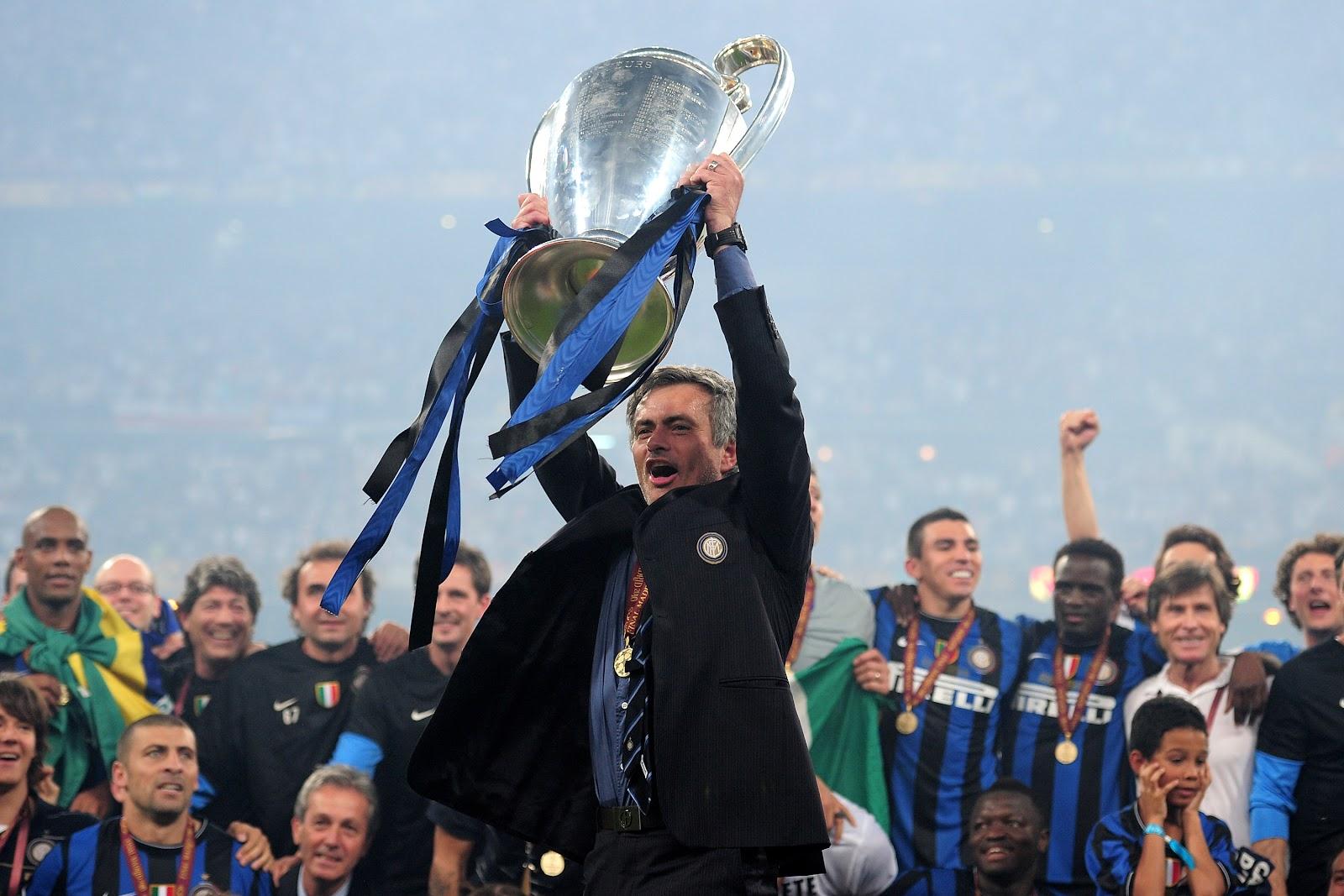 The situation always gets interesting whenever the Roma manager Jose Mourinho faces his former club with whom he has lifted much silverware in the past. Mourinho spent only two seasons in charge of Internazionale between 2008 to 2010 but those two seasons were enough for him to create a legacy as he guided them to the treble-winning feat before moving out to England. The Special One will be back at his beloved venue of San Siro to challenge his former club on the 2nd of October.

Roma was defeated by the Milan Blues in both fixtures of the previous season convincingly. Moreover, the Nerazzurri side also eliminated them from the quarter-final stages of the Coppa Italia and went on to win the competition eventually. Inter scored a whopping total of eight goals from the three encounters across all competitions while Roma could only bag a single goal which was scored by Henrikh Mkhitaryan who is now part of the Nerazzurri roster.

The Capital-based outfit has developed an intense rivalry with the Napoli side which happens to be the biggest club in the northern region of Italy. Both clubs have secured their places in the forthcoming European football competitions as Napoli will be featuring in the UEFA Champions League while the Roman wolves will be plying their trade in the Europa League tournament. Roma may have a better overall head-to-head record than their counterparts but the recent record favours the contendence of the Sky Blues in Derby del Sole.

The Perthenopeans have maintained an undefeated streak of five games in this rivalry since 2019. The previous season was marked as the first time since 1994-95 when both of their Serie A encounters ended with resultless outcomes.  In the most recent face-off between these two combatants, Napoli was about to attain the three match-points but then an injury-time equaliser from Stephan El Shaarawy relinquished their claims and held for settlement at Stadio Diego Armando Maradona.

The Italian top-flight football does not want any other to dominate the league for countless years just like Juventus hence it may turn out to be one versus all for the sake of competitiveness of the title race. Where AS Roma will be joining hands with other competitors to dethrone the reigning champions AC Milan in their title defense campaign. The Giallorossi side has a lot of X factors and especially the presence of Jose Mourinho which will be troubling the Scudetto holders a lot in the forthcoming season.

Both of their face-offs from the last season were won by the Italian Red Devils who were having their best league campaign in the past decade. When the last time Roma travelled to the San Siro to face the Milan Reds, they were outclassed by the home side in every aspect and thus suffered a 1-3 major defeat against the Rossoneri. A lack of discipline caused the Capital-based club a crucial fixture as they were down to 9-men at one point of the play after the defender Rick Karsdorp and Gianluca Mancini received yellow cards twice in the same match. 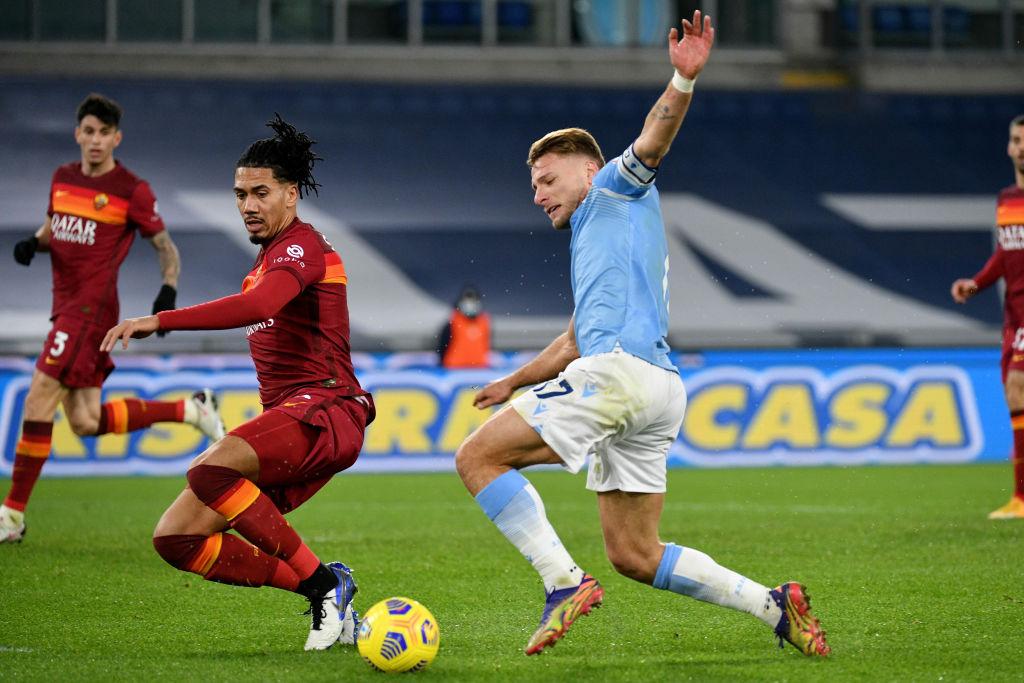 The Battle of Rome

It is the biggest rivalry in the capital city of Italy as the two Rome-based outfits clash with each other in the ‘Derby Della Capitale’. It is considered a major local derby in Italian top-flight football as there are no other Rome city representatives in the Serie A roster right now. Lazio has always been given a tough fight to the Red and Yellows side as the Roman football fans also create a worldwide hype for their fierce local derby and turn up in big numbers as well.

Since the 2015-16 season, no club has managed to complete a double against each other in Serie A football. In the first Serie A fixture of the previous season, Biancocelesti registered an emphatic 3-2 victory over the arch-rivals in a goal-fest. The Lazio veteran striker Ciro Immobile will be challenged by an English rising star Tammy Abraham who had a memorable 2021-22 campaign with 27 goals across all competitions.