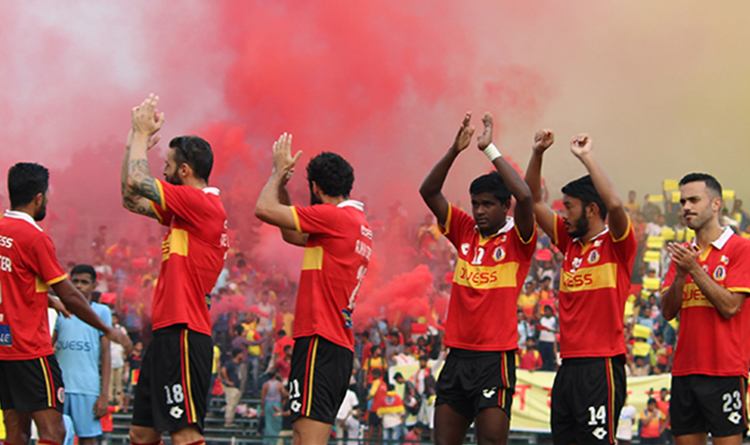 On Tuesday, SC East Bengal made an official announcement revealing the Indian players’ list for the Indian Super League (ISL) 2020-21 season. The list consists of 22 players, including new additions in all the departments of the club. The team is lead by the new head coach Robbie Fowler, and the club has built a balanced team with young and experienced players.

The Indian squad is powered with new signings like Jeje Lalpekhlua, Narayan Das, and Md. Rafique

The seventh season of the Indian Super League (ISL) is approaching fast, and all the clubs are at the final stages of compiling their teams and adding new signings. Since the past month, SC East Bengal has been highly active in the signings department and has signed many foreign and domestic players. Amid the preparations, the club announced the domestic squad on Tuesday, revealing a list of 22 members playing for the ISL 2020-21 season.

The most recent joinings include forward Jeje Lalpekhlua said in India, every footballer wants to play for East Bengal, and he feels honored to be a part of the club and excited to go back to the field after a long break. Narayan Das made a return to the club after three years. Das played for the club from 2015 to 2017 and made 16 appearances in two seasons. Balwant Singh is an experienced forward who helped Churchill Brothers win the Federation cup and has been a part of two ISL-winning teams.

Here is the list of the 22-member domestic squad.

The new players and the existing squad look forward to the upcoming ISL under the campaign of the new head coach Robbie Fowler.