Skyesports partnered with Riot Games to bring the Skyesports Champions Series (SCS) 2022, a top-level Valorant league in South Asia. The tournament leads into the Valorant Champions Tour (VCT) 2022 Stage 2, one of the most popular E-sports leagues in the world.

12 Valorant teams that advanced to Phase 2 were set to lock horns during the Group Stage.  The Group Stage took place on May 17 and the groups were decided in a unique fashion. Skyesports introduced a show called “Twist of Fate”.

“Twist of Fate” was streamed live on the Skyesports Youtube Channel on May 17 and was hosted by Ranjit “MambaSR” Patel, one of the most popular Indian esports casters. The top 12 teams were split into 3 pools of four teams each. 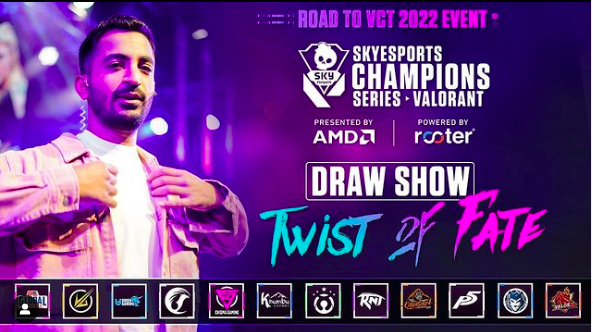 “The draw show was a unique concept for South Asian VALORANT esports and ensured more transparency to the teams and fans in the group selection process,” explained Shiva Nandy, the CEO and founder of Skyesports. “I wish all the teams the very best of luck as they head into the crucial Phase 2.”

The SCS 2022 took place across May and June in three phases, which were as follows: Phase 1: Open Qualifiers for India and the Rest of South Asia; Phase 2: Group Stage League; Phase 3: Playoffs.

The Group Stage kicked off on May 19 until May 24. The 6-day event saw some fierce battles amongst the teams, and the following teams made their way to the Playoffs:

The qualified teams landed in Chennai and the organizers ensured that players received an authentic regional welcome by greeting them with local garments and cultural events. The Playoffs were set up as a LAN event and commenced on May 31 and went on till June 5. Unfortunately, Pakistan’s team – Full Power Gaming could not make it to India due to visa issues.

Enigma had an incredible playoff run and had qualified for the semifinals as the top seed from Group A. In the playoffs, they crushed Velocity Gaming in round one and Orangutan in the second round to qualify for the Stage 2 VCT APAC challengers and achieve the Skyesports Champions Series finals.

Global eSports seemed to be struggling in the initial stages of the tournament, losing out to Orangutan Gaming early on and subsequently vanquishing them in the Lower Bracket finals to earn a playoff berth In the Finals. 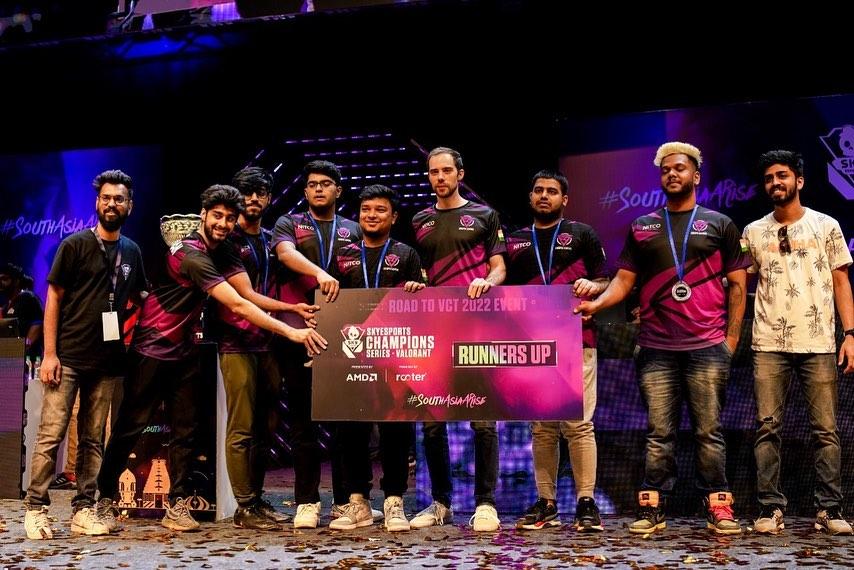 The Grand Finals were set to be played in BO5 format and both the teams were ready to set the wheels in motion. Global Esports emerged victorious after defeating Enigma Gaming 3-2 to conquer the Skyesports Champions Series. The final took place on June 5th and both teams were geared up to represent South Asia.

Crowned as Skyesports Champions Series (SCS) Champions, Global Esports will represent South Asia, the titans of Indian Valorant Competitive. They earned their spot at the Valorant Champions Tour APAC Stage 2 where they have been seeded into the Group Stage.