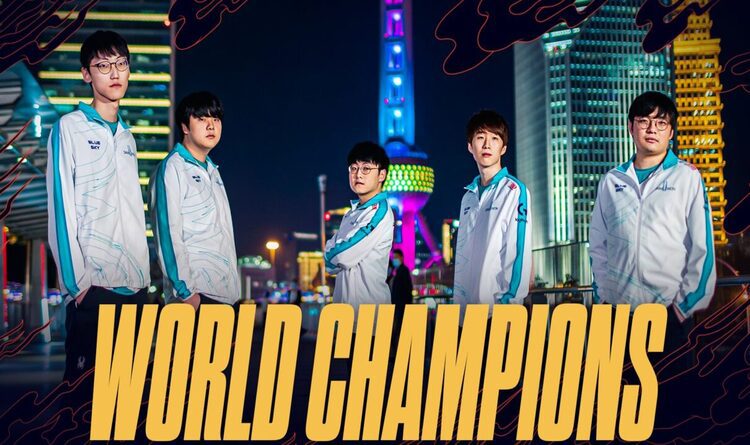 DAMWON Gaming from South Korea have beaten Chinese team Suning Gaming with a 3-1 scoreline at the final game of the much anticipated League of Legends World Championship 2020 in Shanghai, China to become the champions of the 10th season of the tournament.

The Covid-disrupted season was planned to be started with 24 teams, but due to the inability of the Vietnamese teams to participate in the tournament, the play-in format was heavily adjusted, with the region’s main event spot eventually given to Korea’s 3rd seed.

The play-in qualifiers had two rounds — Group Stage and Knockout. The group stage consisted of 2 groups, with the toppers from each group going directly into the main events and the 2nd to 4th placed teams of each groups moving onto the second (knockout) round of the qualifiers. DAMWON, though, didn’t have to participate in the qualifiers as they absolutely dominated DRX in a 3-0 smashing, winning their first ever LCK split title and securing the first seed from Korea to go into the 2020 World Championship.

The main event of the tournament started with 16 participants and also had the same two phases as the play-ins, only this time played in a double round robin format. DAMWON progressed directly into the knockout stage from Group B as the group champions. They stomped DRX to a  3-0 defeat again in the Quarterfinals. Although not as flattering as the previous wins, DAMWON managed to beat G2 Esports in the semis to qualify for the final, where they came out on top pretty convincingly as well, at the expense of Suning Gaming, to win their first ever World Championship.

DAMWON Gaming is a Korea-based League of Legends team that was formed as early as 2017. Many ruled them out firsthand, but they have shown extreme character to reach the World Championship in just 3 years’ time, and by becoming the surprise winners of the tournament, they have helped establish an unprecedented dominion of Korea within the 10-year history of the competition. Coached by Zefa & Daeny, DAMWON’s roster includes — Jang “Nuguri” Ha-gwon (Top Laner), Kim “Canyon” Geon-bu (Jungler), Heo “Showmaker” Su (Mid Laner), Jang “Ghost” Yong-jun (Bot Laner), and Cho “BeryL” Geon-hee (Support).

Despite organizing the event during the Covid-19 pandemic and without an audience in the galleries, organizer Riot Games managed to draw in a substantial amount of online viewership towards the Championship. Even after excluding Chinese viewers, almost 3.9 million viewers experienced the finals all around the world, making the tournament one of the most profitable and successful sports events of the year.

As for DAMWON Gaming, the future looks bright and shiny. For them, from here on in — only the sky’s the limit.