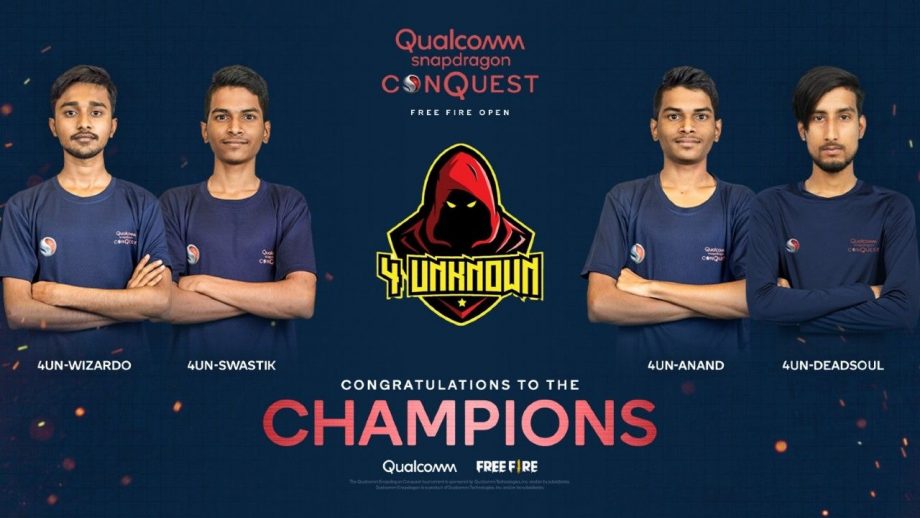 Popular Indian eSports side, 4 Unknown, has lifted the trophy of the Indian revolutionary Free Fire competition, the Qualcomm Snapdragon Conquest Free Fire 2020. Emerging as the toughest and the most prolific team in the tournament, they have taken home approximately Rs.2,000,000 ($27,500) as the champions’ prize money. They completely outplayed Team Elite in the Grand Finale, which was held on March 12 and 13. Life Hackers come out as the third-positioned team of the tournament.

Team Elite, being the runners-up team, has gone home with no less than Rs.800,000 (or, $11,000) of its own. The second runners-up or the third-placed Life Hackers came out with Rs.500,000 (or, $6,900), which is not a mediocre outcome at all. One of the upsides of the tournament was that it was an event where an individual or collective expertise and popularity were rewarded as well, via special awards for the participating teams and their members.

The Snapdragon Conquest is now being considered one of India’s biggest eSports and Free Fire events since its entry in the country not so long ago. The whole event was one out of the chain of eSports initiatives taken up by Qualcomm Technologies in the Indian domain.

The total prize pool of the Snapdragon Conquest Free Fire tournament in India was an astonishing Rs.5,000,000 (or, $67,000). The money at stake in this tournament was incredible, as it was also the Free Fire tournament with the bulkiest prize pool ever in India. The much-awaited tournament was a significant success with personal and team milestones being clinched and at the end of it all, being recognized as well. Besides the best three teams at the tournament, some other lucrative prizes were also given away by the organizers. The award-winning participants or rosters of the Snapdragon Conquest are:

“Our heartiest congratulations to team 4 Unknown for winning the first season of Snapdragon Conquest. It was inspiring to see the strategies and the high level of perseverance the gamers demonstrated throughout the tournament.”

Vagadia, one of the most distinguished names in the Indian eSports business scene, also opened up a little about the whole process of Qualcomm trying to find and develop raw gaming talent, as well as communities, from all over the great nation of India. Vagadia also believed that India is one of the most fastest-growing markets in the world of the eSports business and has a really talented and promising eSports echo-system.

Qualcomm, the top-class mobile accessories brand, is pretty much looking to support and foster the Indian Free Fire community within its limits, and in any way probable. They have reportedly shown interest already in organizing future eSports events like the just-concluded Snapdragon Free Fire Conquest 2020. 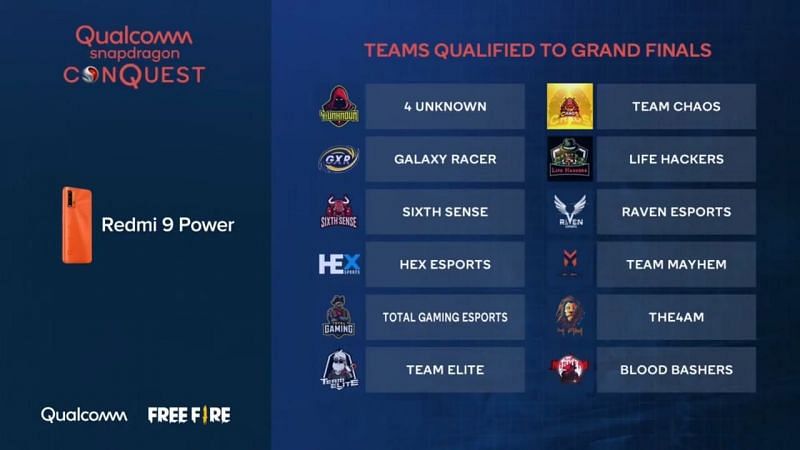 The thrilling tournament was another solid indicator that the eSports culture in India is growing by leaps and bounds, despite the potential blockage from the Covid-19 pandemic. It has become one of the highest-grossing and also one of the most successful mobile gaming events in India. Its huge game lineup lasted for almost four months. The continuous games were peaked by thousands of enthusiastic Indian and international Free Fire lovers. The exciting contest came to an end on March 13, this year and left a sweet taste in the mouth, as there are indications that a follow-up tournament will also occur very soon, to replicate the success and support behind this glorious event

If you are interested in watching the match highlights of the Grand Finale, you will be able to watch them live and exclusive on the official YouTube channel of the Qualcomm Snapdragon Conquest. You can also find and watch all the VODs from the grand event. With the backing of a seriously successful brand like Qualcomm, the Indian Free Fire community is going in the right direction, it seems. The Free Fire fans and followers in India are up for a treat in the near future, for sure.