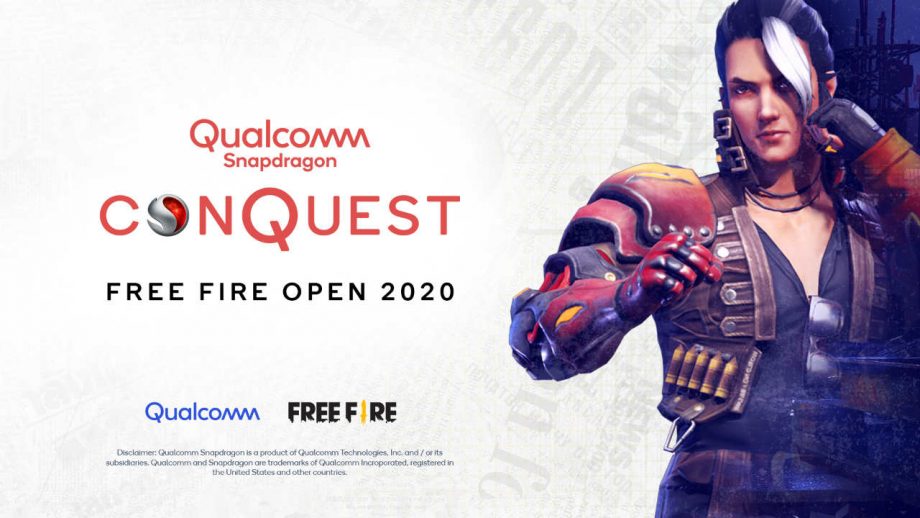 The Indian eSports scene is going through an unprecedented high. With 4G networks flourishing, and lower-end mobile phones coming to the fore, mobile gaming in India has become a household practice. The news of PUBG Mobile investing $100 million in specifically the Indian gaming domain has been doing the rounds lately. And right after that huge news for Indian gamers and gaming fans, Qualcomm has announced a brand new competition called the Snapdragon Conquest. This first-of-its-kind mobile gaming tournament has been designed only for India, and will contain a huge prize pool of Rs. 50 lakhs.

Qualcomm Snapdragon Conquest will introduce a whole new brand of eSports competitions. It will commence across the whole year with a variety of different tournaments set on different video games, especially those that are more popular among Indian gamers. The first among these tournaments is the upcoming “Snapdragon Conquest: Free fire Open 2020.” The tournament will have one of the biggest prize pools ever seen in Indian gaming history, with a total of Rs. 50 lakhs, divided among the top teams.

“As a world leader in wireless technology innovation and a pioneer in mobile gaming, Qualcomm Technologies is taking its expertise in delivering superior gaming experiences directly to gamers through the Snapdragon Conquest tournament.”

The first season of this new and acclaimed tournament will revolve around Garena Free Fire, a popular battle royale game where two teams consisting of four players take on each other, with one team coming on top in the end. When speaking about the broadcast, Qualcomm also stressed that:

“Live Broadcasts and Player Live Streams will provide aspiring gamers the opportunity to learn and increase their own proficiency. Snapdragon Conquest will encompass multiple events throughout the year, enabling competitive gaming across multiple game titles and is designed to engage mobile gamers across all segments and levels of proficiency.”

The unparalleled popularity of games like PUBG Mobile in India and the media coverage they get, have paved the way for more promising and engaging games and gamers to push the gaming boundaries for content in greater India. The gaming Industry in India, which looked bleak only a couple of months ago, when PUBG was banned from the country, now has come to life all of a sudden, and showing promises to flourish again.

Qualcomm has kept this season of the Snapdragon Conquest (or the Free Fire Open 2020) open for all. There will be no tournament entry fees for aspiring teams. Qualcomm has major and honest intentions of leveraging and spreading its wings all across the mobile gaming space in India, to help elevate the extreme potential it has hidden in its deep eSports underbelly.