What areas can Team India target ahead of the 2023 ODI World Cup?

Team India’s hunt for the elusive ICC title continues as they failed to go all the way in the T20 World Cup in Australia. Like every time, there were high hopes from the Men in Blue this year as well. They showed glimpses of brilliance, getting the better of Pakistan courtesy of a superb chase by Virat Kohli.

However, they lost the other two big games. The Men in Blue came second best against South Africa in Perth in the Super 12 clash. England then thumped a hapless India by 10 wickets in the semi-final in Adelaide. From the form of skipper Rohit Sharma to bizarre selection policies, a lot went wrong for India in the World Cup Down Under, ultimately leading to the sacking of the selection committee.

The Men in Blue, however, have no time to rest. They have already started preparations for the 2023 ODI World Cup, which will be held in India. Since the end of the T20 World Cup, India has been involved in two 50-over bilateral series, losing both of them. They lost 1-0 to New Zealand before going down 2-1 against Bangladesh in the Bangla Tigers’ own den.

India has a lot of questions to answer ahead of the ICC event, especially about selection matters. Let’s have a look at some of them:

#1 Who will be the opening partner with Rohit Sharma?

Veteran opener Shikhar Dhawan has been captaining the one-day team in Rohit Sharma’s absence. He was also named a leader for the New Zealand ODIs. The left-hander has been an excellent servant of Indian cricket. His one-day record speaks for itself. In 167 matches, he has smashed 6793 runs at an average of 44.1 and a strike rate of 91.4, with 17 centuries and 39 fifties.

Despite playing only one format of the game, Dhawan has displayed decent form recently. Since the start of the West Indies tour, he has registered four half-centuries in 11 innings with a best of 97. However, his strike rate has recently taken a severe dip, perhaps because he is trying to play for his place in the team.

Dhawan will turn 37 in December and with him not being picked for the Sri Lankan series coupled with Ishan Kishan’s rise as an explosive opening batter, one would have to take a call on who will partner Rohit in the upcoming World Cup.

The southpaw’s recent heroics against Bangladesh in Mirpur make him the frontrunner for the role. Kishan, who replaced Rohit for the third ODI against Bangladesh earlier this month, cracked the fastest double hundred in the format. The left-handed batter became the fourth Indian batter to hit a double ton in ODIs achieving this in 126 balls, helping the visitors reach 409 in 50 overs.

Another name that comes to mind is Shubman Gill, who can be slotted as the third opener in the side. Shubman has fared well whenever given a chance in the ODI format. Gill currently averages 57.3 in ODIs from 15 games with an impressive strike rate of 99.1. Although, he is deemed as the torchbearer of the Indian batting line-up for the future, given Rohit still is around the team, Gill will have to do more to cement his place in the playing XI. 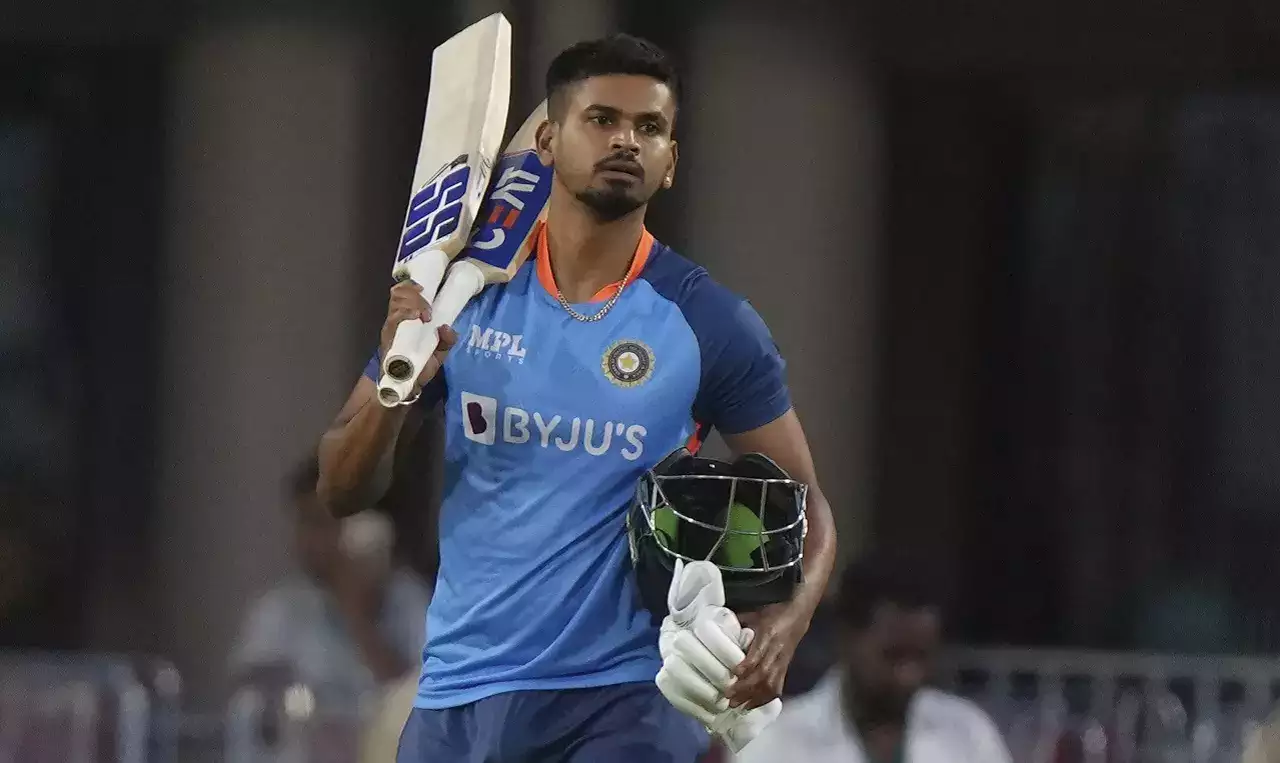 When one talks about the contenders to bat two down for India, it becomes quite hard to look beyond Shreyas Iyer. The ace batter has been quite phenomenal in the 50-overs format from the time he first donned India’s jersey. He has featured in 36 ODIs so far and accumulated 1428 runs at an average of 49.24.

Of late, Iyer has steadied the ship when India has been in dangerous waters and anchored the innings beautifully. Also, the ace batter has an aggressive side to his game too and has put up an exhibition of his elegant stroke play on several occasions in the international arena.

The Mumbai-born batter has been been in amazing nick this year and scored 615 runs in 14 ODIs at a superb strike rate of 95.49. Given the form Iyer is in, the team management could look at him to ace the number four slot in the lead-up to the marquee tournament in 2023.

Another option is Suryakumar Yadav who is an automatic choice in T20Is as he has grabbed his spot in the team will some incredible batting performances. But the same cannot be said of his ODI place. The 50-over format requires different skills, and Suryakumar has yet to fully prove himself in this version of international cricket. Of course, the 32-year-old has only played 15 ODIs, but the think tank will need to take a call soon.

Despite consistent failures, Rishabh Pant seems to enjoy the confidence of the team management, which has led to a massive debate in Indian cricket. Opinions have been split over whether the backing is the right move or not. In his last six white-ball knocks, he has registered scores of 27, 3, 6, 6, 11, and 15.

Not only has he struggled to score runs, but his rhythm has also yet to be there. In the first one-dayer against New Zealand in Auckland, he took 23 balls for his 15. The left-hander was dismissed ungainly, dragging a delivery from Kiwi pacer Lockie Ferguson back onto his stumps. The manner of dismissal was symptomatic of his white-ball woes with the willow.

In contrast to Pant, Samson has been much more efficient. In his last six ODI knocks, he has scored 43*, 15, 86*, 30*, 2*, and 36. Also, unlike Pant, the right-handed keeper-batter from Kerala has played with a lot more authority.

He deserves a chance to play XI ahead of Pant on his current form. However, the latter often gets the nod due to his X-factor. The entire cricketing fraternity has witnessed how explosive he can be but the question is, how long will Team India keep backing Pant, even if he doesn’t deliver the goods? 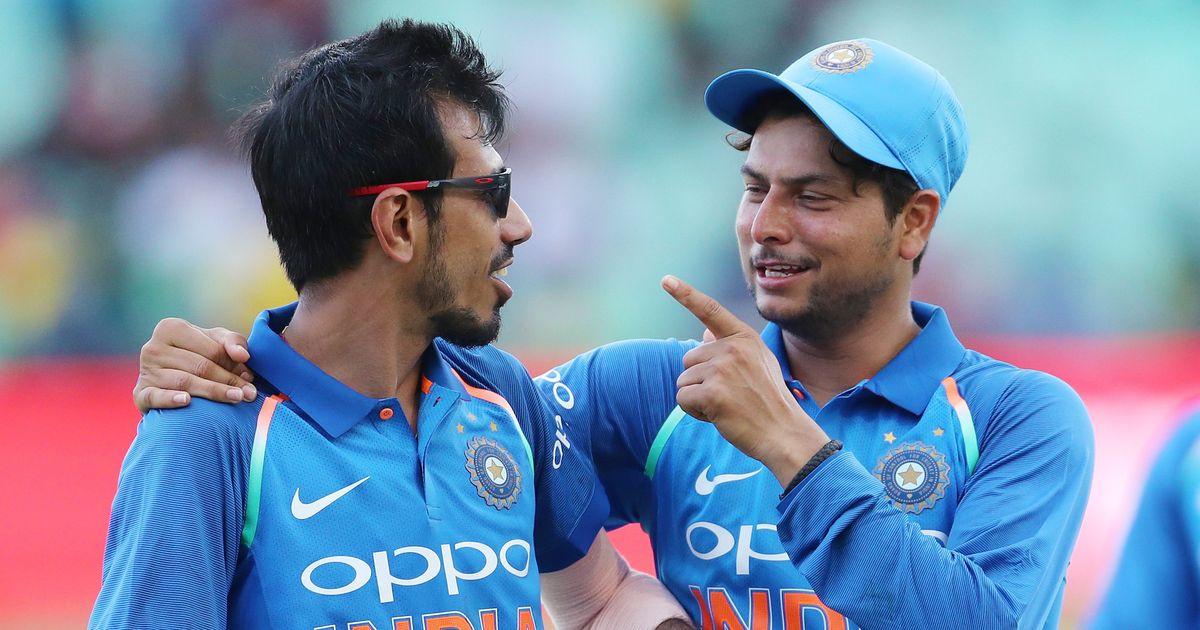 Team India sprung a surprise towards the end of the ODI series against Bangladesh as they added Kuldeep Yadav to their squad for the final contest in Chattogram.

Kuldeep had an understated outing. He beat the bat on multiple occasions but produced only one wicket, that of Shakib Al Hasan. He was also taken for 53 runs in his 10 overs as the Bangladesh batters tried to be positive against him, largely because they weren’t reading him convincingly from the hand.

India has been crying out for a wicket-taking wrist-spinner in white-ball cricket for a while now. Yuzvendra Chahal, who wasn’t part of the squad for the Bangladesh ODI series, has been their go-to man over the last three years, but he hasn’t covered himself in glory with his performances over that time frame.

The 2023 World Cup, to be held at home, will demand at least three spinners in the playing XI. While two of them are likely to be finger-spinning all-rounders, team combination dictates that a specialist leggie will be able to make the grade. Neither Chahal nor Kuldeep has sealed their spots in Team India’s first-choice ODI squad, and the upcoming months will reveal a lot in terms of the direction the selectors decide to take.

If Washington Sundar becomes one of India’s playing XI fixtures, Chahal could benefit from the fact that he turns the ball away from the left-hander. On the flip side, if Ravindra Jadeja and Axar Patel manage to play in unison, Kuldeep might be the preferred spinner.

As it stands, India is justifiably likely to pick Chahal ahead of Kuldeep. But others like Rahul Chahar and Ravi Bishnoi are firmly in the reckoning. If the young duo manage to outshine their seniors in the chances they’re bound to get over the next six months, they could easily pip them to the 2023 World Cup squad.

India’s biggest problem in white-ball cricket has been its inability to defend big totals. It is essential that the team identifies bowlers, and a clear strategy, to check the flow of runs. Pakistan is a great example where they have identified bowlers to bowl effectively at different stages of a match. India can take a leaf out of the book of the neighbours.

Team India’s bowling has suffered in Jasprit Bumrah’s absence lately. Even if he is fit, Team India must ensure adequate back-ups for the lead pacer. Unfortunately for India, there are too many bowlers on the injury list. Deepak Chahar only just returned from injury; Prasidh Krishna is nursing a back injury. T Natarajan seems to have gone off the radar while all-rounder Shardul Thakur has been struggling recently.

India handed debuts to Arshdeep Singh and Umran Malik in New Zealand, but they would be too raw even if they are backed for the 2023 World Cup.