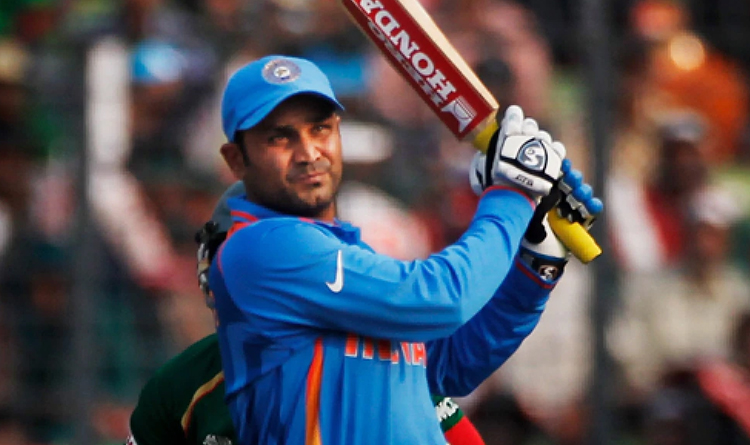 Virender Sehwag, the dashing Indian batsman celebrates his 42 birthday today. He is most famously known for his knock of 309 against Pakistan in Multan in 2004. Sehwag, with batting maestro Sachin Tendulkar formed one of the most destructive opening pair in Indian cricket.

Cricketers, from around the world, have now taken to social media to wish the aggressive right-hand batsman. Firstly, destructive former West Indies batsman Chris Gayle took to Twitter to post wishes for Sehwag:

Other cricketers wishing Sehwag include the likes of Suresh Raina, Sachin Tendulkar, Yuvraj Singh, VVS Laxman, and Virat Kohli. At this juncture, it is worth noting that Sehwag is the only Indian batsman to score two triple centuries in test cricket. He also holds the record of being amongst the three batsmen to score a double ton in an ODI game for India. He was also part of the World Cup winning squad in 2011.

Sehwag will be remembered for his 309 against arch-rivals Pakistan in 2004 as this marked the first time an Indian got to a triple century in test cricket. This game was won by India, so was the series. Even during this innings, he was noted for his aggressive style of batting. Sehwag was also a pioneer of hitting sixes through lofted shots on the off-side via square cuts-like hitting.

Even in one-day internationals, Sehwag played crucial knocks to steer India out of trouble on multiple occasions. His best innings is his knock of 219 from just 149 balls. This was in 2011 against the West Indies in Indore. Sehwag has been named in the World XI squads on multiple occasions. He also inspired a whole new generation of all-rounders specializing in rapid scoring while opening the innings. Sehwag is also a known humanitarianist and philanthropist, and runs a school that educates children from all backgrounds.