Top five wicket-takers in Tests in 2022

Kagiso Rabada has scalped 47 wickets in Test cricket in 2022

The year 2022 saw some remarkable performances across all three formats. But the arena of Test cricket witnessed something special. Bowlers dominating the batsmen once again. Just like in the ’70s and ’80s, the world, in 2022 witnessed some exceptional bowling performances by international cricketers in whites.

The batsmen were left rattled and even hurt in some cases. The introduction of the ICC World Championship too gave a new lifeline to Test cricket. But the bowlers’ efforts in the longest format were quite commendable. Leading the way from the front, the English and South African bowlers set an example for the world with four out of the top five bowlers being either Englishmen or Proteas.

The bowlers, especially the pacers took giant strides in the year and they were right on the money. The likes of Kagiso Rabada, Stuart Broad, and Marco Jansen impressed with their express pace and breathed down the neck of the opposition batsmen.

2022 was dominated by fast bowlers as only two spinners made the cut into the top eight leading wicket-takers of the year. The pacers were relentless in their approach and the run-scoring was not made easy for the batters as they had to toil hard for their runs.

The year saw some fine spells from world-class bowlers as they were able to hit the right line and length. On that note, we take a look at five bowlers who ended the year as the leading wicket-takers in 2022 – 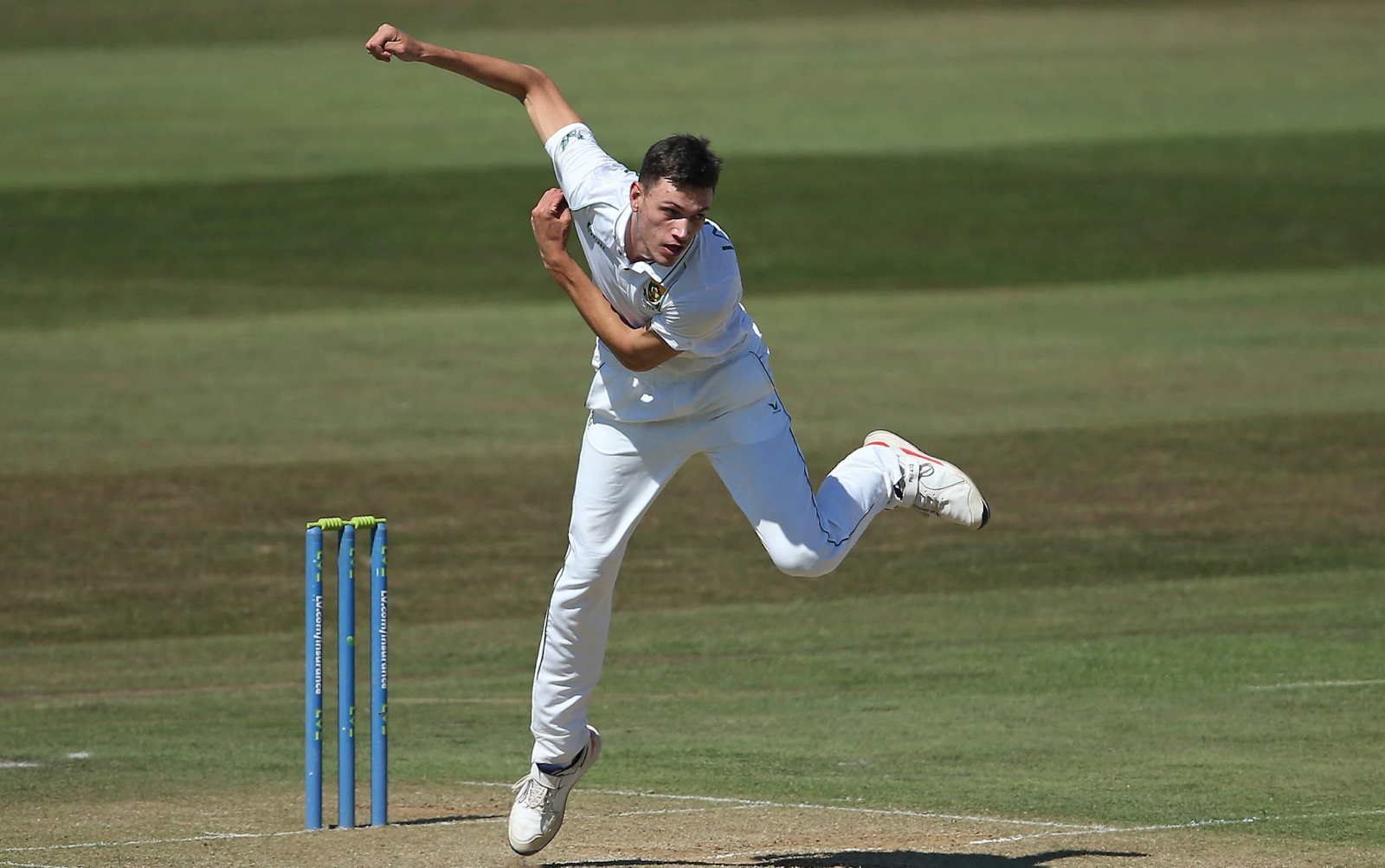 Marco Jansen has had a sensational debut year in international cricket

What a debut year it has been for South Africa’s Marco Jansen. The Left-arm pacer Marco Jansen missed a few matches this year for different reasons, but whenever he was given a place in the XI, the lanky pacer proved his worth.

In just eight matches that he played this year, Jansen claimed 36 wickets to finish in fifth place on the list of the most successful bowlers of 2022. With an impressive average of 19.02, Jansen rattled the batsmen with his pace and toe-crushing yorkers.

Jansen wreaked havoc against India at home, claiming 19 wickets in the three-match series, helping his team register a 2-1 series victory to deny the Indians their maiden series win in South Africa.

Later in the year too, Marco showed tremendous skills against New Zealand and England, chipping in with 18 wickets in the four matches. In the ongoing series against Australia however, he has struggled to trouble the Aussie batters bagging mere four wickets from the two games. Although the current series has been poor for the 22-year-old, one thing is for sure, the future belongs to him.

Old English warhorse Stuart Broad has been England’s frontman alongside James Anderson in the fast bowling department in Tests for quite some time. And him being England’s second most successful bowler of all time (566 wickets in 159 Tests so far) tells you just how big a role he has played and still plays for his country.

The year 2022 was no different for the 36-year-old pacer, as he finished fourth on the list of most successful bowlers of the year. With Mark Wood being out for the most part of the year due to injuries, Broad led the team’s bowling department from the front in the longest format of the game.

Although England’s performance was not quite up to the mark in the longest format, Broad’s efforts were one of the major highlights. After starting off gingerly (11 wickets in 2 games) against the Australians Down Under, Broad picked up the pace in the next three series scalping 29 wickets from seven innings.

His top performance came during the third test against South Africa where he scalped seven wickets in the game. But that could not save his team from the embarrassment of not qualifying for the World Test championship. He was also instrumental in the home series against New Zealand, wherein he scalped 12 wickets from the three games to mark Brendon McCullum’s coaching era as a bright one.

Along with huge success in limited-overs cricket, England enjoyed a great run in Tests too in the year 2022. And one man who stood out for the Three Lions in the format this year was Jack Leach who was instrumental in the side’s historic 3-0 win over Pakistan in Asia.

Not gifted with the lethal weapon of turn, Leach explored and worked on accuracy along with the assistance of spin to rise to the top three of the wicket-taking charts. This was by far his best year in the format wherein he scalped 46 wickets in 14 matches at an average of 38.3 and a strike rate of 79.4. 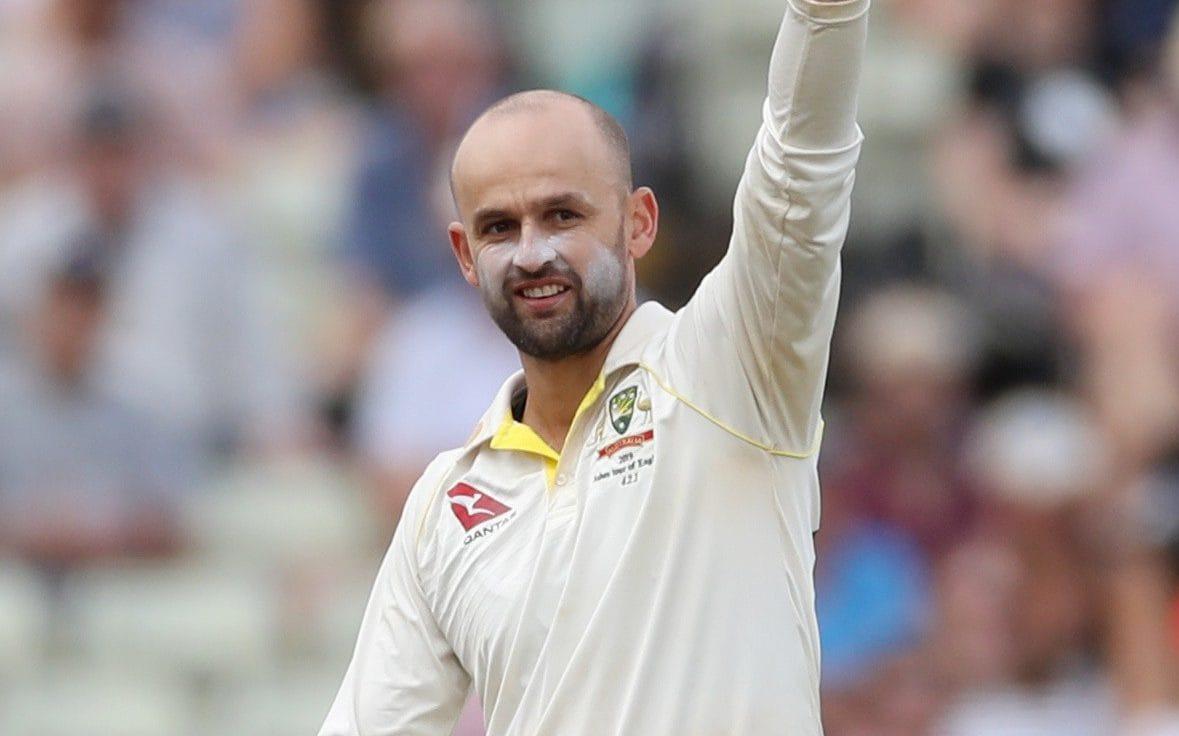 Nathan Lyon has been outstanding in 2022 scalping 47 wickets

From being a pitch curator to becoming Australia’s No.1 off-spinner, Nathan Lyon has come a long way. But just like good wine, the 35-year-old is getting better and better with age. 2022 was another great year for the New South Wales off-spinner, as he finished as the highest wicket-taker in Tests along with South Africa’s Kagiso Rabada.

Often denied a chance in limited-overs cricket, Lyon has time and again proven that he is amongst the best in the longest format. The experienced spinner has shown over the years that he has the skills to get his wickets in all conditions.

Lyon doesn’t require a rank turner to get him wickets and he has been a consistent performer for Australia. The off-spinner gets most of his wickets because he is able to extract extra bounce from the surface. He generally hits the good length area and the batters need to be on their toes while facing him.

The Australian spinner snared 47 wickets in 11 Test matches this year. The 35-year-old bowled at an average of 29.1 and a strike rate of 63.9 taking three five-wicket hauls in the year.

What a year South Africa’s ace paceman Kagiso Rabada has had as the 27-year-old breathed down the neck of the opposition bowlers with his accurate line and length. The right-arm pacer has been deadly with his express pace and took giant strides in 2022.

Rabada is like a bowling machine and doesn’t give an inch to the batsmen. He is always at the batsmen and hardly takes his foot off the pedal. The right-arm pacer is known to give his all to the team and South Africa knows that they will get 120% from him whenever he turns up on the field.

The Proteas bowler took 47 wickets in the nine Test matches he played in the year. The gun pacer bowled at a stunning average of 22.3 and a strike rate of 34.1 taking two five-wicket hauls this year.

South Africa scores an easy win against a struggling England