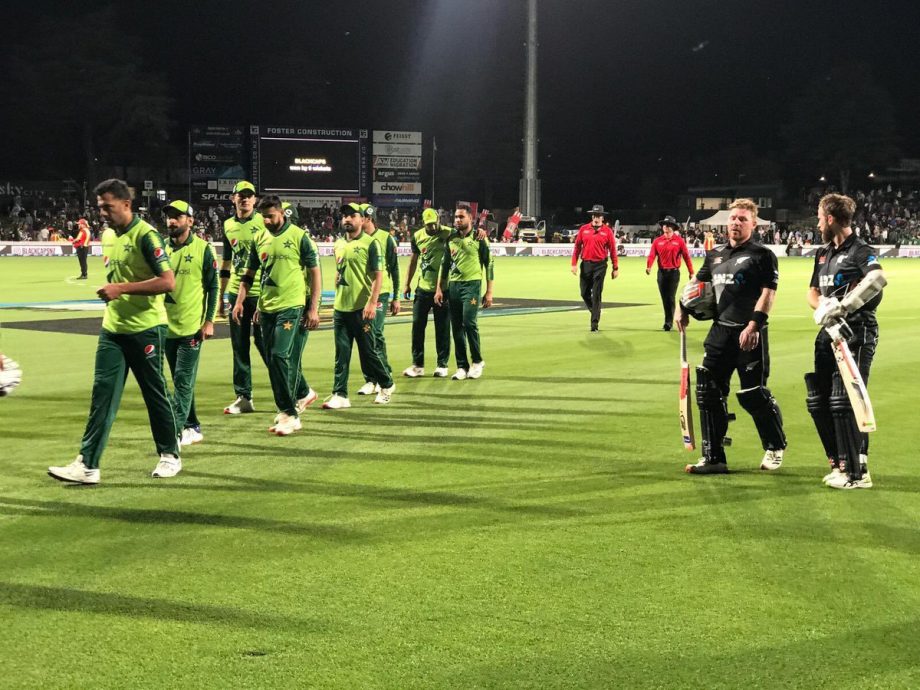 Tim Seifert stars in the second T20 with an unbeaten 84 to lead his side New Zealand clinch the three-match T20 series at Hamilton on Sunday. New Zealand wins the second T20 by 9 wickets and engraves their name on the trophy with a game to spare.

The professor, Muhammad Hafeez played a remarkable first inning with an unbeaten 99 runs of 57 runs but it went in vain as Tim Seifert and the skipper, Kane Williamson lead their side to victory in the second T20 match against Pakistan at Hamilton on Sunday. The hosts already engraved their name on the trophy with a game to spare.

Pakistan won the toss earlier today and opted to bat first. They put a target of 163 runs with the loss of six wickets in 20 overs which New Zealand chased down in the final over by nine wickets in hand. NZ already won the first T20 against Pakistan at Auckland by five wickets.

Kane Williamson also came back in the second T20 after having a paternity leave. He hit the winning boundary in the final over to clinch the victory by nine wickets and remained not out on 57 off 42 balls. Kane Williamson mentioned that the game was only about the bowling of Tim Southee who won man of the match award and the batsman, Seifert and Hafeez for their brilliant batting performance.

Seifert faced 63 balls to score a blistering 84 runs unbeaten innings while the professor was also in a destructive form who contributed a major part in Pakistan first innings runs, he plundered an unbeaten 99 runs off 57 balls. Tim Southee showed an outclass bowling performance, he restricted the remaining batsman with four for 21.

“It was a good surface, one that had a little bit for the bowlers and obviously if you could build partnerships you could gain some momentum,”

“It was really satisfying to get across the line. A fantastic knock by Seifert, a really good effort with the ball and obviously a brilliant knock by Hafeez, the master.”

The NZ opener, Seifert took Pakistan bowlers from start till the end of innings. Although, he could not complete his century due to the quality batting of his partner he matches the previous best 84 against India last year. He shared a 129 runs second-wicket stand with Kane Williamson.

The 40-year-old all-rounder, Muhammad Hafeez stood on his own with his career-best 99* (57) followed by 10 fours and 5 sixes. It was his fourth half-century from the past six innings in the last year, he put consistency by playing golf.

“I started golf last year and I realised the basics of the game are similar — good balance, good base, good swing, good follow-through that really worked for my cricket in the last year,”

The wicket-keeper and opener, Muhammad Rizwan scored 22 (20) which was second-best Pakistan side and the skipper, Shadab Khan played his batsman for not following up New Zealand batting conditions.

“It’s not a technique issue, we’re not used to the pitches and that’s why the conditions are a little bit difficult,”

“We have young openers and they will learn quickly, hopefully.”

The final T20 will be played at McLean Park on Tuesday.