“There is no chance for him” BCCI selectors on Jaydev Unadkat 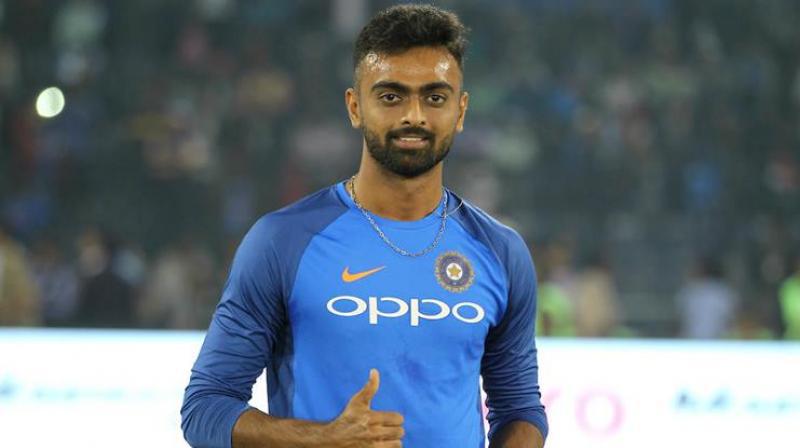 Jaydev Unadkat had a phenomenal run in Ranji Trophy season 2019-20. A season that any cricketer would dream to have at least once in his career while playing for the domestic side or India. The 30-year-old pacer took a record-shattering 67 wickets and helped his team win its first Ranji title. Unadkat was hoping to continue his stupendous run of form before the COVID-19 pandemic struck in India and brought cricket to a standstill.

As with any player in India, the Saurashtra pacer was hoping for a call-up again after having played a Test match way back in 2010. Things, though, have not panned out the way he would have liked as the selectors have continued to overlook him and handed out Test debuts to Mohammed Siraj, Navdeep Saini and T Natarajan during India’s tour Down Under. Recently, the left-arm pacer opened up the same during one of the interviews and was seen unhappy about his omission from the squad.

Speaking to The Times of India, former Indian pacer Karsan Ghavri was asked about the same.

“I asked a selector during the Ranji Trophy final (2019-20) that if a bowler takes more than 60 wickets and has taken his team into the final of the Ranji Trophy single-handedly, shouldn’t he be at least picked for India A. That selector told me: ‘Kadu bhai, he won’t be picked for India anymore. His name is not even considered by us when we think of 30-odd players.’ ‘Why not, I asked him.’ ‘Then what’s the point of him picking so many wickets? I was told that he’s already 32-33. Age is spoiling his case. It has put a full stop to his India career,”

The selector also shockingly revealed that they would invest in a youngster who can play for India for a long period of time.

“Why should we invest in an older player? We would rather pick a 21, 22 or a 23-year-old player if he’s good, he can serve India for 8-10-12 years. If we pick Unadkat today, how many years will he serve India?’ This is what that selector told me,”

Apart from one Test match, Unadkat has also featured in seven ODIs and ten T20Is.