England must beat Sri Lanka to keep their fate in their own hands at the ICC Men’s T20 World Cup 2022 when the sides meet in Sydney on Saturday. The equation is pretty simple for both of these sides at the moment. The winning team from this game will have a chance to make it to the semis whilst the losing team will be out of the ‘final four’ race completely.

England is level on points with New Zealand and Australia. Their NRR of 0.547 is ahead of Australia’s -0.304, but well behind New Zealand’s 2.233. If all three teams win their final matches, then it will obviously come down to NRR. As explained above, New Zealand is comfortably ahead in this aspect.

If Australia scores 180 and beat Afghanistan by 60 runs on Friday, then England will need to beat Sri Lanka by at least 10 runs on Saturday to stay ahead on NRR. That means the difference in margins needs to be roughly up to 50 runs for England to stay ahead. From England’s point of view, they will know exactly what they need to do as they play the last game of the group.

If England loses to Sri Lanka, though, then they will almost certainly be knocked out even if New Zealand and Australia lose their last games, as they are far behind New Zealand on NRR and in such a scenario Sri Lanka will go above the lot on points.

Sri Lanka is the only team in contention in this group with an even number of points. The only way they can qualify is if they beat England and if at least one of New Zealand or Australia loses their last game. If their game against England gets washed out, Sri Lanka will be eliminated given that their NRR is so far behind that of New Zealand.

Sri Lanka has been fortunate to play four full games. But they haven’t been able to make the most of it. They started their Super 12 campaign on a bright note with a massive nine-wicket win over Ireland but have suffered crushing losses to Australia and New Zealand in the next two matches. 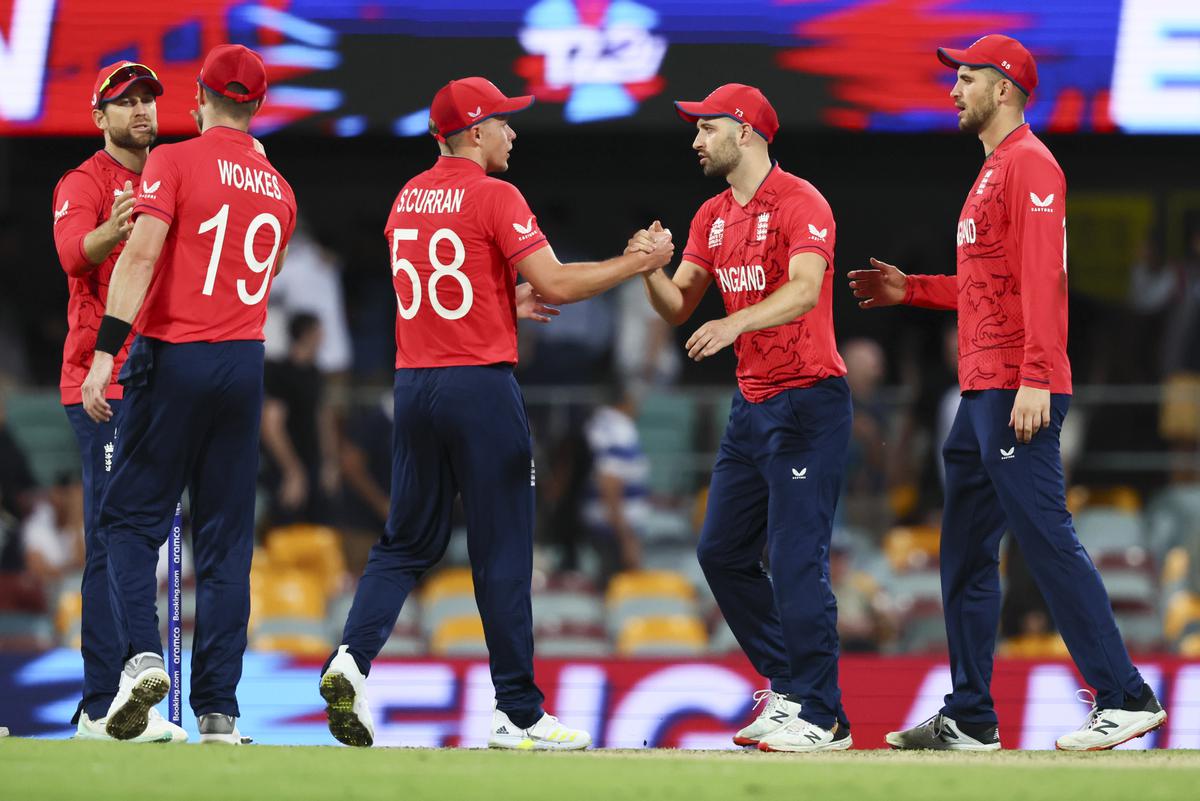 Meanwhile, a defeat to Ireland on DLS Method and a rained-off fixture with Australia have seen England drop three points from their opening four matches, meaning it’s now a case of win or bust for Jos Buttler and his side.

In their most recent game, however, the Three Lions defeated New Zealand by 20 runs. Buttler, who opted to bat first, led his side from the front and slammed a 47-ball 73 to power England to a stiff 179/6 in 20 overs.

New Zealand in response could only muster 159/6 in 20 overs. Glenn Phillips, who scored a 36-ball 72 gave England some nervy moments as he stitched a 91-run stand with skipper Kane Williamson for the third wicket. However, despite this effort, the Kiwis fell short of the English total.

This will be the 14th encounter played between the two sides with the English winning nine and Sri Lanka winning four. In the men’s T20 World Cup, these two sides played each other in five games with the team from Europe winning four of these encounters while the Asian side have won just one.

The most recent such game played between the two sides was in the 2021 edition wherein the Three Lions defeated the Lankans by 26 runs.

Wanindu Hasaranga (Sri Lanka): Wanindu Hasaranga plays a crucial role with the ball for Sri Lanka. The wrist-spinner gives them control in the middle overs and he will be looking to do the same in this game as well. He is the highest wicket-taker in the tournament with 13 scalps in six games, at an average of 13.5. 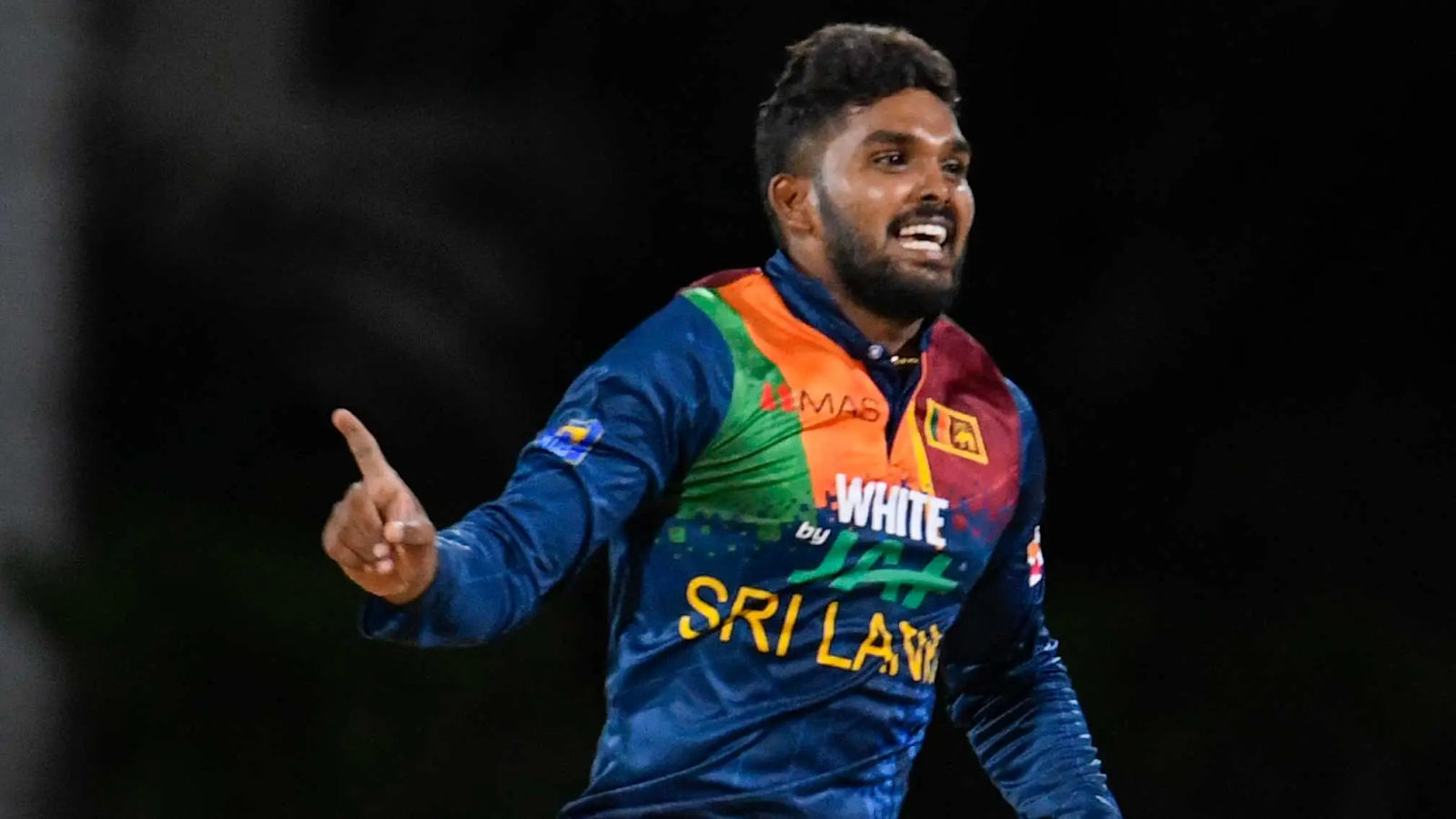 Wanindu Hasaranga is the leading wicket-taker in the ongoing tournament

The Sri Lankan all-rounder hasn’t really set the tournament on fire with his batting performances as he has accumulated just 16 runs in five innings, at an average of four, but he is more than a capable batter. His highest score in T20Is is 71, and when he gets going he tends to score fast.

Jos Buttler (England): By his own admission, England’s T20I captain Jos Buttler has understood the importance of playing the waiting game in T20Is while still catching up with the scoring rate.

His confidence comes from his six-hitting abilities — he has 101 to his name — something that was seen in abundance during IPL 2022, in which he scored four centuries, and won the Orange Cap for top-scoring with 863 runs for Rajasthan Royals.

Buttler, who took over the England T20I captaincy following Eoin Morgan’s retirement, has a huge responsibility, but he is one not to succumb to the pressures of captaincy. In the first T20I in Perth, Buttler showed he relished the captaincy while batting in his usual manner. Keeping wickets, opening the batting and scoring runs at a quick pace while leading the side, Buttler will be in the thick of things at all times.

Sri Lanka most likely needs to win this one by a significant margin may well play into England’s hands, especially their bowlers who will look to prioritise accuracy to try to break the spine of Sri Lanka’s top order with early wickets regardless of whether they are bowling first or second.

After a slow start, it feels like England is starting to find their feet, as shown in what was an excellent all-round performance against New Zealand. Provided they replicate those levels with both bat and ball in this contest, then Buttler’s men will be expected to wind up too strong for Sri Lanka.