These are just early days in the ‘Super 12’ stage of the 2022 ICC T20 cricket World Cup and we have already witnessed some great finishes so far. South Africa and Bangladesh come up against each other in another thrilling encounter.

South Africa did start off well in their first match against Zimbabwe and restricted them to a total of 79 in 9 overs. In response, South Africa got off to a flyer scoring 51 runs in three overs, but the rain had other plans. It played a spoilsport on South Africa’s chances and the teams shared points.

On the other hand, Bangladesh had a closely-fought game against the Netherlands as they managed to edge past the Dutch by 9 runs. Now, both teams would look forward to getting a win and keeping the momentum going.

South Africa and Zimbabwe had to settle for a point each as their Super 12 encounter at the Bellerive Oval in Hobart didn’t yield any result, with rain causing frequent interruptions and delays. At first, the match was reduced to nine overs per side due to frequent interruptions caused by rain. Even though it kept drizzling lightly, the match went on fine until the first over of the South African innings.

Zimbabwe scored 79/4 in their nine overs and the Proteas were set a DLS target of 85 to chase down in nine overs initially, but that was reduced to 64 from seven overs after the interruption. South Africa kept cruising towards the target but the match couldn’t resume again when rain caused another interruption after the third over. 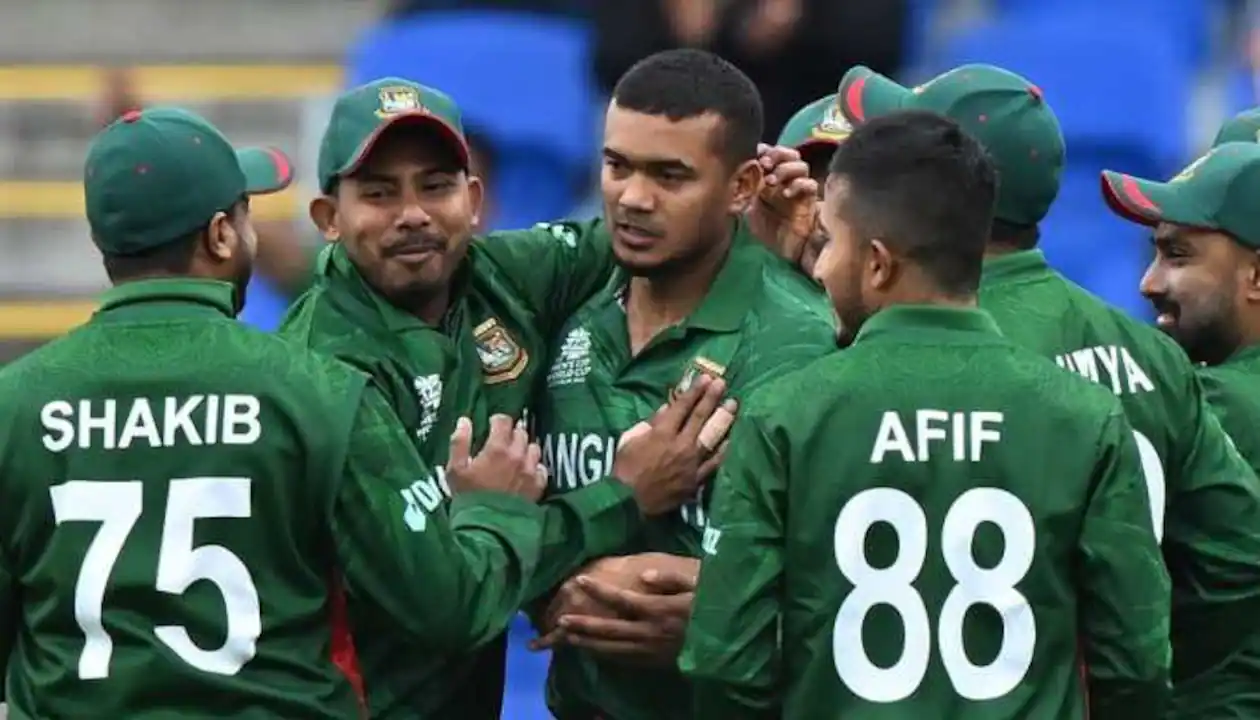 Meanwhile, Taskin Ahmed led Bangladesh’s charge as they beat the Netherlands by 9 runs in a low-scoring Super 12 encounter of the T20 World Cup in Hobart on Monday. Ahmed finished the contest with four wickets in his quota, which saw him concede 25 runs.

Shakib Al Hasan and Co. were invited to bat first but a clinical display by the Netherlands saw Bangladesh manage a paltry 144/8 on the board in 20 overs. The opening pair of Najmul Hossain Shanto and Soumya Sarkar got Bangladesh off to a strong start, however, following their dismissal the Asian side failed to carry forward the momentum and lost wickets at regular intervals.

A 12-ball 20 cameo by Mosaddek Hossain towards the end helped Bangladesh post a fighting total on the board. Bangladesh bowlers and fielders put up a strong show as the Netherlands were reduced to 15/4 inside four overs.

However, Scott Edwards and Colin Ackermann showed some resistance, before Shakib packed Edwards for 16. Ackermann led a lone battle and went to smash 62 off 48 balls. Despite his knock, Netherlands could only manage 135/10, with the last wicket falling in the final ball of the 20th over. The win was Bangladesh’s first at the Super 12 stage of any men’s T20 World Cup.

South Africa has played Bangladesh in seven men’s T20I games out of which they have emerged victorious in each and every game. In the Men’s T20 World Cup, both these sides played each other twice, with the Proteas coming in top in both these games. In their last such match, South Africa defeated Bangladesh by six wickets in November 2021 in Abu Dhabi. That game was also the two side’s last T20I match amongst each other. 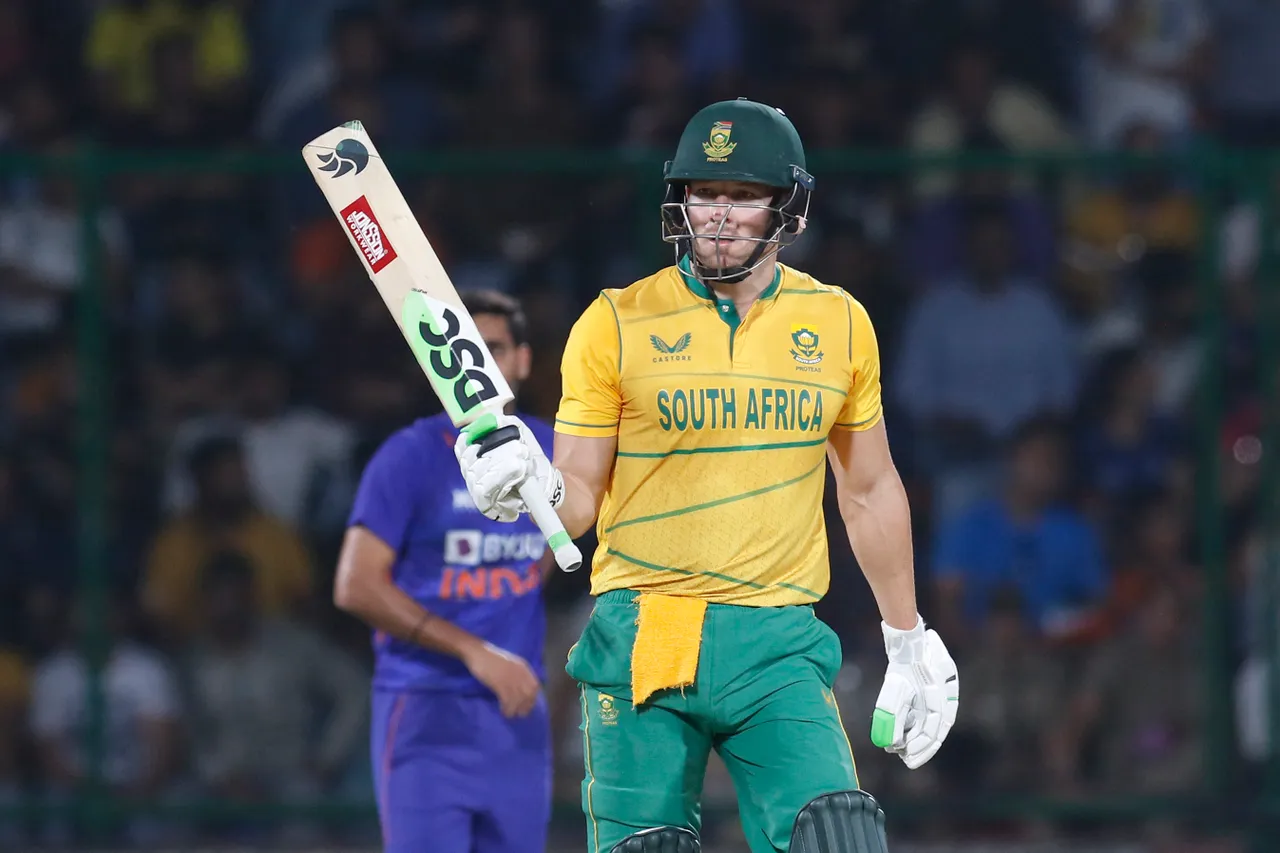 David Miller (South Africa): The southpaw has been in stellar batting form this year. Miller has been a very bankable player for South Africa in the middle order. He has amassed 283 T20I runs in this tough role in 2022, at an outstanding average and strike rate of 56.60 and 186.18 respectively. He will have a crucial role to play for his team in this contest once again.

The Veteran South African batter was in an enthralling form during South Africa’s recent tour of India. The middle-order batter hammered 125 runs in three T20Is and 117 in as many ODIs against the hosts. In the second match of the three-game T20I series, Miller reached his second T20I century off just 47 balls with the help of eight fours and seven towering maximums.

Shakib Al Hasan (Bangladesh): Shakib is going to be Bangladesh’s most important player in this encounter. He is highly experienced having played over 100 T20Is and has amassed 2000 runs in the format while claiming 122 wickets. Shakib was seen in good batting form during the tri-series in New Zealand. He amassed 154 runs during the tri-nation series at an average of 51.33 and a strike rate over 150.

With the ball, though he has taken just six wickets in 11 T20Is this year, he remains an extremely important spin bowling option for his team.

As much as a boost that it was for Bangladesh to beat the Netherlands, South Africa will prove far tougher opponents. It will also be an angry, frustrated Proteas side that they come up against following their no result over Zimbabwe.

South Africa’s performance levels are expected to be high here and when you consider the quality they possess with both bat and ball, Temba Bavuma’s men must be favoured for victory in this one.