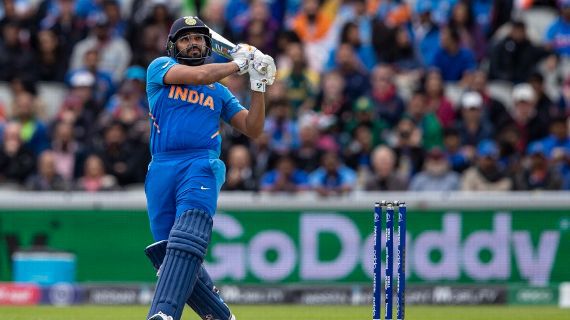 The Board of Control for Cricket in India (BCCI) chief Sourav Ganguly has informed that star batsman and India’s limited-overs vice-captain Rohit Sharma is only 70 per cent fit, even though he participated in the playoffs for Indian Premier League (IPL) 2020 and helped Mumbai Indians to their fifth title earlier this week.

There has been a controversy of sorts surrounding Rohit as he was initially not picked for India’s tour for Australia, but was later on named in the Test side for the four-match series owing to Virat Kohli’s absence in the final three matches.

“Why don’t you find out from Rohit himself? That is why he is still not picked for the ODIs and T20s down under. He has been added to the Test squad,”

Rohit had suffered a hamstring tear during the IPL 2020 and was out for a few matches for the Mumbai Indians. But he returned for the playoff stage, despite a warning from the BCCI medical staff that he was running the risk of aggravating his injury. Rohit scored a brilliant half-century in the final of IPL 2020 to help Mumbai Indians beat Delhi Capitals (DC) and win their record fifth overall title.