The Boxing Day test between Pakistan and New Zealand ended in a bittersweet draw and the Black Caps will face the men in green for the penultimate test match of the series slated to begin on Monday at the Karachi Stadium.

Both teams needed a win after a rather disappointing show in the longest format of the game. Pakistan received a 0-3 mauling at the hands of England a couple of weeks back and hoped to return to winning ways.

However, on a pitch that didn’t offer much to bowlers, Pakistan’s batting flattered to deceive as much of the workload was given to skipper Babar Azam and former skipper Sarfaraz Ahmed. On the other hand, the Kiwis had most of their bases covered and could have taken advantage of the conditions had offered a bit of help.

Mir Hamza didn’t make a dent either and it’s possible that Hasan Ali, who was recalled for the series against New Zealand will be preferred over him.

New Zealand did well in all departments, but Ish Sodhi was the pick of the bowlers. He claimed eight wickets in the test and made a remarkable return to the test side. 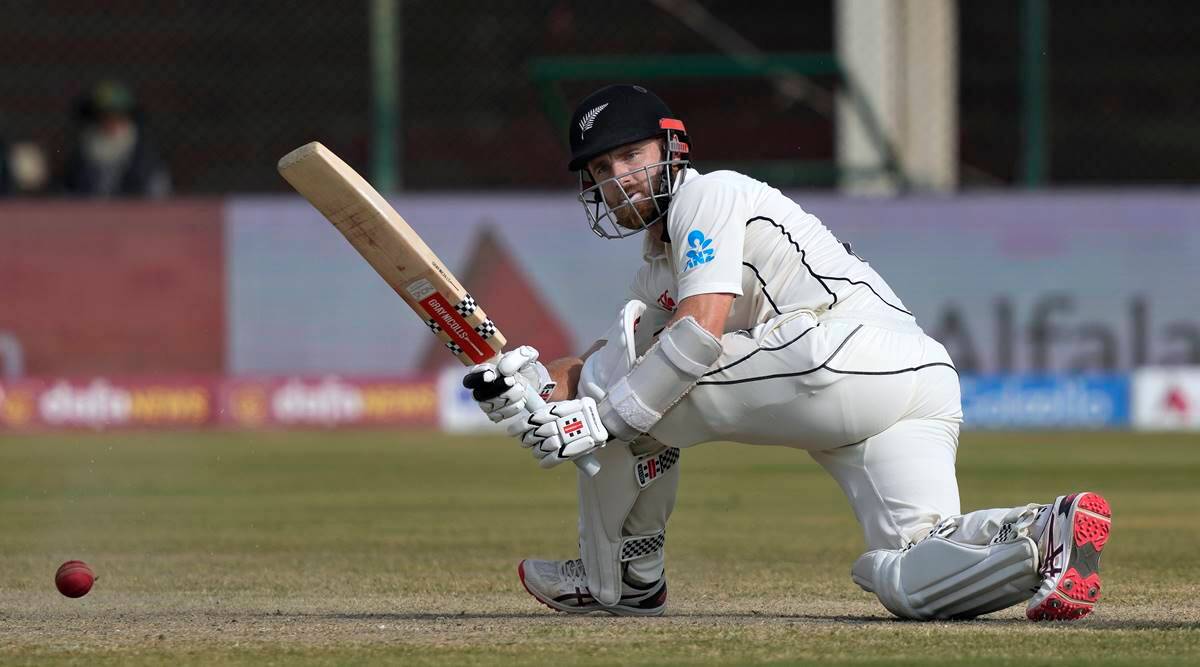 In the batting department, the top-order will be hoping to repeat their success of the first Test as most batsmen chipped in helping the Kiwis get the lead against Babar Azam’s side. Openers Devon Conway and Tom Latham led the way from the start followed by Kane Williamson scoring an unbeaten 200.

Neil Wagner looked devoid of creativity despite taking a wicket in the first innings of the test. Matt Henry might be included in the squad to take on Pakistan in the final test. Other than that, New Zealand might go unchanged in the second test which begins on Monday.

Both Pakistan and New Zealand are mathematically out of the running to vie for the World Test Championship. Pakistan is placed 7th on the table while the Kiwis sit in 8th spot. Both teams have failed to register a win in their last five test matches, with Pakistan’s last test win coming against Sri Lanka in July 2022. The win against New Zealand was imperative for the men in green to stay alive, sadly, as things stand, they will be watching the final from home.

As for New Zealand, they, too, lost the series against England earlier this year. Their last victory in tests came against South Africa in February, a match the Kiwis won by an innings and 276 runs.

The first test between the two behemoths had its highs and lows. In the first innings, Pakistan lost four wickets pretty cheaply and it looked like their poor run might continue. Babar Azam and Sarfaraz Ahmed played brilliantly to guide Pakistan to a strong total.

Azam scored 161, while Ahmed, on his return to the test side, lost out on an opportunity to score a magnificent ton by just 14 runs. Agha Salman took matters into his own hands and scored a brilliant knock of 103, which included 17 fours.

For the Kiwis, captain Tim Southee was the pick of the bowlers in the first innings and sent both Pakistani centurions to the pavilion. Southee picked three wickets while Ajaz Patel, Michael Bracewell, and Ish Sodhi claimed two wickets each.

The Kiwis’ top-order was on fire with a 181-run opening partnership and all the middle-order batsmen playing vital knocks as Ish Sodhi chipped in and played a handy knock of 65 which included 11 fours helping the visitors post a total of 612 runs.

Abrar Ahmed and Nauman Ali were the pick of the bowlers for Pakistan and claimed five and three wickets respectively in the first innings. 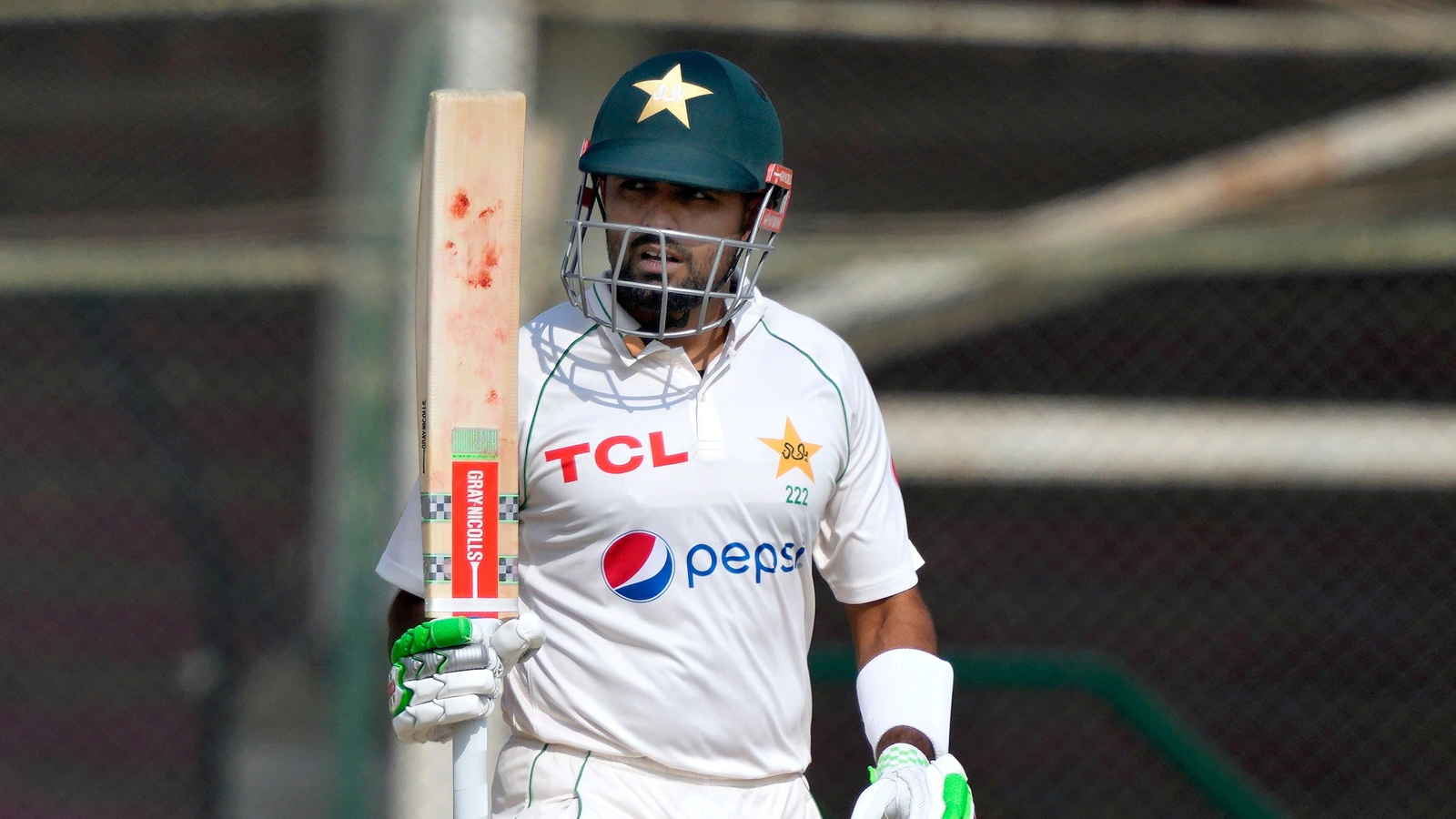 The home team scored 311 runs at the loss of eight wickets in the second innings and declared, which left the Kiwis with a target of 138 with not a lot of time left in the day to chase it. Ish Sodhi was the standout performer and took six wickets.

With not a lot of time left in the day and with inadequate light, New Zealand scored 61 at the loss of one wicket as the match ended in a draw.

Pakistan has been the dominant side whenever the two teams have locked horns with each other. The men in green and the Kiwis have played 61 matches against each other in which the former have emerged victorious 25 times, of which 13 victories have come at home.

However, New Zealand has won four of the last five test matches the two teams have played against one another, which makes them favorites to emerge victorious in the South Asian country.

The Kiwis have won only two matches in Pakistan and will be hoping to increase the tally from the 2023 calendar year. Incidentally, the Black Caps have won nine games at home while the two behemoths have shared the loot 22 times.

Babar Azam (Pakistan): The Pakistani skipper has on and off shown why he deserves that number 3 spot in the ICC test rankings. He showed his class against New Zealand and scored a brilliant knock of 161, which included 15 fours and a six.

His declaration in the second innings came as a shock to many. However, Azam revealed after the first test that he wanted the match to end with a result, and hence a brave move was on the horizon to try to eke out a win, which seemed unlikely.

Incidentally, he revealed that the team was happy with the result, reiterating that the squad still needs to work on several issues. Despite falling cheaply in the second innings, Azam remains a threat to any bowling attack in the world.

Kane Williamson (New Zealand): The former skipper reinvigorated his form against Pakistan in the first test and scored an unbeaten 200. This was Williamson’s fifth double century and it came at a time when New Zealand needed it the most.

Smashing his fifth double ton, he broke Brendon McCullum’s record for most Test double hundreds for a Kiwi batter as McCullum is now second with four double tons. During the presentation ceremony, Williamson was also awarded the player of the match and iterated how he was just trying to form a partnership.

A win was imperative for Pakistan to keep their hopes alive to eke their way to the top of the table of the World Test Championship. However, that seems highly unlikely after no wins in their last four home tests.

New Zealand is out of the running to defend the title won in 2021 and will be hoping to ruin Pakistan’s chances as well in the upcoming test as they look like the favorites to take a 1-0 lead.