Pakistan lost their opening game against India by five wickets

Pakistan would be fighting for their survival in the Asia Cup 2022 as they take on Hong Kong in the 6th game of the 2022 Asia Cup. Pakistan started poorly losing against India in their opening game and loss here would be the end of the road for the side. Hong Kong comes here with a big loss against India, but the side did show sparks of brilliance.

This will be the first game between the two sides. Pakistan is a strong team, and they have several experienced players in the squad. This should work well for the side against a relatively inexperienced side. Hong Kong surprised everyone to win the Qualifiers and the side would be hoping to draw inspiration from those performances.

Babar Azam would be upset with the loss against arch-rivals India. In a close game, the side went down by 5 wickets. It was their batting that let the side down in the last game. The top order failed to build partnerships and the side finished 20 runs short of what would have been a good score. This is a must-win game for the team and Azam would want his players to be clinical.

Babar Azam and Mohammad Rizwan shall have to set up a strong opening wicket stand in this game. Fakhar Zaman, Iftikhar Ahmed, and Khushdil Shah failed to convert their starts against India and the team would need a better performance from them. The side has depth down the order and the likes of Shadab Khan, Asif Ali, and Haris Rauf shall need to add runs.

They have a strong bowling attack, and the side would like to get early wickets from Naseem Shah and Shahnawaz Dahani in this game. Shadab is an experienced bowler, and he will have to do well in the middle overs with Haris Rauf. Mohammad Nawaz went for runs in the last game and he will look to come up with a better show.

Nizakat Khan suffered a 40-run loss against India in the last game. They allowed the Indians to put up a big total and lost their chances from there on. The side would have realised this is a different ball game from what they had experienced in the Qualifiers. Khan would want his players to stick to their basics and not be overwhelmed by the challenge.

Nizakat Khan and Yasim Murtaza went out cheaply in the last game and they have to set up a big opening wicket stand in this game. Babar Hayat is one of the most experienced players on the side and he would look to build partnerships with Kinchit Shah and Aizaz Khan in the middle order. Hong Kong would also expect to see a good show from the likes of Scott McKechnie and Zeeshan Ali down the order.

Their bowlers would face a tough challenge after the poor show in the last game. The side would need early wickets from Ayush Shukla and Haroon Arshad. Aizaz Khan has done well in recent games, and he would need to stop the flow of runs in the middle overs with Mohammad Ghazanfar. Ehsan Khan and Murtaza must do well in the supporting role.

In the nail-biter, India edged Pakistan by five wickets in their Asia Cup 2022 clash at the Dubai International Cricket Stadium on Sunday, August 28.

Chasing 148 proved a topsy turvy affair, with the Men in Blue rocked in the very first over bowled by debutant Naseem Shah, who got rid of KL Rahul and brought back the memories of last year’s clash when his partial namesake Shaheen Shah Afridi had done the same.

Despite setbacks, India found runs from Virat Kohli (35), Ravindra Jadeja (35) and more importantly, Hardik Pandya (33* off 17) who stayed till the end and hit a six with just two balls left to get India over the line.

Earlier, Pakistan’s susceptibility against bouncy deliveries, which had long existed but not troubled them in recent times — at least not in Dubai — was superbly exploited by India to restrict them to just 147. 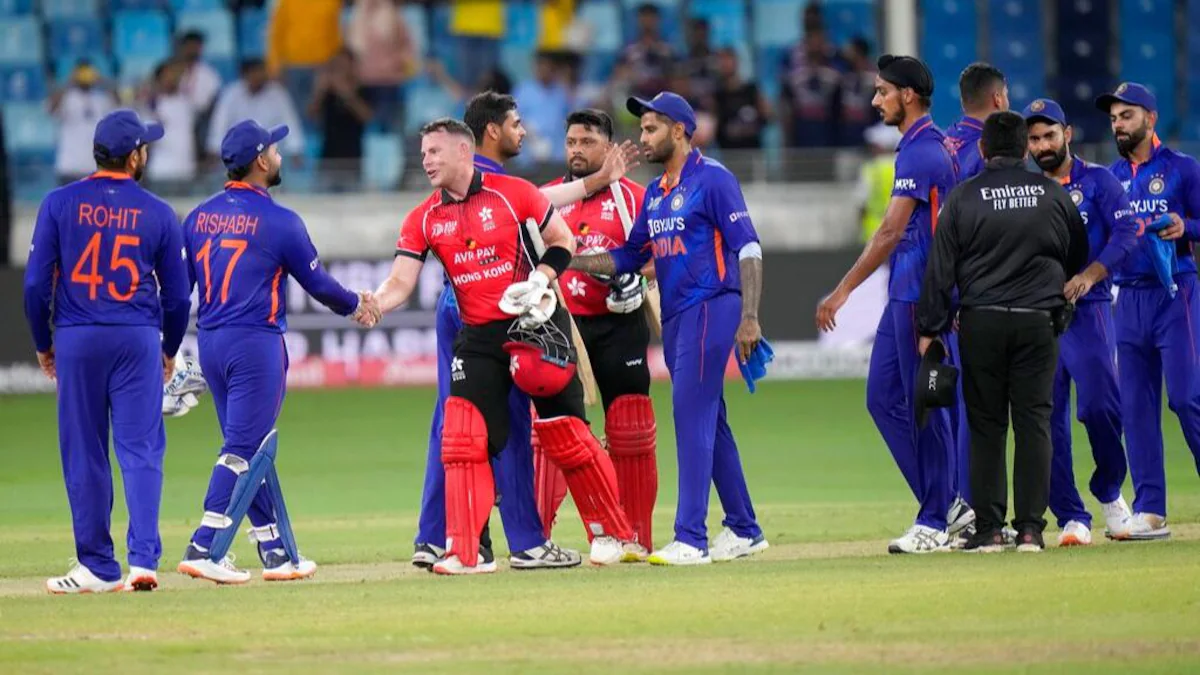 Meanwhile, Hong Kong suffered a 40-run defeat in their opening match of Asia Cup 2022 against India. Suryakumar Yadav’s glittering 68* off 26 balls and Virat Kohli’s 31st record-equalling half-century helped India to post a total of 192 while batting first in the Group A fixture at Dubai International Stadium.

Chasing a mammoth target of 193, Hong Kong lost its first wicket early as Arshdeep Singh drew first blood for India in the second over. Ravindra Jadeja provided the second breakthrough for India as he ran out Nizakat Khan for 10 runs.

In the end, Hong Kong batters failed to cope with the climbing run rate and lost their wickets in hope of scoring big runs and ended up managing to score 152/5 in 20 overs thus suffering a 40-run loss.

This will be the very first instance when the two sides play out each other in the history of the format and hence head to head records are not applicable for this fixture. However, both teams will be eager to kickstart this new rivalry with a win. 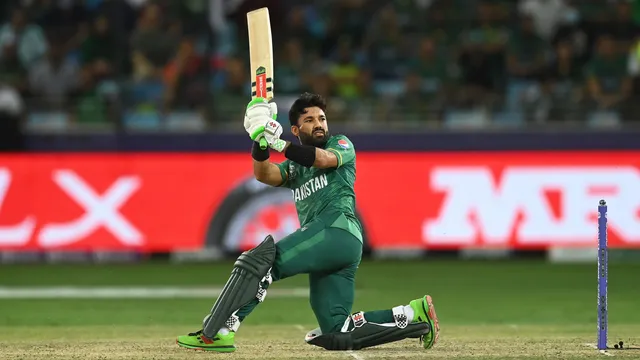 Mohammad Rizwan top scored for Pakistan in the India game

Mohammad Rizwan (Pakistan): T20s and Rizwan didn’t seem naturally suited to each other, but 2021 saw him make a mockery of those predictions with a record-breaking year. He began by smashing an unbeaten 104 against South Africa, followed up by seven further half-centuries that saw him amass the most T20I runs in a single year by any player. He was also the second-highest run-scorer at the 2021 PSL.

His stability and consistency at the top of the order converted what tended to be a Pakistan weakness into a Pakistan strength. Rizwan now appears to be in the prime of his career, and one of Pakistan’s most prized assets heading into the 2022 World T20 and the current Asia Cup.

Yasim Murtaza (Hong Kong): A perfect all-rounder from Hong Kong to bet on, Yasim Murtaza displayed his batting skills in the 2022 Asia Cup qualifiers quite well and ended up being the highest run-getter in the tournament. Yasim made 130 runs from just three matches to enrol himself as the best batter of the event. Yasim also scalped three wickets in the qualifiers.

With such impressive figures, he definitely is another player from Hong Kong to watch out for in the Asia Cup 2022. Although he did have an off day against India both with the bat and ball, that truly doesn’t justify his talents and thus would like to make amends against Pakistan on Friday.

Pakistan will need to win this game to qualify for the next round of the Asia Cup so cannot afford to take Hong Kong lightly, no matter how much stronger they are on paper. Babar Azam’s side can be satisfied with their performance, if not the result against India with a late flurry from Hardik Pandya enough to drag his side over the line.

It doesn’t get any easier for Hong Kong following their game against India, but as was the case in that one, the experience their players will gain from playing in these big matches will improve them hugely going forward.

For Pakistan, it will be about improving their death bowling in particular which will be so important if they wish to go all the way in this competition. Expect a strong reaction from Pakistan in a bid to regain that winning feeling among their squad and they should have more than enough within their team to secure victory over Hong Kong.