Hosts Pakistan will be looking to make a strong comeback when they take on England in the second game of the T20I series in Karachi on Thursday.

The home side put in a timid batting performance in the opening game played against England. Captain Babar Azam will be hoping that the side can put in an improved performance in a bid to level the T20I series.

On the other hand, England will be keen to continue their winning momentum in this fixture. Moeen Ali-led unit put in a splendid performance to go 1-0 up in the seven-match T20I series.

For Pakistan, the batsmen will need to put in a better effort with the bat in this game. On the other hand, England will be hoping that the players can put in another clinical performance in the second game of the T20I series.

Despite losing their first match, the Men in Green will not make any changes to their playing XI. aIn the batting department, the onus will be on the likes of Mohammad Rizwan, Babar Azam, Shan Masood, Haider Ali, and Iftikhar Ahmed to deliver the bulk of the runs in this fixture.

In the previous game, opener Mohammad Rizwan played exceedingly well and finished the innings with the top score of 68 runs off 46 balls with the help of six fours and two sixes. He was well supported by Babar Azam and Iftikhar Ah, who produced scores of 31 and 28 respectively.

In the bowling department, the side will be relying heavily on the likes of the pace trio of Shahnawaz Dahani, Naseem Shah and Haris Rauf to provide timely breakthroughs. For Pakistan, Leg-spinner Usman Qadir was the pick of the bowlers and finished with figures of 2 for 36 in his four overs.

The visitors will be keen to maintain their standards with bat and ball against Pakistan in the second game of the T20I series. The side will be relying on their in-form opener Alex Hales, who scored 53 runs off 40 balls in the previous game, played in Karachi. Rookie batsman Harry Brook produced a sublime innings and scored 42 not out off 25 balls with the help of seven boundaries.

In the bowling department, the pace trio of David Willey, Luke Wood, and Sam Curran will need to deliver crucial breakthroughs with the new ball. The spin duo of Adil Rashid and Moeen Ali will need to pick up crucial wickets for the side in this game. In his T20 debut game for England, Wood was the pick of the bowlers and finished with figures of 3 for 24 in his four overs. Besides Wood, Leg-spinner Adil Rashid bowled well and claimed 2 for 27 in four overs. 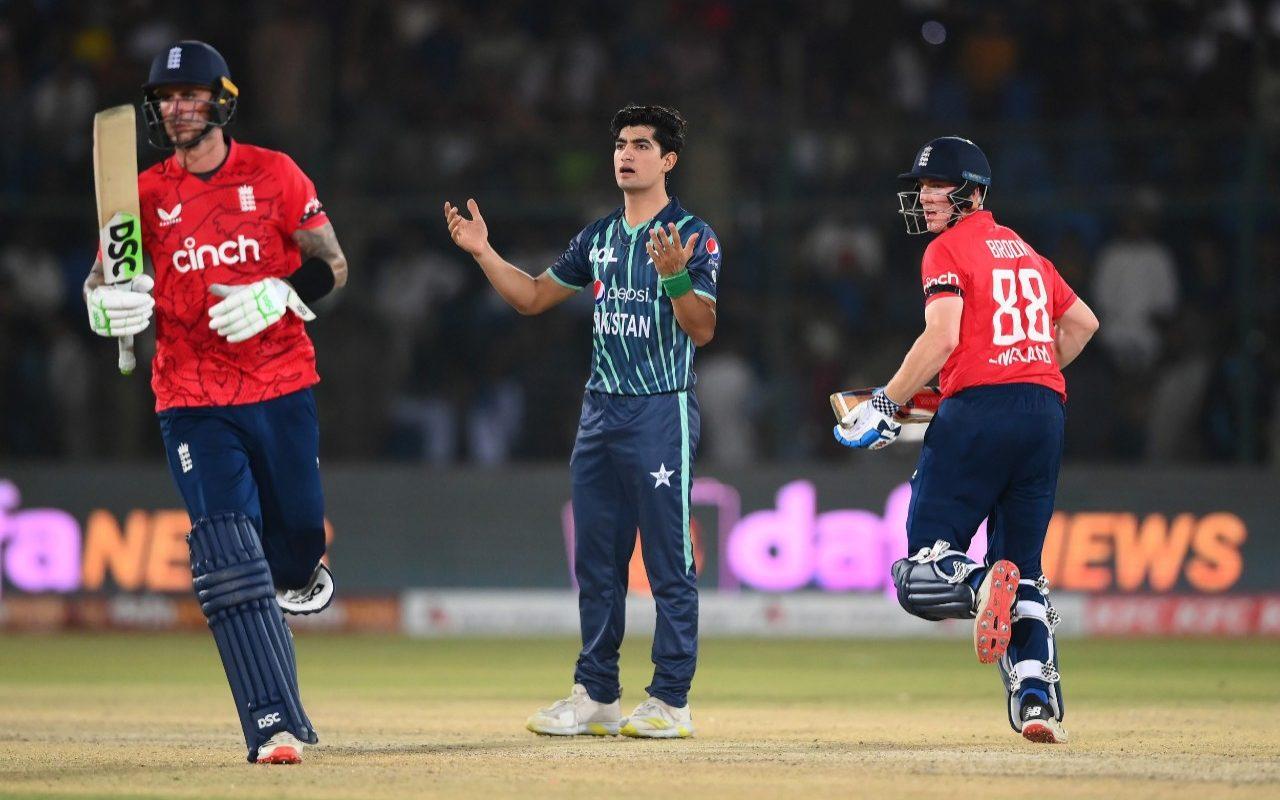 England defeated Pakistan by six wickets in the series opener

Alex Hales put on a spectacular show on his return, while Harry Brook completed the finishing job to help England beat Pakistan by six wickets in the first Twenty20 on Tuesday.

Earlier in the day, after being invited to bat, Pakistan got off to the perfect start courtesy of their openers Babar Azam and Mohammad Rizwan. Rizwan was the aggressor and Azam played along his merry way in an 85-run opening stand.

Once the skipper fell, runs were hard to come by. Only Rizwan managed to score freely, but the rest really struggled. Iftikhar Ahmed did strike a few meaty blows but Pakistan managed to post only 158 for 7 in Karachi.

Coming into England’s chase, Hales held from one end and had small decent partnerships through the innings with different batters. Hales was the mainstay as he batted brilliantly and notched up a fine half-century on his return to the national side.

Brook showed great maturity to help his side take a 1-0 lead in the series after Hales’s dismissal. Pakistan pacers went for runs, and the leg-spinner Usman Qadir was expensive but did get a couple of wickets while Mohammed Nawaz wheeled away at the other end.

This will be the 23rd time that Pakistan and England are playing each other in the T20I format with the latter winning 14 of those encounters played between the two sides whilst the former winning this fixture six times. One of the games between the two sides also ended in a tie in which England emerged victorious by virtue of super over whilst another game was abandoned.

This will however be the second game played between the two sides in Pakistan with the Three Lions winning the first game by six wickets.

Shan Masood (Pakistan): Shan Masood got the nod ahead of Fakhar Zaman, who is out of Pakistan’s squad due to a knee injury, after a brilliant stint for Derbyshire in county cricket and for Balochistan in the National T20 Cup. With 547 runs from 14 innings, Masood was in phenomenal form as he skippered Derbyshire to the quarter-finals.

The 32-year-old failed to make an impact after being slotted into the playing XI in the last game at No. 4. It is important to note that while Masood has opened for most of his career in T20Is, he played at No.4 for Balochistan and was in decent form. Nevertheless, with Fakhar Zaman out, the likely position for him seems to be No.3.

Alex Hales (England): It may have taken an extraordinary toppling of dominos, beginning with Morgan’s retirement and culminating in Jonny Bairstow’s unfortunate slip on that Harrogate golf course, but the upshot is that Alex Hales is back, at the age of 33, for an opportunity he himself believed would never come again. In a strictly sporting sense, this chance is entirely on merit.

Since his banishment on the eve of the 2019 World Cup, Hales has become one of the pre-eminent T20 batters in the world, a fixture at franchise tournaments around the world – not least the PSL and the BBL, two competitions that make his recall for this World Cup winter all the more apposite.

But with Hales, of course, the cricket has never really been the issue – and as Mott conceded earlier this week, the dynamic with his “former friend” Ben Stokes is unlikely to develop much warmth in the interim. 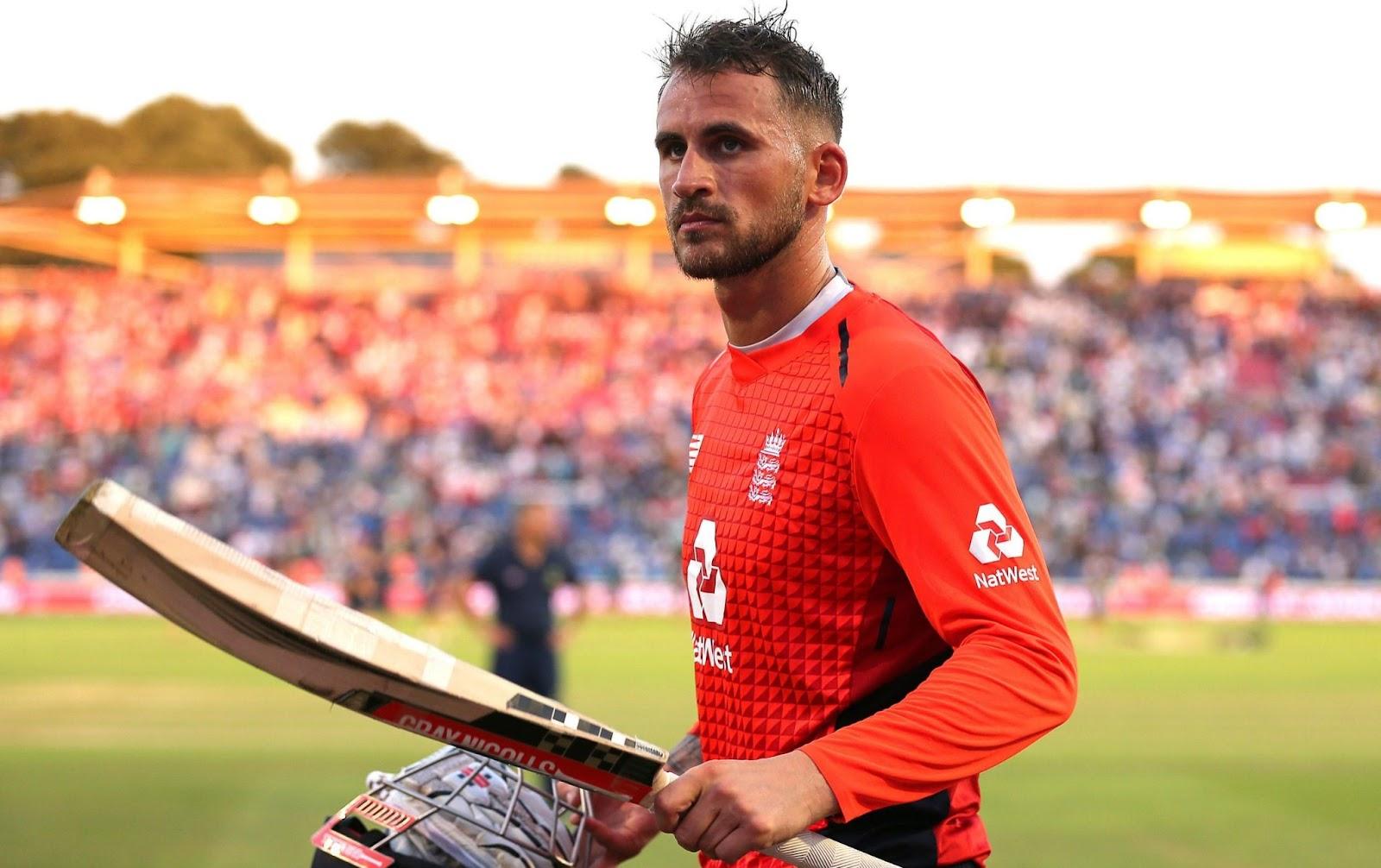 And yet, for a post-Morgan team that, during a trophy-less home summer, was beginning to drift without an identity, the optics of Hales’ recall may have far more long-term implications than his own contributions. It’s a sign from Mott and Jos Buttler that they are willing to break down a champion side in order to build it back up again.

Based on the current form, England will be the favorites to win their game against Pakistan. With the likes of Alex Hales, Luke Wood, Adil Rashid and Harry Brook showing excellent form in the series opener, the team management will be hoping for another clinical performance in this fixture.

On the other hand, Pakistan will have to deliver an exceptional batting performance to compete with England in this contest. We expect England to register another thumping win over Pakistan at Karachi.