NZ vs Pak: New Zealand and Pakistan will lock horns on Saturday in the first of two Test matches to make in the final of WTC 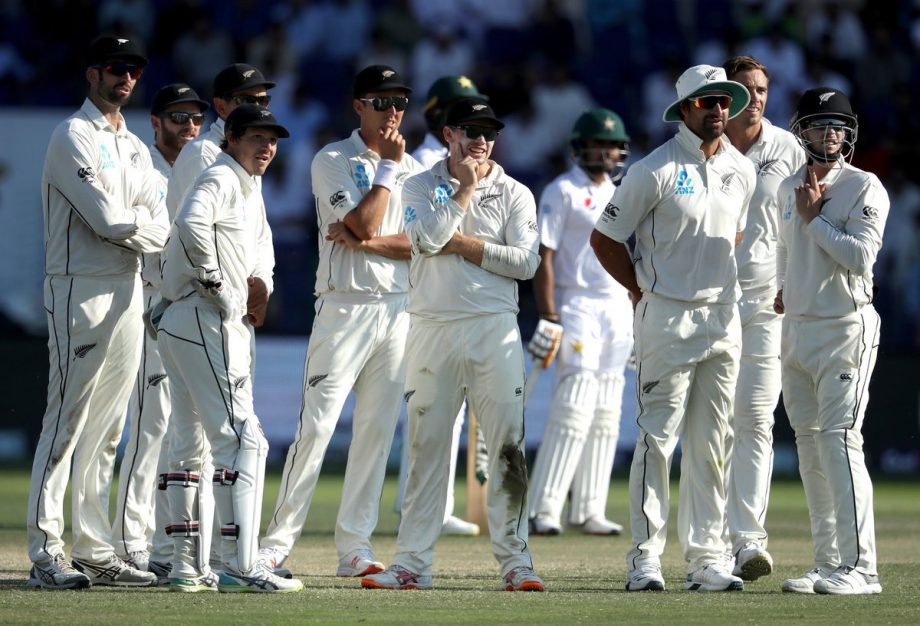 NZ vs PAK: New Zealand is eager to sweep Pakistan in the first of two Test match series starting from Saturday. This is the ‘Do or Die’ chance for New Zealand for the confirmation of their in the final at Lord’s. Pakistan is also passionate to find their ways in the WTC.

New Zealand all-geared up to make into the World Test Championship final as it is their final chance against the injured Pakistan Test side. They will play a two-match Test series against Pakistan starting from Saturday at Bay Oval in Mount Maunganui.

New Zealand is coming from rigid confidence as they beat West Indies by 2-0 in their recent home series and they need the same result in the coming two Test matches to make it in the final of WTC’s final that is going to be held at Lord’s in 2021.

And not only that, after the completion of T20I series under the captaincy of Shadab Khan. He himself got injured following a thigh injury, ruled out from the first Test as well. It is a very tough time going for Pakistan and they have to put on some real performances against a competent side like New Zealand. Muhammad Rizwan will lead Pakistan in the first Test at Bay Oval.

India and Australia are ahead of New Zealand in the WTC points table but India keep struggling against the hosts and New Zealand sweeps Pakistan in the two-match Test series, they have a real chance to make it in the final of WTC going to be held at Lord’s in 2021.

Kane Williamson who missed the second Test against West Indies for the birth of his child denies seeing the bigger picture.

“I think the context of that (Test championship) is great for the game in general, but our focus, as it was in the last couple of Tests, is to basically start again and adapt to the conditions that we’re going to have,”

“So it’s coming back to those basics for us and basically playing what is in front of us rather than getting too carried away with potential eventual things, who knows?”

‘It all depends on hard work’

Pakistan head coach, Misbah Ul Haq is optimistic and he believes that other players will stand for the side when they are going through some seriously tough times, but considering the odds New Zealand surely is favourite.

Pakistan ranks seventh in the Test rankings while New Zealand have equal points as Australia and they are on top of the points table.

New Zealand has a sustained batting side with ferocious pace bowling but there is only one question whether New Zealand plays the spinner Mitchell Santner or all-rounder in Daryl Mitchell.

Ross Taylor has a confirmed seat in the match which will make him the most capped Kiwi player to appear in 438 matches in all the three formats of the game.

New Zealand is preferring experience over young talent as Ross Taylor did not perform well in the 10 innings with an average of 18.3, not good for a specialist Test batsman as Will Young and Devon Conway waiting for their turn in the pavilion.

Henry Nicholls was going through the same out of form situation but he managed to confirm his seat in the Test matches against Pakistan with his brilliant 174 runs knocks against West Indies in the second Test match.

The Bay Oval ground is green and welcoming for pacers which will favour New Zealand bowling attack of Tim Southee, Trent Boult, Neil Wagner and Kyle Jamieson but Pakistan new captain, Muhammad Rizwan says he is positive and things can go towards their side.

“It doesn’t matter if (the pitch) has grass on it. The grass is the same for us as it is for the New Zealand side. It all depends on hard work. Whoever does the hard work is going to get the result.”