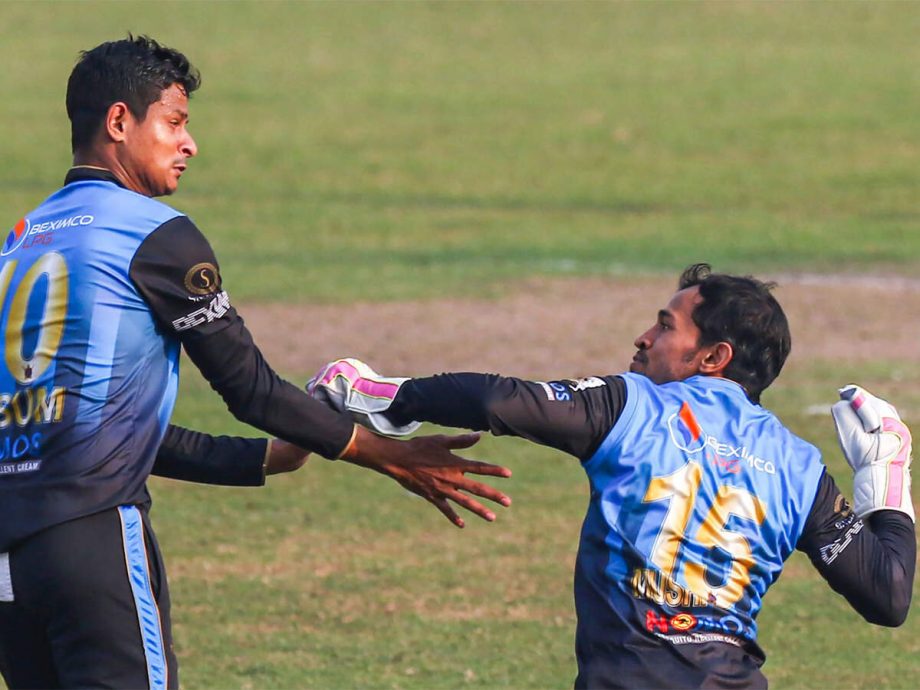 The Bangladesh wicket-keeper batsman, Mushfiqur Rahim almost tried to hit his fellow mate over a collision of catch in a domestic T20 in Bangladesh. Mushfiqur Rahim shared a post on Facebook, apologizing to his teammate for showing anger on the field.

The former Bengal captain, Mushfiqur Rahim had an angry encounter with his teammate on the field during a domestic T20 tournament on Tuesday. The wicket-keeper batsman got angry on Nasum Ahmed over a collision while going for a catch. Mushfiqur Rahim got the catch, but he showed a gesture as if he was to throw the ball at Nasum or tried to hit him.

He was criticised by media as well as social media platforms for showing this immature behaviour after having huge experience in the field. It was a Bangabandhu Twenty20 Cup’s match played between Beximco Dhaka side and Fortune Barishal. He was fined by the match referee after the end of the game for showing non-professionalism in the sport.

“First of all… I would like to apologise to all my fans and spectators regarding the incident that happened yesterday,”

the former captain, captioned this on his Facebook page.

“I have already apologised after the game to my fellow team-mate Nasum”.

“I am a human being above all and the gesture that I have shown was not acceptable. I promise it won’t be repeated,”

the post contained a photo of Mushiqur Rahim and Nasum Ahmed sitting together.

The Bangladesh cricket board fined the cricketer with a quarter of his match-fee. He was warned by the referee and the cricket board for his immature behaviour. He was not expected to behave like this after playing so much cricket at International level.

“We considered his track record, which is good, but he was warned that if the act is repeated he would be in trouble,”

Although, his team, Beximco Dhaka won that match by 9 runs and qualified for the final of the tournament going to be held on December 18th.