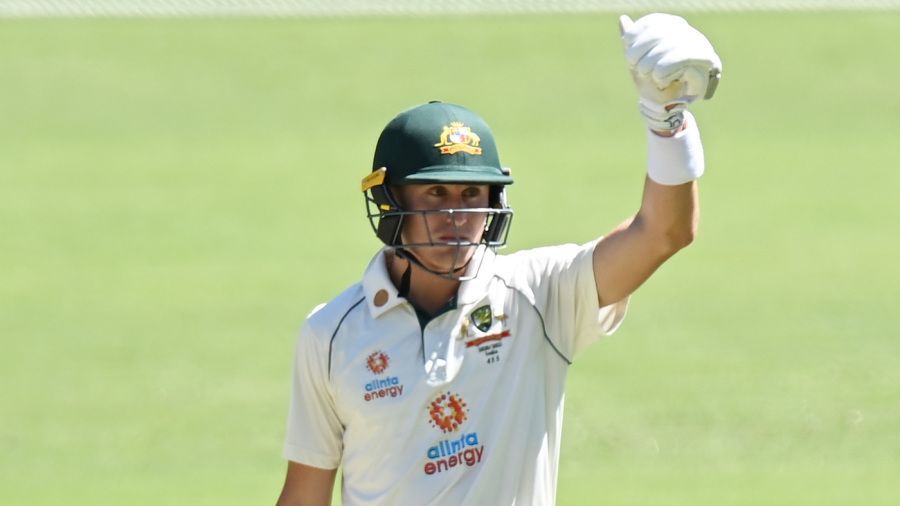 Marnus Labuschagne scored his first century of the series as his knock of 108 was the highlight of Australia’s day at the Gabba in Brisbane against India on Friday. The hosts reached 274/5 at the end of the first day’s play in the fourth and final cricket Test match with Tim Paine and Cameron Green at the crease while India yet again endured a tough day on the field.

India handed Test caps to two new players—spinner Washington Sundar and left-arm fast bowler T Natarajan—as they also brought in right and seamer Shardul Thakur to partner with Navdeep Saini in their four pronged bowling attack. However, Saini hobbled off the pitch during the day’s play having suffered an injury to his groin which she was taken for scans.

It was Australia who chose to bat first after winning the toss but they were quickly reduced to 17/2 with both their openers David Warner and Marcus Harris falling for cheap. A 70-run stand for the third wicket between Steve Smith (36) and Labuschagne.

Labuschagne added another 113 runs with Matthew Wade for the fourth wicket which powered Australia further, but they both fell in quick succession in the final session. While Wade missed his half-century, Labuschagne got to his fifth Test century and eventually fell for 108 from 204 balls with 9 fours.

Towards the end of the day, the hosts pushed along well with an unbeaten 61-run stand for the sixth wicket between Paine (38*) and Green (28*). For India, Natarajan claimed 2/63 while the others in Thakur, Mohammed Siraj and Sundar  bagged one wicket apiece.

India, who are severely depleted for this Test match, and are playing with what can be said as a third-string attack, still had a mixed day on the field. They gave two lifelines to Labuschagne when he was dropped once by each Ajinkya Rahane and Rohit Sharma.