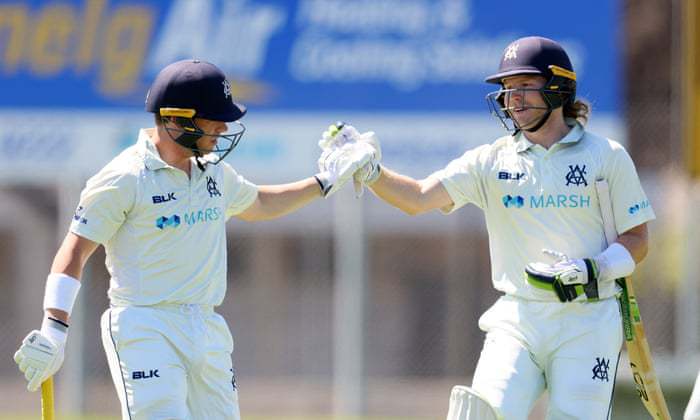 Australia cricketers Marcus Harris and Will Pucovski have broken a 30-year-old record held by Waugh brothers Mark and Steve in the country’s premier domestic championship Sheffield Shield, putting up the highest partnership for the opening wicket adding a monumental 486 runs for Victoria against South Australia.

On the third day of their Sheffield Shield clash, the pair resumed on 418 for no loss with Pucovski batting on 199. He brought up his second double century on the first ball of the day.

The left-handed Australian opening batsman Harris was given a lifeline by Callum Ferguson when the team’s total was 436. Harris’ cover drive helped the pair break the record set 30 years ago by Mark Waugh and Steve Waugh at the Western Australia Cricket Association (WACA) Ground in Perth in 1990-91.

The pair looked set for bringing up their 500 runs but South Australia managed to break the partnership eventually, when Wes Agar got Harris caught behind.