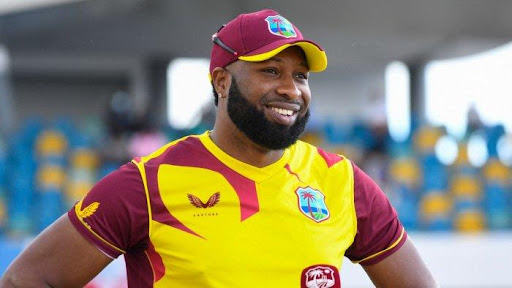 West Indian all-rounder Kieron Pollard announced retirement from International cricket. He took it to social media to bid farewell to his career.

The star all-rounder Kieron Pollard, who was the former captain of the West Indian limited-overs team and played a total of 123 ODIs and 101 T20Is, has taken it to the social media on Wednesday to announce his retirement from the International cricket.

He has been an integral part of the Mumbai Indians team in the Indian Premier League for a few years and was retained by the franchise in the mega auction in February this year.

Pollard posted the video message on his Instagram account in which he announced the news of his retirement. He was also part of the West Indian team that won the 2012 ICC World T20 Title but missed out on the squad for the second T20 World Cup Title in 2016 as he missed the tournament due to injury.

“After careful deliberation I’ve today decided to retire from international cricket. As is the case of many young people it was a dream of mine to represent the West Indies team from the time I was a boy 10 years and I’m proud to have represented West Indies cricket for over 15 years in both the T20 and ODI forms of the game,”

“I can still vividly remember making my international debut in 2007 under the leadership of my childhood hero, Brian Lara. Wearing those maroon colors and playing alongside such greats has been a privilege that I never took lightly, soul in every facet of the game – whether bowling, batting, or fielding,”

The 34-year-old made his ODI debut back in 2007 and played his series against India, a country that would be his second home due to his long association with Mumbai Indians.

“Hi all, after careful deliberation, I have decided to retire from international cricket. It was a dream of mine to play for West Indies since I was a 10-year-old boy and I am proud to represent the West Indies for over 15 years in T20 and ODI format of the game,”

While the highlights of his International career were him hitting six sixes to Akila Dananjaya in a single over in a T20I, the right-hand batter never featured in the Test cricket