Kane Williamson praises the chase of Pakistan in the third T20I at McLean park, says Pakistan “Showed their class” 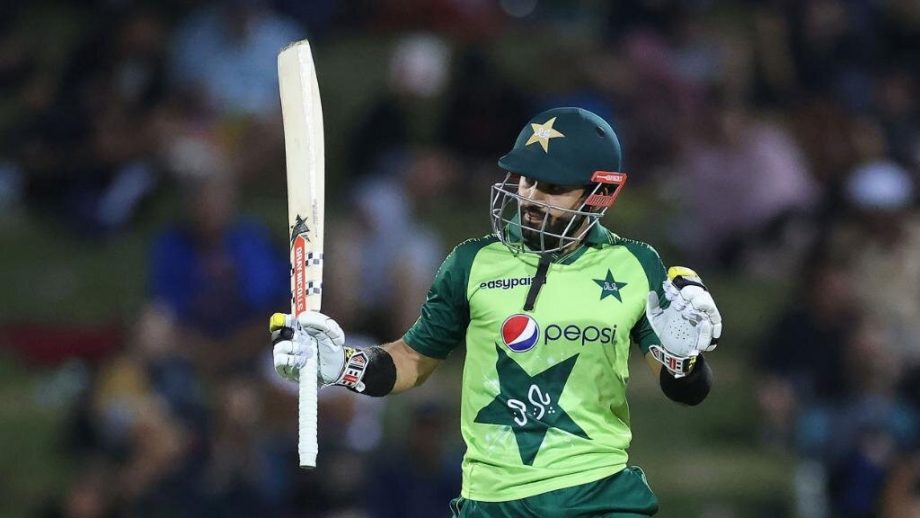 Pakistan chased down 177/6 against New Zealand at McLean Park in the third T20I with 2 balls to spare. Muhammad Rizwan was the man the match as his brilliant 89 (59) saved Pakistan from an embarrassing white-wash against Kiwis in a three-match T20 series.

The recently announced Test captain, Muhammad Rizwan has shown a leadership quality in his blistering knock of 89 (59) in the third T20I against New Zealand on Tuesday, which saved Pakistan from an embarrassing white-wash against Kiwis.

Under the supervision of Rizwan, Pakistan chased down the good-looking 173/7 set by Kiwis in the first innings. Iftikhar Ahmed hit a monster in the final over to finish the match for Pakistan with two balls to spare. Kane Williamson also praised Pakistan’s strategy of chasing such a total. He said that I was satisfied with the total but Pakistan showed their class and made this total look like an easy win with amazing partnerships.

“Pakistan played really well tonight. I thought our first innings total was a very good one, and life is tougher in the second innings but they showed their class. You have to play really well to chase a total like that. They had good partnerships and it was tough to break it. They executed their plans really well but I guess I am pretty happy with the performance of our guys,”

said Williamson in a post-match conference.

“It was tough to operate with the dew and one man down, but the boys tried their best. I don’t know what the injuries are just yet, but I hope they recover quickly because they are class players. But the guys showed a good attitude, they stuck through it. It has been a really good T20 campaign and I’d like to take the opportunity to thank the Pakistan team for coming to our shores,”

New Zealand won the T20I series but Pakistan ending the series with a win will help them in starting the Test series with a positive mindset. The first Test match starts on December 27th under the captaincy of Muhammad Rizwan.

‘Big honour for me’

Earlier today, Pakistan won the toss as they did in the first two matches but there was a change of plans. They batted first in the first two games but it did not work out for them but change tactics worked fine as Pakistan chose to bowl after winning the coin.

Muhammad Rizwan and Haider Ali were off to a good start while chasing but Rizwan lost his partner on 40 runs, Haider Ali dismissed on 11. Coming off from his unbeaten 99 in the second T20I, Professor Hafeez joined Rizwan and they made a match-winning 72 runs partnership. Muhammad Rizwan made a career-best figure of 89 (59).

“We lost the series but the last match is very important for the next series. We wanted to create energy in this match so we took the momentum into the test match. It’s a big honour for me to be named captain of Pakistan. It’s a dream for me and I can’t explain my happiness,”

Rizwan expressed his excitement in a post-match conference.

There was heart in mouth moments when Tim Southee picked up the wickets of Faheem Ashraf and Shadab Khan in two consecutive balls, the score was 163. Iftikhar survived the hat trick ball and smashed a monster out of the park to finish the game with two balls to spare.

In the first innings, Guptil and Seifert were looking for a decent start after putting up a 40 run partnership in the 5th over. But Guptil dismissed again as he made a solid start and could not continue. Haris Rauf picked up his wicket, Shadab Khan took the catch.

Captain Williamson was in good touch but he also could not stand long as he only played only 4 deliveries before Faheem Ashraf bowled him on 1. Faheem Ashraf did a great bowling spell from Pakistan as he bowled out Tim Seifert who was in fine touch in the last two matches, scored half-centuries in both.

Devon Conway (63) and Glenn Phillips (31) gave a strong foundation to the innings before New Zealand reached the total of 173/7 in 20 overs.