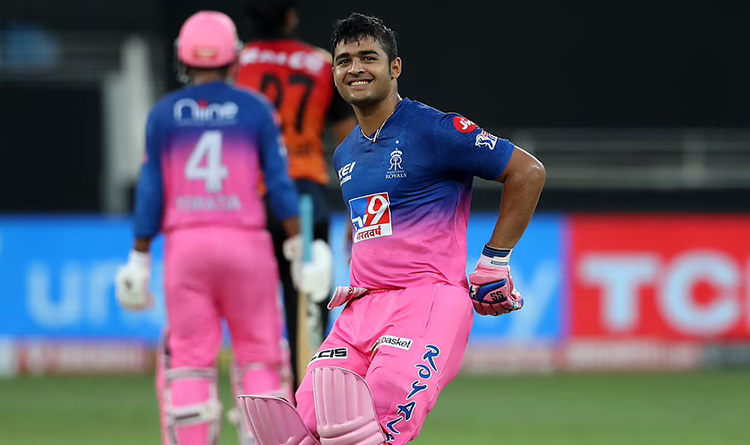 The beauty of the 13th edition of the Indian Premier League is to see big international stars sharing the dressing room and witness an exchange of culture and lifestyle between the players of the eight franchises.

The same was seen after the Rajasthan Royals emerged above Sunrisers Hyderabad by five-wicket wins in Game 26 on October 11, 2020. Both batsmen, Parag (42 * of 26) and Tewatia (45 * out of 28), were amazing as they went through the crease despite the pressure.

After hitting smashing six, 18-year-old Riyan Parag threw off his helmet and let go of his bat to do Bihu dance. It was pure to do a party dance for loved ones, and the fans enjoyed it.

“I saw you are dancing last year after taking a wicket last year,” commented Rahul Tewatia.

“Yes, yes, this is our traditional dance in Assam,” Riyan Parag replied.

After the match, Parag gave Tewatia a crash course, teaching her a basic movement of traditional Assamese dance, and viewers can attest that Rahul did it!

In the video, Parag explained that “he was motivated to dance due to the stadium players. He explained that some of them were from Assam and urged him.” “They were there. So for them, I did it in the excitement of the moment,” he joked.

As Tewatia pointed out, this was not the first time Parag had performed the Bihu dance in the Indian Premier League. Spinner Assam fired RCB’s Gurkeerat Singh in the only game he played against Virat Kohli’s side in IPL 2019 and displayed the same dance as a celebration.