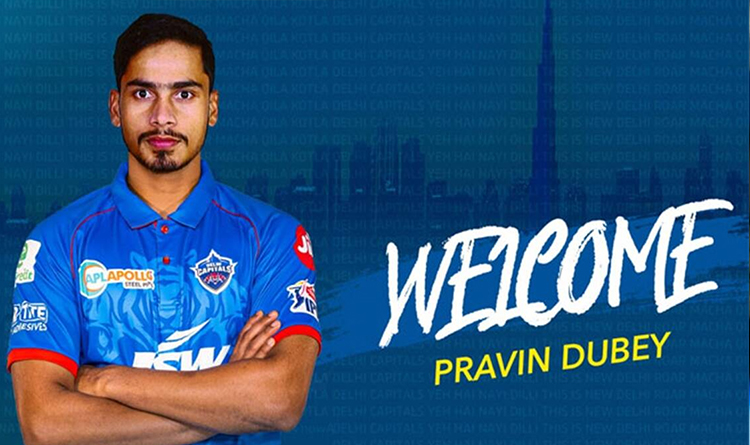 On Monday, the Delhi capitals appointed Karnataka leg-spinner Pravin Dubey to replace spinner Amit Mishra, who was kicked out of the IPL due to an injured finger.

The Delhi Capitals (DC) currently leading the points table with seven wins from nine matches. However, there are many camp injuries, with Ishant Sharma and Amit Mishra being left out. Even for the last three games, Rishabh Pant was on the sidelines and is expected to play in the next games.

In the meantime, the DC franchise has recruited Karnataka leg-spinner Pravin Dubey to replace Amit Mishra.

“The Delhi capitals have announced the signing of 27-year-old leg player Pravin Dubey to replace Amit Mishra for the remainder of the Dream11 Indian Premier League,”

Mishra was excluded from the tournament after injuring his bowling arm’s ring finger during the Delhi Capitals’ game against Kolkata Knight Riders in Sharjah on October 3.

“The 37-year-old has undergone surgery and is recovering right now,” the statement added.

“I’m happy because it allows me to showcase my talent,” Dubey told media.

Now that he has a chance, Pravin Dubey will be keen to collect the brains of Ravi Ashwin and Axar Patel, who are already doing well this season.

Although Delhi has the best spinners on the team, they have decided to add another spinner to their line-up.