India is leading the three-match ODI series against New Zealand by 2-0.

India will be squaring off against New Zealand in a dead rubber encounter on Tuesday at the Holkar Cricket Stadium in Indore. The Men in Blue, led by Rohit Sharma, have already booked the ODI trophy by winning the first two One Day Internationals by 12 runs and eight wickets, respectively.

India’s bowling line-up deserves a pat on the back for their stunning performance in the series so far. The duo of Mohammed Siraj and Mohammed Shami have been absolutely sensational, with five and four wickets respectively to their name. Meanwhile, the batters have done equally well as they held their nerves on tricky wickets of Hyderabad and Raipur.

Coming to New Zealand, the team has failed to live up to its reputation in both departments, whether batting or bowling. The top-order and middle-order batters need to show character and put up a strong fight against a lethal Indian bowling unit. Meanwhile, the team will also be hoping for more refined bowling by the seamers.

After winning the first two One Day Internationals, India are unlikely to break their combination. The hosts are expected to play with the same playing XI and record a clean sweep for the second consecutive time in the 50-over format.

As far as the Blackcaps are concerned, they will also not be bringing any change to the team from the second ODI. The visitors will be eager to bounce back on Tuesday to avoid a whitewash.

What has happened so far?

In the three-match series so far, India has emerged as a dominating side with a lead of 2-0. Rohit Sharma & Men kick-started the 50-over format with a win by 12 runs. It was a thrilling affair as the players from both teams fought tooth and nail to get off to a winning start.

Winning the toss in the first ODI, India posted a score of 349 runs in their allotted 50 overs. Shubman Gill was the wrecker-in-chief for the team with his spectacular inning of 208 runs off 149 balls.

Batting in the second innings, New Zealand was heading for an early defeat, but Michael Bracewell delivered the best performance of his international career. His knock of 140 runs off 78 balls helped the Kiwis put up a fight, but in the end, they fell short of 12 runs.

The second One Day International witnessed the carnage of the Indian bowlers. New Zealand’s batting line-up collapsed like a pack of cards as Mohammed Shami picked three wickets. Tom Latham’s team racked up only 108 runs on the scoreboard and chasing the below-average score was like a cakewalk for the Indian team.

The opening duo of Rohit Sharma and Gill stitched a partnership of 72 runs in the middle as India won the game in just 20.1 overs. There was nothing significant on the board for the New Zealand bowlers to defend. 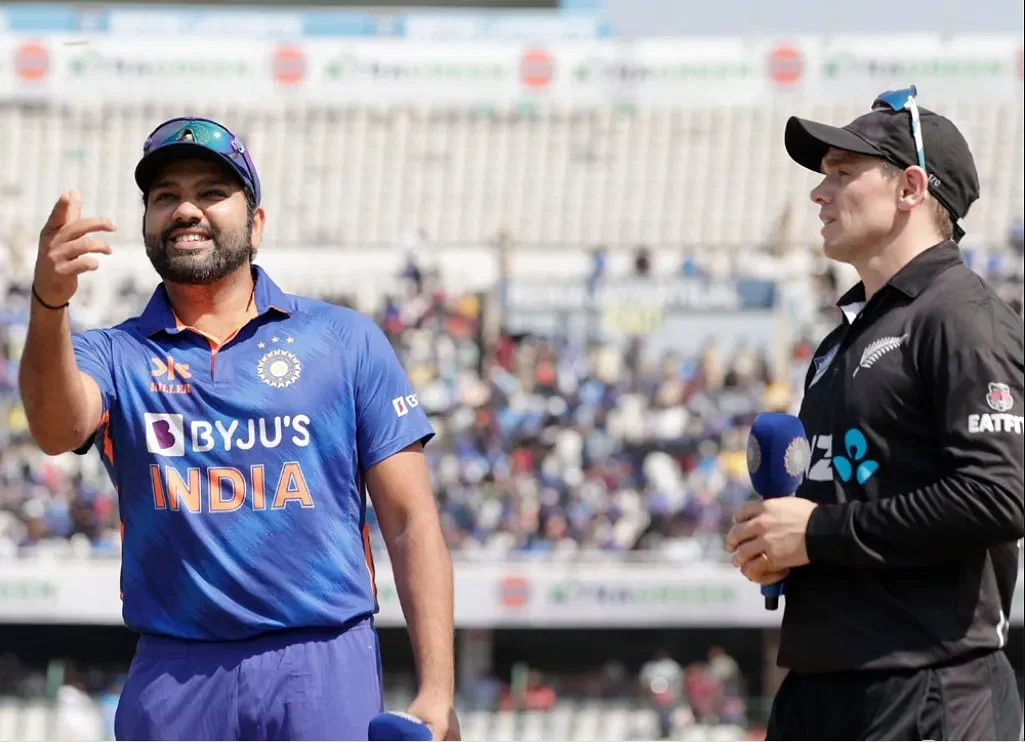 India and New Zealand have locked horns with each other in a whopping 115 One Day Internationals so far. India is leading the head-to-head records with 57 wins to their name while the Blackcaps have scored a win in 50 matches. As many as seven One Day Internationals between the two teams did not fetch any result while one game ended in a tie.

The Men in Blue have already scored a win in the current three-match series by 2-0. However, in their last ODI series in February 2020, it was New Zealand who dominated the visiting India by recording a victory by 3-0.

Shubman Gill has been the force to reckon with for the Indian team in the ODI series so far. The opening batter is topping the run-scoring charts with a whopping 248 runs to his name at an average of 248 and a strike rate of 122.77.

Gill kick-started the One Day series with a double-hundred and followed it up with an unbeaten knock of 40 runs in the second game. The odds are in the favor of the Gujarat Titans batter causing carnage on the field once again.

Michael Bracewell was a true warrior for New Zealand in the first One Day International as he smacked his second international century. Chasing the score of 350 runs, New Zealand was in trouble, but Bracewell’s knock of 140 runs off 78 balls helped them fight till the very end.

The all-rounder could not make much impact in the second One Day International as he was dismissed at a score of 22 runs. However, we are backing him to bounce back and churn out a match-winning performance for the Kiwis.

Undoubtedly, India will have an edge when they play against New Zealand in the final One Day International. The Men in Blue have excelled in all three facets of the game, be it batting, bowling, or fielding to take an unassailable lead of 2-0 in the three-match series.

Though India will have the momentum on Tuesday, New Zealand has the talent and resources to upset the favorites.