After emerging victorious in the opening encounter, Men in Blue are now marching towards the forthcoming face-off to seal their seventh straight ODI series triumph at home. New Zealand will be playing their hearts out to keep themselves alive in a three-match bilateral competition and level up the series.

Raipur’s Shaheed Veer Narayan Singh International Stadium will be hosting this high-voltage contest of cricket between India and the Blackcaps on Saturday.

In a surprising turn of events, New Zealand’s strike spin-bowling option Ish Sodhi missed the opening game of the series owing to an ankle injury. The stand-in Kiwi captain Tom Latham was quite confident about his recovery for the remaining matches but it’s still unclear whether the 30-year-old Ludhiana-born leggie will be back to match-fitness before the Raipur game.

Also. Latham needs to step up and promote himself in the batting order, especially after the failure in the previous game which led them to an early crisis.

The Men in Blue somehow managed to get away with a win in the first game but their bowling performance was not up to the mark and needs significant improvement. The Jammu Express, Umran Malik may barge into the lineup adding a key factor of his speed to the Indian pace battery. Meanwhile, Shahbaz Ahmed is also lining up to make it to the playing XI as Washington Sundar had a sub-par individual outing with bat and ball as well.

Team India edged past New Zealand by 12 runs in the opening encounter of the bilateral contest after keeping their nerves in the decisive moments and demolishing the revolt of visitors. Captain Rohit’s decision of batting first turned out to be a crucial one as his team was able to put up a total of 349 after having a stable start. Shubman Gill played a solid knock despite wickets kept falling on the other end and battled out the Kiwi bowling unit till the 50th over. 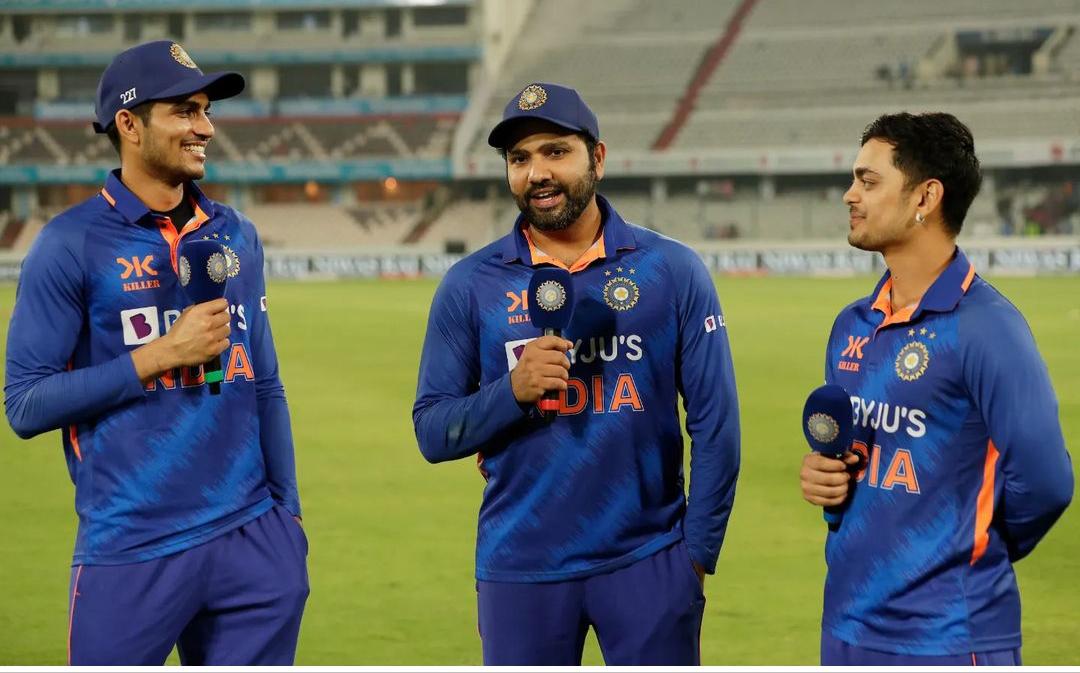 Rohit and Ishan welcomed Shubman Gill into the 200 club

Gill played an innings of a lifetime to bring up his double-century scoring 208 runs from 149 balls which eventually earned him the honor of Player of the Match. The 23-year-old became the youngest double-centurion in the One-Day Internationals joining the likes of Sachin Tendulkar, Virender Sehwag, Rohit Sharma, and Ishan Kishan in 200-Club for India.

While chasing a humongous target, the Kiwis’ batting lineup suffered early collapses as six of their batters were dismissed at the team score of 131. Then the two left-arm all-rounders Michael Bracewell and Mitchell Santner stepped up for Blackcaps to pioneer a 162-run partnership for the seventh wicket.

Unfortunately, the incredible revolt of the visitors could not get its climax as the Indian pace battery drastically excelled in the death overs to bundle them down inside 49.2 overs. Bracewell earned widespread praise despite ending up on the losing side after the Wellington all-rounder smashed the second ton of his international 50-over career.

After their recent triumph in Hyderabad, the Men in Blue have amplified their head-to-head lead over the eastern counterparts with a deficit of 6 wins. India is now standing on 56 victories from 114 encounters with the Blackcaps at a success rate of 49%. On the other hand, New Zealand’s undefeated streak of 8 matches finally came to an end as their win count of 50 against the two-time world champions remains unaffected.

The two cricketing giants have shared the bilateral battlefield 15 times in the 50-over format since the first encounter in 1975-76. The first two chapters of this rivalry were won by Blackcaps while they also whitewashed the Asian giants in the last two contests held on Oceanian soil. India is leading the ODI series record on a head-to-head scoreline of 7-6 and holds the status of Invincibles at home.

Mohammad Siraj: Despite delivering a match-winning performance in the First ODI, his efforts were overshadowed by the momentous innings of Shubman Gill. While playing in front of the home crowd at Rajiv Gandhi International Stadium, Siraj emerged as the highest wicket-taker of the match bagging four wickets at an economy rate of just 4.60.

His dismissal of Mitchell Santner in the 46th over turned out to be the game-changing moment as it shifted the momentum towards the home side.

Michael Bracewell: His diligent knock of 140 from 78 balls will certainly go down one of the best batting performances given by a foreign batter. The 31-year-old all-rounder would have pulled off a miraculous comeback at Hyderabad but no other Kiwi batter except Santner could extend support to him. 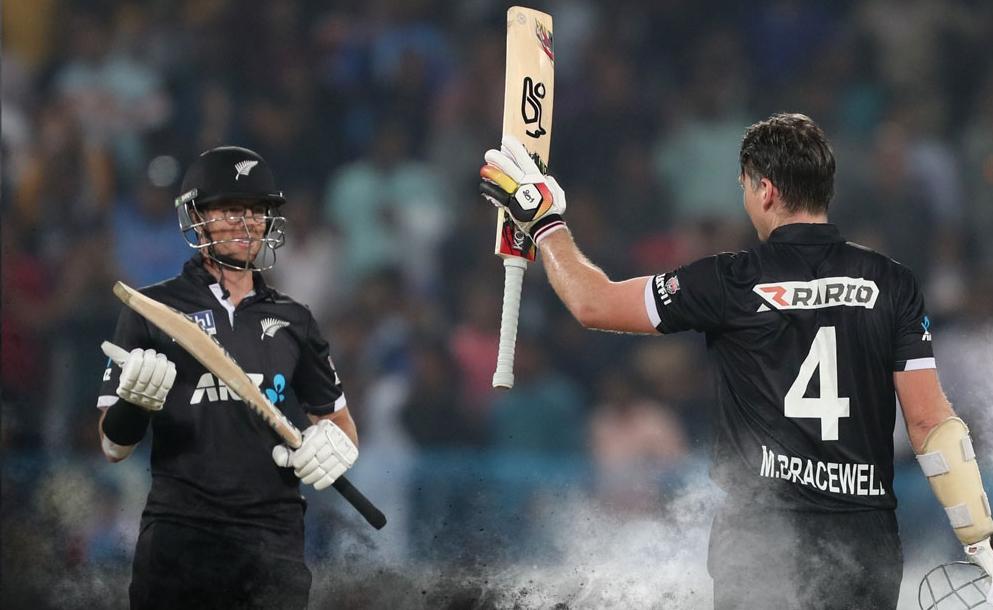 Bracewell who fought bravely till the last ball of the innings and missed out on glory from the shortest distance will be posing the biggest threat in the forthcoming fixture.

The key to success for the visitors is to daunt the high-profile Indian batting lineup and then utilize the opponent’s bowling weaknesses to overpower them once again. The winning momentum makes India the favorites to win this contest and ensure their claim on the series trophy.

However, they must not replicate the blunder of pushing back to the comfort space from a commanding position and make room for the opposition to stage a comeback.